Volunteers of Eastern Harvest, operators of a Food Bank in Koforidua in the Eastern Region, have called on civil society and other private individuals and companies, to assist the Eastern Harvest Food Bank, to continue its mandate of giving free food items to the poor and needy, aged and widows in the community.

The non-profit organization has supported over 2,000 beneficiaries, all above the age of 50, since its inception three months ago.

Eastern Harvest successfully set up the Food Bank which has since been providing food items including rice, oil, tomato paste, milk, sugar, wheat, among other things, to its numerous beneficiaries, spanning the aged, widows, pensioners and the vulnerable in Koforidua and its environs. 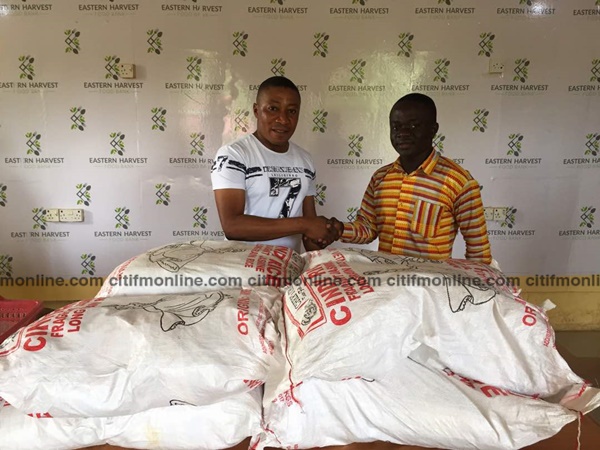 A 2014 report by the Food and Agricultural Organization (FAO), on the state of food security in the world, indicated that, 805 million people in the world – with 60% of them being women and 200 million of them children under 5 years – do not have enough to eat, while one in every nine people on earth goes to bed on an empty stomach.

Statistics indicate that, at least 45% of Ghana’s population lives on less than US$ 1.25 a day, making it difficult for them to afford one-square meal each day. 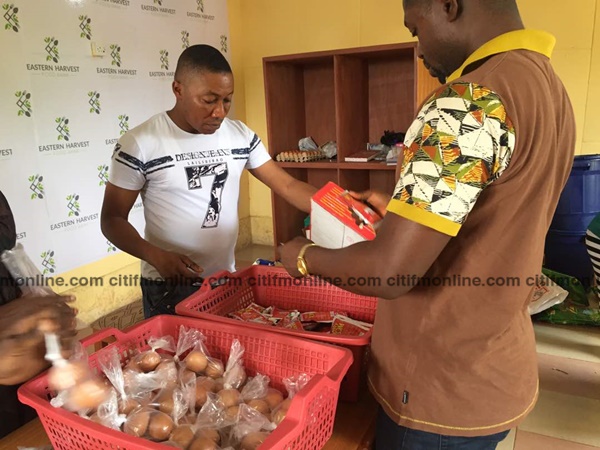 This was made known by the Director of the Eastern Harvest Food Bank, Eric Darko, when management of Joy Industries volunteered to support the distribution of food to the beneficiaries.

The Chief Executive Officer (CEO) of Joy Industries, Dr. Harrison Tetteh, who also donated bags of rice to support the Food Bank, was impressed with activities at the Bank.

“I am very happy to have taken time off my [busy] schedule to come and volunteer here to serve our pensioners. I must say the feeling of giving back to people is very great which needs to be our lifestyle,” he said.

“In my Interactions with the old people, I realized that they have a lot of challenges, some widows who spoke to me expressed their joy and the relieve the creation of the food bank has brought to them, and this indicates that we should help one another.”

Dr. Harrison Tetteh then assured the management of Eastern Harvest Food Bank of his continued support for the project, and also called others to follow suit.

“I am really impressed with the work these guys are doing here at the Food Bank. Joy Industries will continue to support it in every way we can, we will do our best to also put smiles on the faces of the widows and other pensioners. I believe it is time we cultivated and activated the habit of giving. You do not need enough to be able to give out at least a share of the small you have with others, and God will ensure you have enough, so let’s all come on board to support the food bank”. 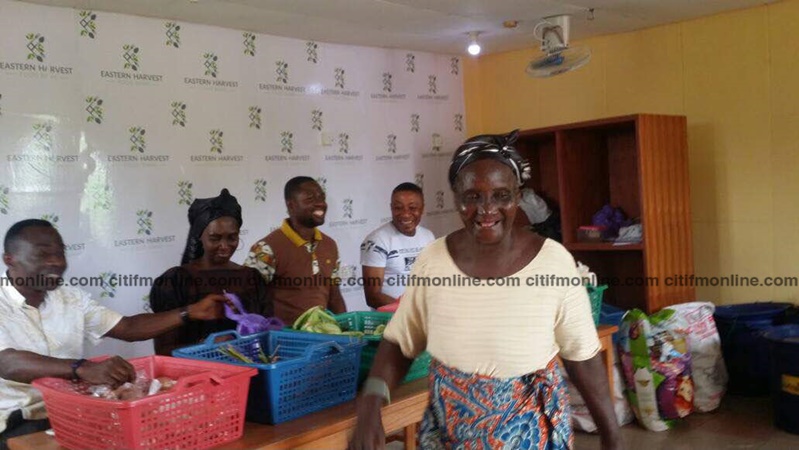 The Director of Eastern Harvest Food Bank, Eric Darko, who was very appreciative of the kind gesture from the management of Joy Industries, in an interview with Citi News, called on the media to help educate the general public on the importance of food banks.

“Eastern Harvest Food Bank has fed almost 2,000 beneficiaries within three months since we started our operations in Koforidua. Food distribution is currently done twice a week (Tuesdays and Thursdays), due to limited donations we receive, we want the youth in particular, and every well meaning Ghanaian to make it an effort to even contribute a cedi either daily, weekly or monthly to help us support our pensioners and aged who are in our communities,” he said.

“Public education is our major challenge since most people in Ghana are not familiar with food banks. I believe adequate exposure of our activities will encourage more people to volunteer and donate to support the food bank”.