Gov’t to focus on tech., maths and engineering at basic level

President Akufo-Addo has directed the Ministry of Education to draw up programmes to strengthen and upscale the study of Science, Technology, Engineering and Mathematics (STEM) from the basic level.

He said this is part of the educational reforms being undertaken by his government to promote science, technology and innovation in the country.

[contextly_sidebar id=”1dXwJBixjfKXaCiEGP1JUY9HHHj0fEgX”]According to him, the aim of his government is to enroll more science students in the country’s educational system, “so as to achieve our initial target of 60% science students in our technical institutions.”

Additionally, the President indicated that, his government has drawn up very elaborate programmes and strategies to strengthen Technical, Vocational, Education and Training (TVET) at all levels of the educational system.

“It is my conviction that TVET is one of the main strategic policies of government aimed at the development of Ghanaian human resources. The major objective of TVET is to prepare people for the job market so that they can be productive and be of use to themselves, their families and society at large,” he said. 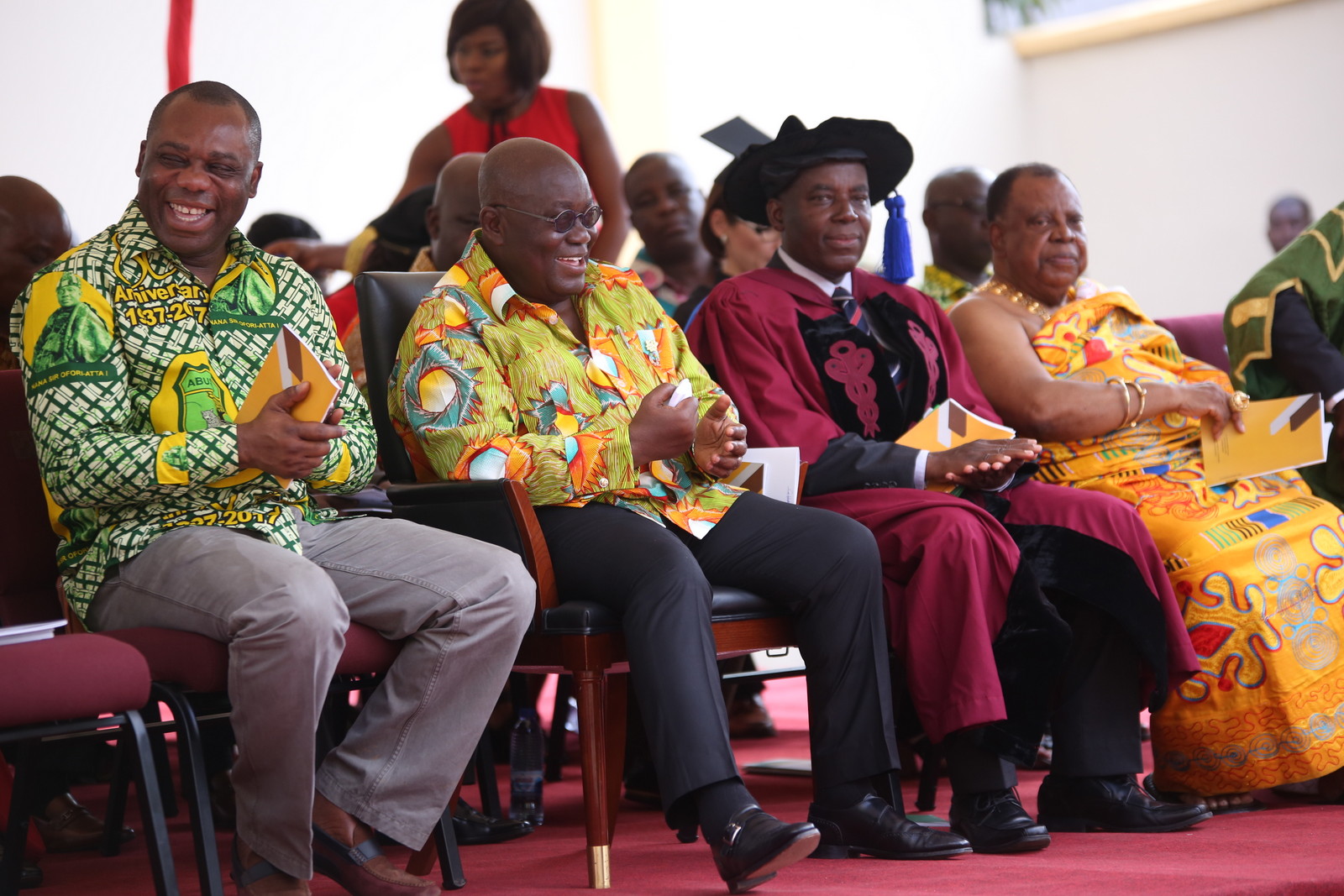 President Akufo-Addo made this known when he delivered a speech at the 20th convocation and graduation ceremonies of the All Nations University College, in Koforidua, in the Eastern Region on Saturday.

While reiterating his commitment to increasing the funding for research and development, the President noted that, in the short to medium term, one per cent of GDP will be devoted to that.

“Eventually, this will be raised to 2.5% of GDP in the long term. R&D funds will be made available for all research activities in both public and private educational and research institutions. It will take some time, but I am convinced that eventually, Ghana will reap the expected benefits of the policies that have been put in place to transform education,” the President said.

President Akufo-Addo congratulated the All Nations University College (ANUC) on its historic satellite launch earlier in 2017.

“I come here today with a sense of pride in view of your recent achievement in launching GhanaSat-I into space. Indeed, your achievement has put Ghana on the map of nations that are venturing into space.” 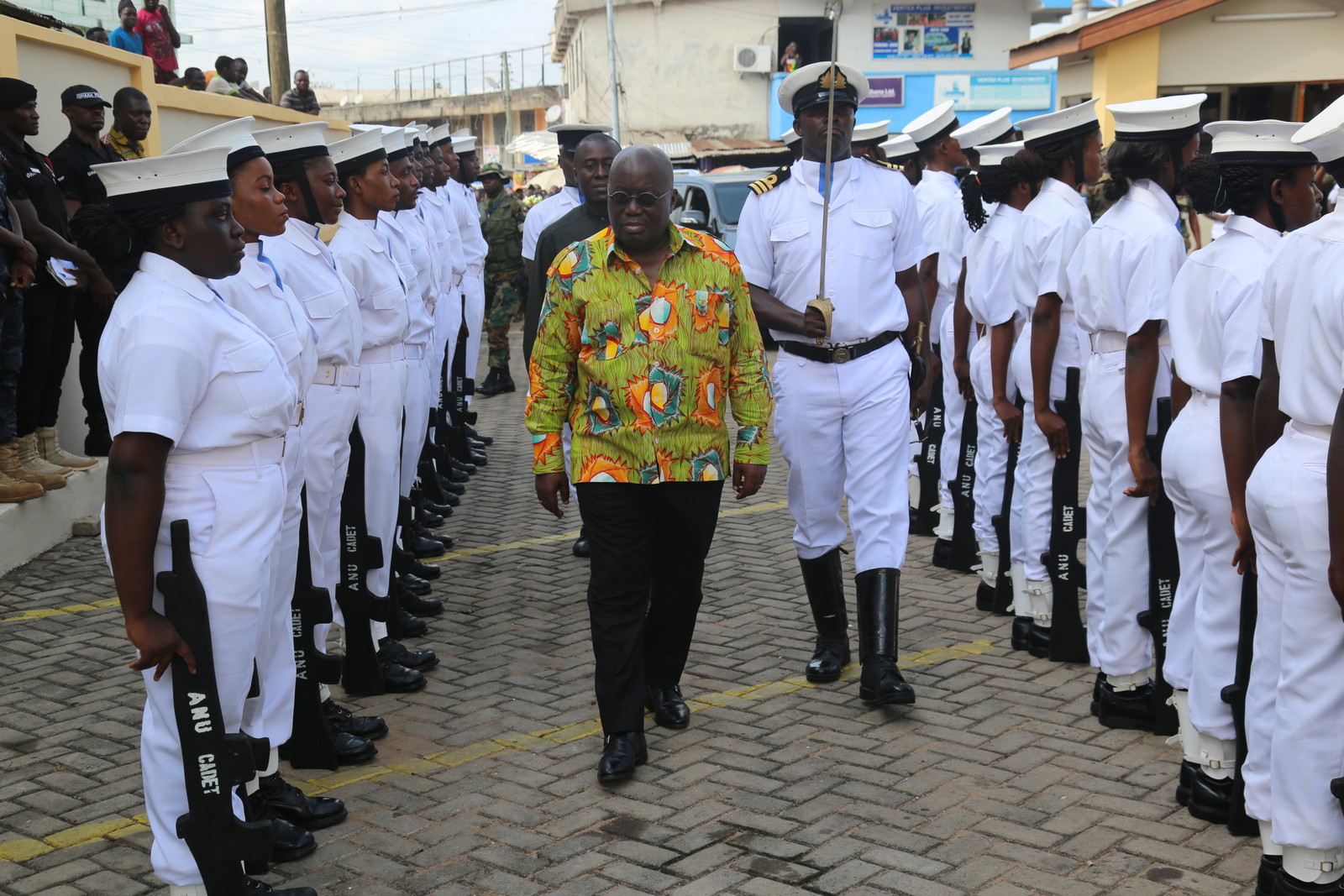 With the African Union about to set up a Space Agency for the whole of Africa, President Akufo-Addo revealed that he has directed the Ministry of Environment, Science, Technology and Innovation to express strongly Ghana’s readiness to host the Agency, and mobilise support for it.

“Clearly I was motivated to take that decision partly as a result of your recent successful launch of GhanaSat-1,” he said.

Whilst admitting that operating a private university in this part of the world is not an easy task, President Akufo-Addo told authorities of the All Nations University College and other private universities that government has taken measures to lessen the burden on them.

“The abolishment of the 25% corporate income tax for private universities, and the reduction in power tariffs for educational institutions, including private ones, are some of the measures government has undertaken,” he said.

It was the hope of President Akufo-Addo that, “with these reliefs, private universities will plough their profits into the development of educational infrastructure and improve teaching and learning.”