Ghana’s Black Stars were held to a 1-1 draw by Egypt in their final World Cup qualifier at the Cape Coast Stadium.

Ghana dominated the early stages of the game and went close from distance on a couple of occasions through Mubarak Wakaso and debutant Nana Opoku Ampomah.

Both teams were dealt first-half injury blows as Nana Opoku Ampomah for Ghana and Pharoah’s defender Ramy Rabia were stretchered off. 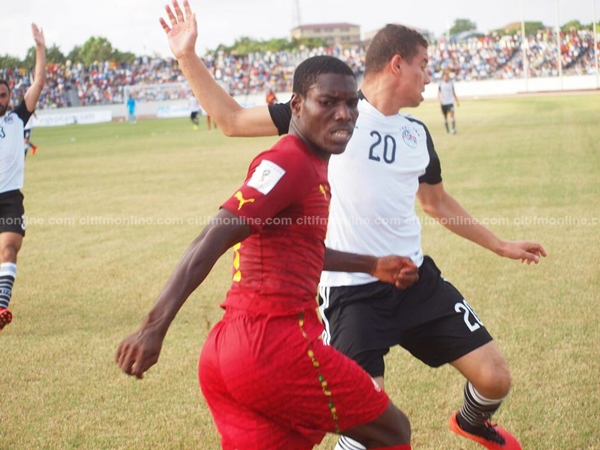 Ghana had a strong penalty shout on the 20th-minute mark when Raphael Dwamenna seemed to have been tripped by Egypt goalkeeper Sherif Ekramy, but the referee waved away the appeals.

The Black Stars continued to push and were denied twice on the stroke of half-time by Ekramy.

Egypt begun the second half stronger and went close straight after the restart through Shikabala, whose shot was brilliantly saved by Richard Ofori.

Ofori was called upon again a minute later to deny Ali Gabr from close range.

Raphael Dwamena then had a golden opportunity to give Ghana the lead, but he shot wide from 6 yards from a Lumor Agbenyenu cross. 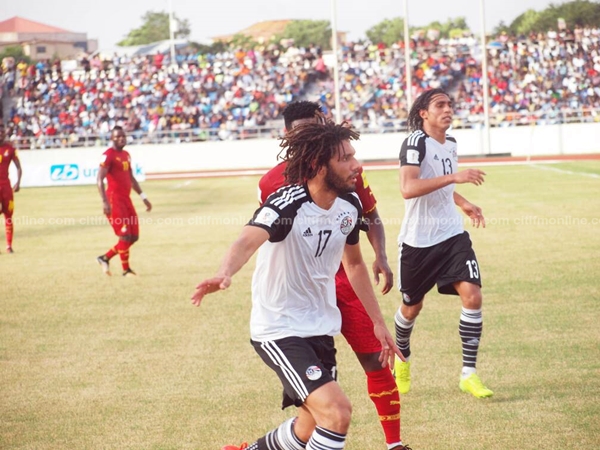 The Egyptians soon punished Ghana’s wastefulness when Shikabala fired home from inside the box after a wonderful cross from Mahmoud Hassan ‘Trezeguet’ on the 60th-minute mark.

The goal seemed to wake the sleeping Black Stars who responded almost immediately through Edwin Gyasi after his shot from outside the box was deflected in off Egypt’s Ali Gabr.

The Black Stars had some good opportunities to grab the winning goal first, through Patrick Twumasi, who headed over the bar from point-blank range, and from substitute Richmond Boakye Yiadom, whose shot on the turn was saved brilliantly by Ekramy.

The result means the Black Stars failed to register a home win throughout the qualification campaign and finished 3rd with 7 points behind eventual group winners, Egypt, and Uganda.

My gov’t will continually rely on God – Nana Addo