Ric Flair has revealed that he bedded more than 10,000 women and drank 10 beers every day for 20 years.

The WWE Hall of Famer from Minnesota, known to millions as The Nature Boy, gave a moving account of his personal life in ESPN’s 30 for 30 documentary on him which aired last night.

Bearing scars and bloodshot eyes, he recounted the damage wrestling has done to his life.

The 16-time World Heavyweight Champion says of the sport: ‘It was something I was really good at. Then it became a disease.’

Flair, widely regarded as the greatest professional wrestler of all time, was an 80s cultural icon.

His performances brought him fame and fortune – but he was unable to find a more lasting happiness.

He said of monogamy: ‘I probably took it real serious for about a day… I mean, I tried, but it just – I was miserable.’ Flair had four children and four divorces.

Flair also revealed he saw a psychologist over his drinking habits. ‘I’ll drink at least 10 beers, and probably five mixed drinks (every day),’ he told the shrink in the 1980s. 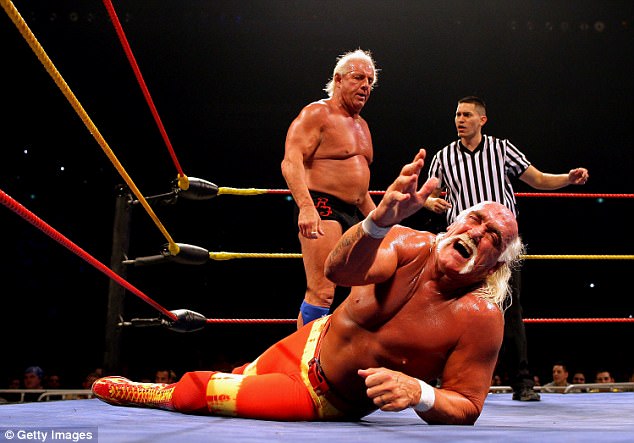 He added that this had been going on for 20 years and the psychologist replied: ‘That’s not possible.’

Flair responded: ‘Oh yeah, it is’.

He said of the psychologist: ‘By the time I got through with that son of a b—-, he was laying on the couch and I was on the chair talking to him.’

Flair was rushed to hospital with ‘organ problems’ in August.

‘There’s no way I should be alive after some of the stuff I’ve done,’ he said.

He said of the documentary: ‘I liked it. It was eye-opening. I figured, if you’re going to do it, you might as well open up.’

Flair is still the only WWE Superstar to have been inducted into the Hall of Fame twice.

In August, reps for Flair confirmed he had undergone surgery which had been a success , but that there is ‘still a long road ahead’ to recovery for the star. 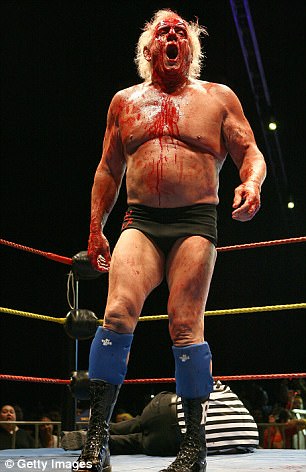 Melinda Morris Zanoni of Legacy Talent and Entertainment, who represents the 68-year-old tweeted: ‘Ric had surgery today (not [heart emoji] related)am happy 2report it was a success.Still a long road ahead so plz keep [prayer emoji] 4Ric. Charlotte Megan David&Wendy’

The star – who quit the ring in 2011 – previously revealed he had been called a ‘medical miracle’ because doctors found no health problems during a routine medical four years after he retired.

He said on his podcast in 2015: ‘I don’t have any health issues. Everybody else has hips and knees. I had to go to Pittsburgh for a physical because they wanted me to do some in-ring stuff.

‘I go there to see the heart specialist. They tested me for four hours.