According to him, government would need at least two billion cedis to support Free SHS in 2018, 800 million cedis more than the amount that was allocated to it in the budget.

[contextly_sidebar id=”wyNSSYNiYum3Eo5MHbswsZjwx1kcPnXB”]“It is clear that there are real challenges, and sadly, we didn’t hear of a Marshall Plan. I thought there was going to be a huge plan based on the assurances the President had given the nation that he was aware of the challenges with free SHS and that the nation should expect that it will be addressed soon. Unfortunately, the 2018 budget did not present a Marshall Plan to address these challenges. What we are seeing is an inadequate allocation in the budget; 1.2 billion is woefully inadequate for four terms for the 2018 fiscal year,” the former deputy education minister said on the Point Blank segment of Eyewitness News.

The New Patriotic Party (NPP) government’s flagship free Senior High School programme was launched in September as part of measures to ensure all Ghanaian children are educated,  at least, up to the SHS level.

However, since its introduction, the programme has encountered a number of issues, mostly in relation to the capacity of the schools and the availability of desks for and other infrastructure for students.

The President and Education Minister have assured Ghanaians that the challenges would be addressed to ensure that the students receive the full benefits of the programme.

However, according to Mr. Ablakwa, the government failed to present a clear strategy in the 2018 budget statement to fix the issues despite their assurances. 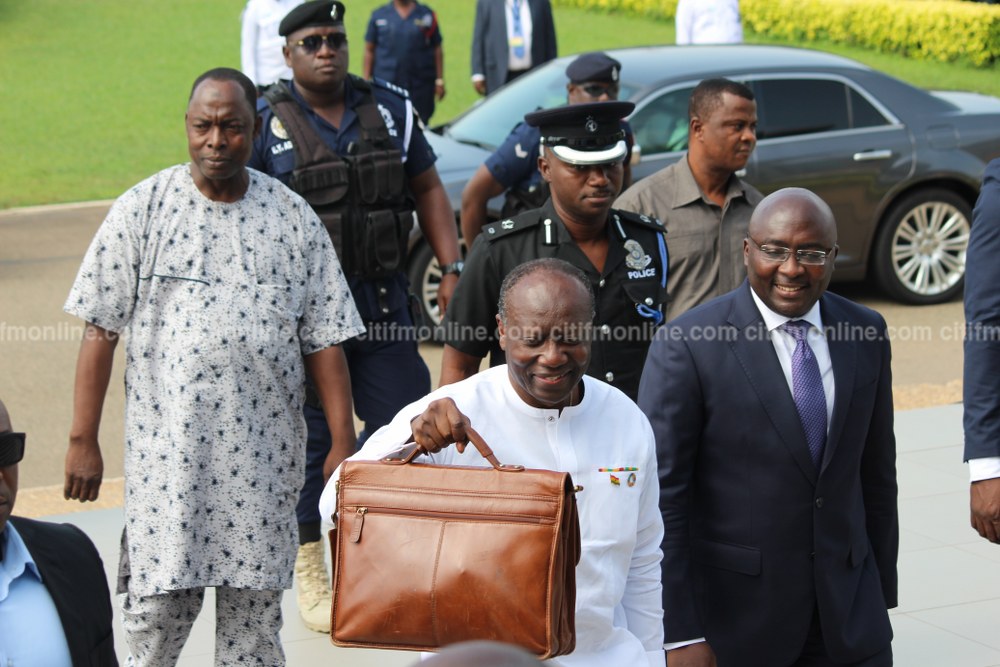 The government announced that it would set up a fund to receive voluntary contributions from individuals to support the implementation of the free SHS programme and the educational sector as a whole.

However, this plan has come under fire from the Minority who believe this is an indication that government does not have the funds to properly implement its much-touted programme.

And according to Okudzeto Ablakwa, the government cannot afford to rely on the voluntary funds as a source of funding for free SHS, as projections for those funds may not materialize.

“No country runs public education on just voluntary funds. What if the Fund is not considered attractive and you don’t really get as much as you are expecting. We can’t leave the destiny of our children’s quality education to just a voluntary fund where we don’t really know the projections. Meanwhile there’s an 800 million-cedi gap as we speak. You’ve only allocated 1.2 billion but you need two billion cedis, at least to sustain free SHS for the 2018 fiscal year,” he argued.

“You cannot just depend on voluntary funds, you can’t run education that way. You need a concrete plan and you need a well-defined funding source. It’s clear that government is struggling to fund it and struggling to identify a clear funding source.”
–
By: Edwin Kwakofi/citifmonline.com/Ghana

Kids from Ghana, others to share vision on World Children’s Day