The Takoradi District Court has adjourned the case involving a Chinese businessman, Jian Gen Hai, who shot and killed one Nana Boah, a 29-year old Ghanaian at Wassa Akropong in the Western Region, to December 17, 2017

The presiding Judge, Thomas K. Ofiedie, adjourned the case after the prosecution team pleaded with the court to give them additional time to gather enough evidence for effective prosecution.

Juan Gen Hai was remanded into police custody on his first appearance in court on Wednesday, October 11, after Police Inspector Bernard Paa Ahinsan, who represented the state, prayed for two weeks to gather enough evidence to assist the prosecution.

The killing of Nana Boah sparked riots in Wassa Akropong with angry youth setting ablaze properties belonging to Chinese nationals in the area. 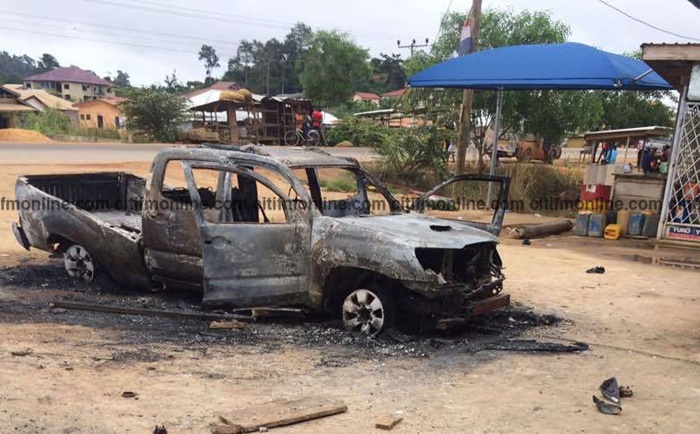 The Paramount Chief of the Wassa Amenfi Traditional Area, Tetrete Okuamoah Sekyim II, had to intervene in the situation, and police had to relocate about 48 Chinese nationals to safety.

This was followed by the youth setting up checkpoints on the Wassa Akropong High street in search of Chinese nationals.

Meanwhile, counsel for the accused, Lawyer Adinkrah, is unhappy with delays on the part of the State in their evidence gathering.

He said the health of his client was deteriorating, and further asked the prosecution to conduct their investigation with speed.

He pleaded with the court to make an order for the accused to seek medical attention.