Ghana received a little over $247.18 million in 2016 from oil revenue – the lowest amount since Ghana began commercial production of oil in 2011.

This was captured in the 2016 Public Interest and Accountability Committee (PIAC) report.

PIAC in the report attributed the low revenue in 2016 to the decline in petroleum production which it said was caused by a 34-day shutdown of the Jubilee Field for maintenance from March 31 to May 3, 2016.

Below is an infographic summarizing Ghana’s oil revenue since 2011: 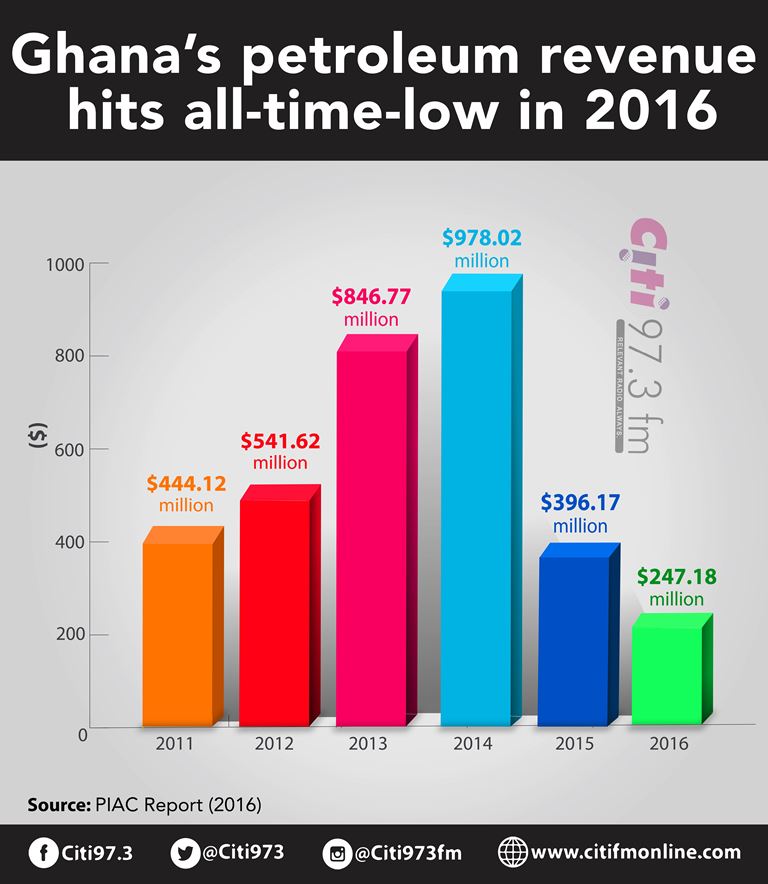 We may close down unsafe, unhygienic courts – Sophia Akuffo

Ghana to host the first- ever blockchain conference