A building under construction, purported to be a church, is sharing a wall with a Liquefied Petroleum Gas (LPG) filling station in La, opposite Ghana Trade Fair Company Limited site.

Using the road to Zenith College, Seam Oil, an LPG filling station, is opposite the Trade Fair site.

Information gathered by The Finder indicates that the gas filling station has been in operation for over 17 years now.

However, this year, construction works began on the site, which used to be a dumping ground, to house members of The Lord’s Garden Ministry. 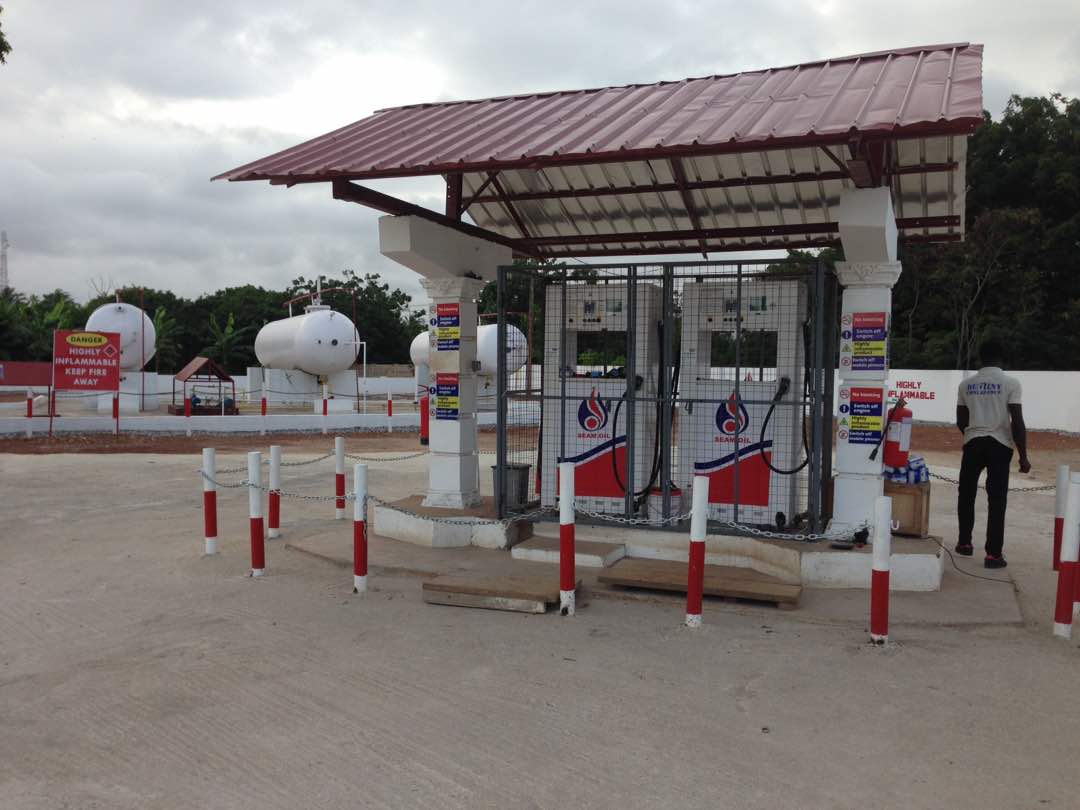 Noticing the danger this development poses to lives and property, The Finder contacted the La Dade-Kotopon Municipal Assembly to enquire why the church is allowed to build so close to the filling station.

According to the assembly, the request from the paper brought the development to their attention, necessitating a search for the permit.

According to the assembly, the new management discovered that permit was granted The Lord’s Garden Ministry two years ago to build on that piece of land.

According to an official of the assembly, the Municipal Chief Executive has directed the head of works at the assembly to contact the Environmental Protection Authority (EPA) for information on buffer zones around LPG filling stations.

The official explained that if the information from EPA requires a review of the permit to create space between the filling station and the church under construction, the assembly will invite the church and inform them appropriately.

Recent explosions at LPG filling stations in the country have raised concern about the siting of residential infrastructure close to LPG stations.

According to international standards, a distance of 100 metres must be maintained between gas stations and residential facilities. 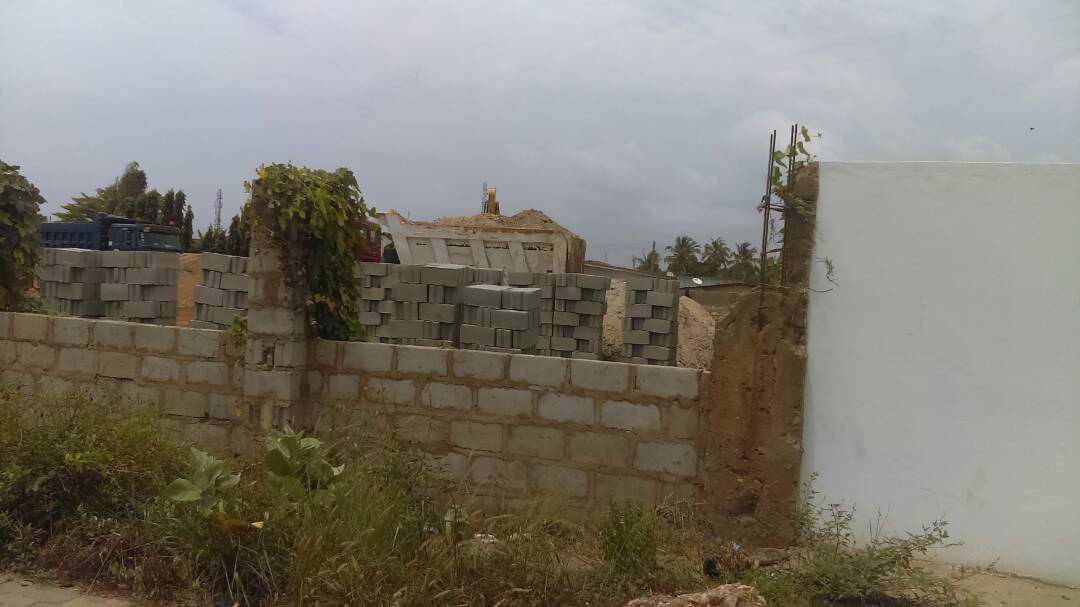 The National Petroleum Authority’s regulations stipulate that gas and fuel stations should be sited at a minimum of 30.8 metres or 100ft from residential areas.

Siting of the Plant
The plant should not be located close to or within the proximity of any high tension pylons or cables.

The minimum distance shall be 15 metres.

There shall not be any aerial obstructions at the site. 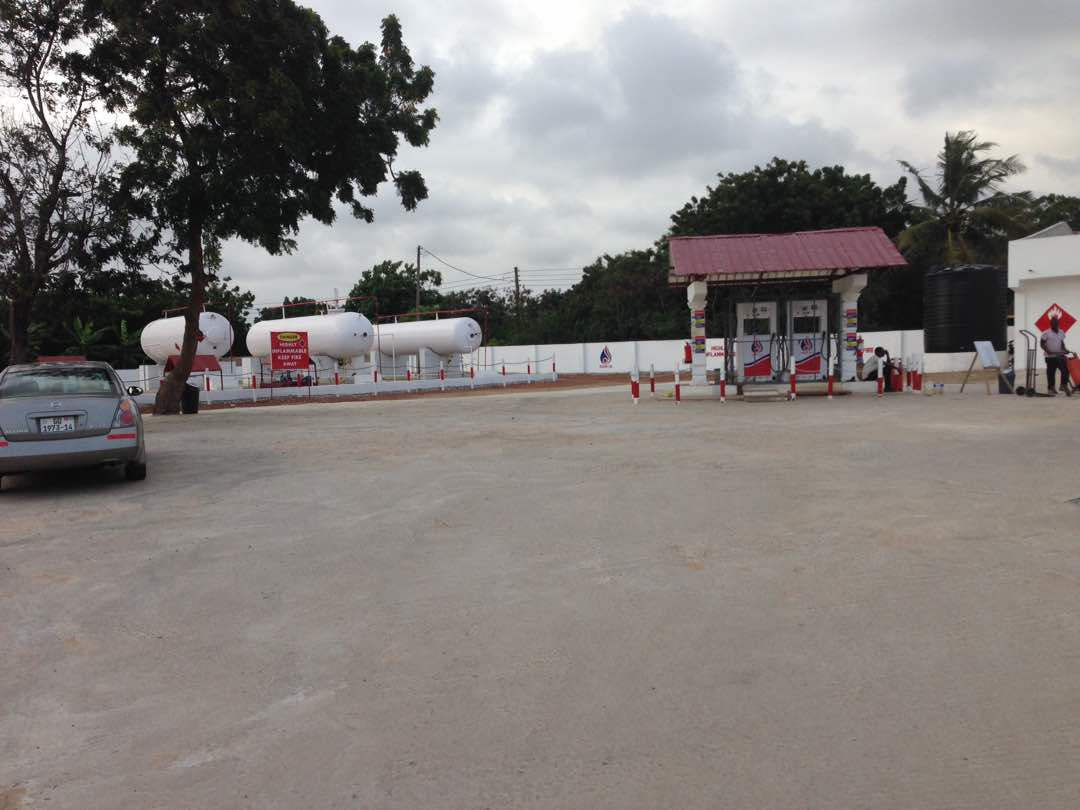 These obstructions include telecommunication mast, etc., and the minimum distance for such obstructions shall be 10 metres.

The plant shall not be located near sources of ignition, e.g. welding, cutting, grinding, use of impact tools, electrical arcs, hot surfaces, and open flames areas.

A minimum distance from the fence wall shall be 10 metres.

The plant shall not be located near hazardous areas.

Flammable liquids, etc., shall be stored at least 10m from the fence wall.

The plant shall not be fenced with wire mesh of height 2 metres and shall have entrance and exit ways.

The facility shall be free from weeds, open drains, depressions, etc. Weed killers which constitute fire hazard shall not be used to remove weeds at installation point.

Safe distance from building, boundary or fixed source of ignition shall be 15m from the installation of storage tanks at filling plants for both car cylinders and domestic cylinders.