She beat nine other contestants in the quiz competition to win the ultimate prize of GHc10, 000. 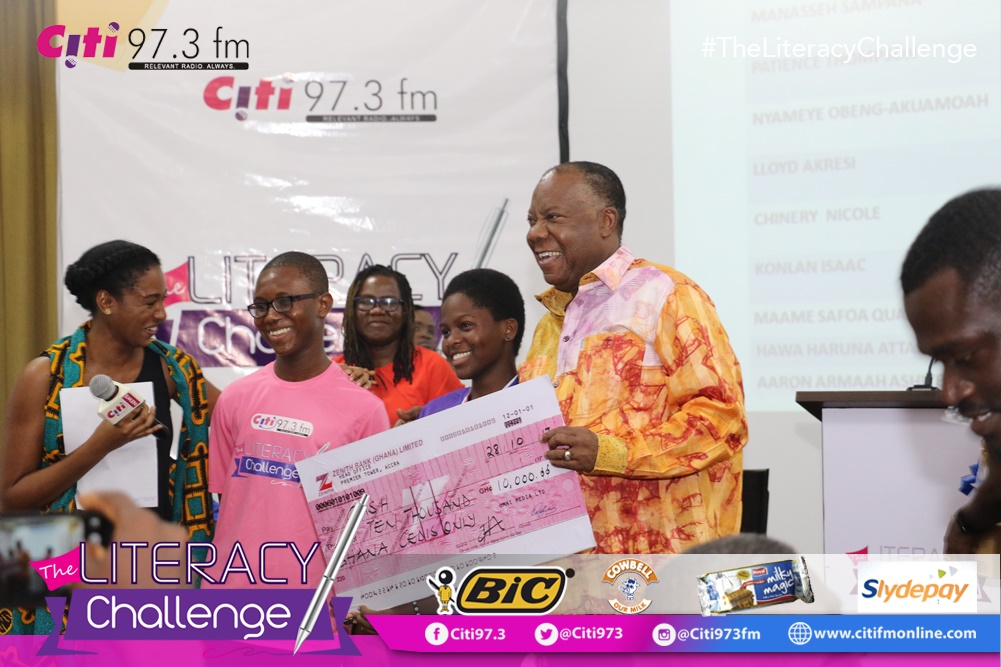 Manasseh Sampana Nam-Mahime from the Ringway Estate Basic School and Patience Thompson from the Unique Child School both in Accra emerged second and third respectively. 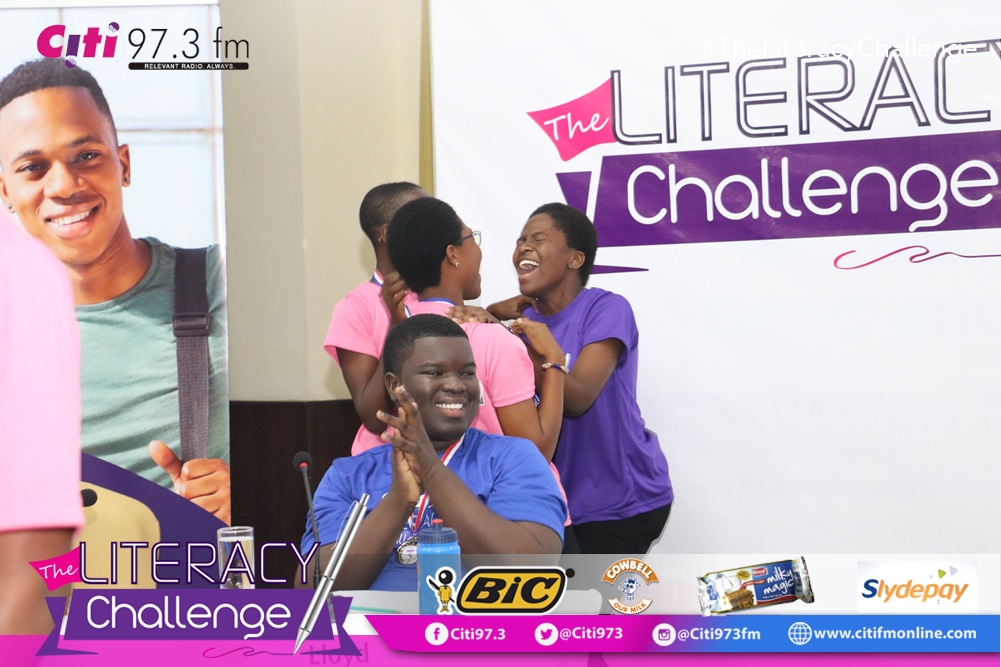 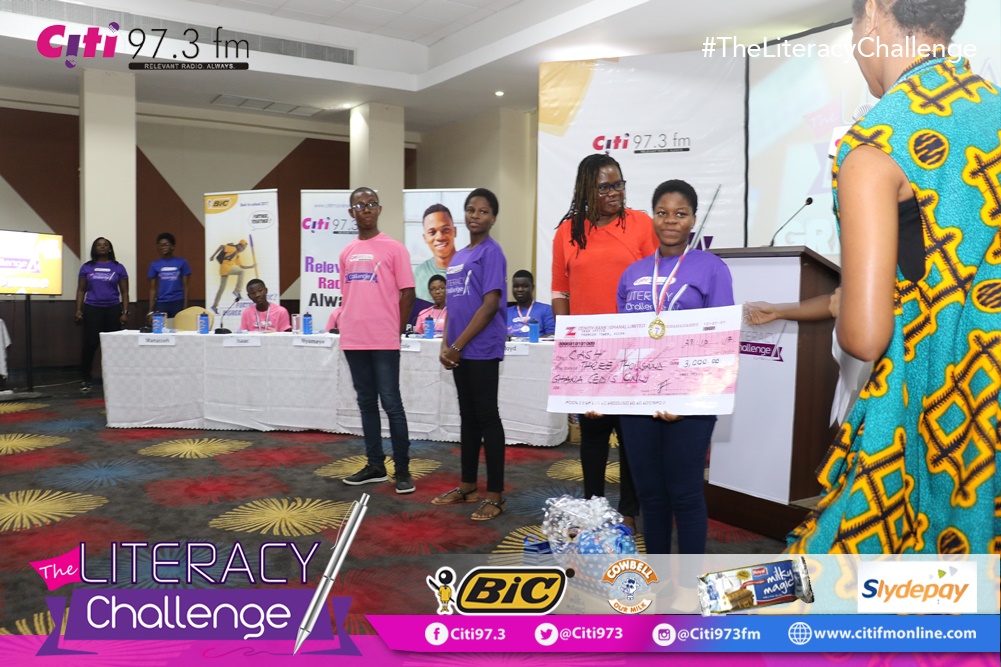 The first and second runners-up received GHc5,000 and GHc3,000 respectively; while all the winners received medals and gifts from official sponsors of the competition.

The Literacy Challenge seeks to promote and to reward the versatility and intelligence of Ghana’s Junior High School (JHS) students. 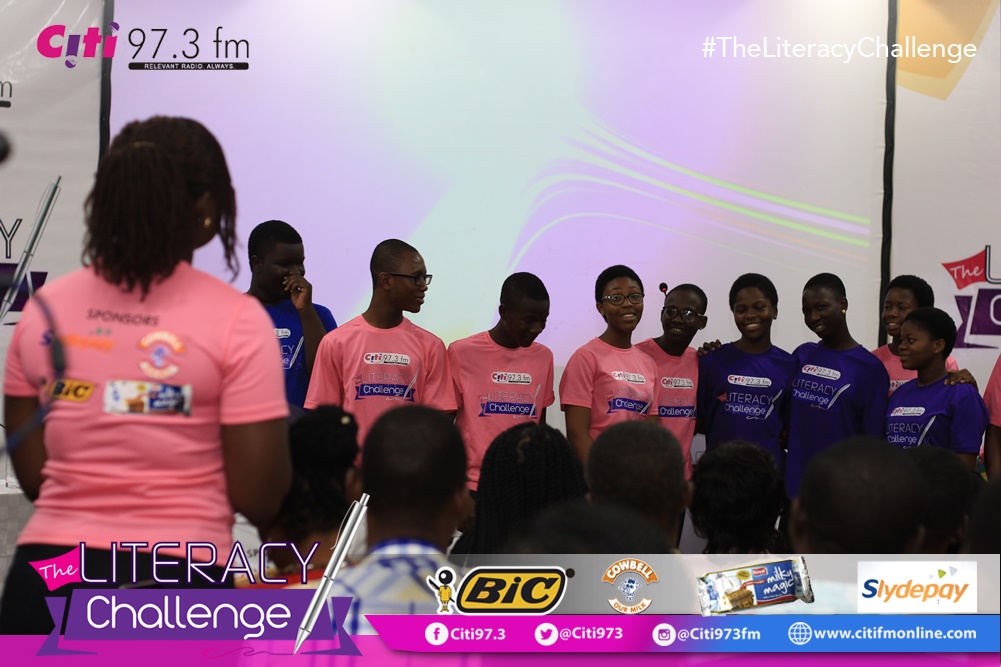 The challenge is also aimed at celebrating the various talents and skills of Ghana’s JHS students, while encouraging Ghanaians to do even more for Literacy in Ghana.

The 2017 edition was a three-month long, fun-packed, and education-driven set of activities, aiming to propel young Ghanaians to develop literacy skills beyond just reading and writing.

The journey so far

The journey began some four months ago where JHS students in Ghana, who were tasked to write a letter and suggest to the president how to make Accra the cleanest city in Africa.

Over 2000 entries were received and the number shortlisted to 50.

The 50 took part in the aptitude test and the number further sieved to 10 who were brought to Accra for a two-day literacy camp ahead of the grand finale which came off today, Saturday, at the Swiss Spirit Hotel & Suites Alisa in Accra.

The contestants had been camped at the Swiss Spirit Hotel & Suites Alisa in Accra, in preparation for today’s grand finale, and had been taken through series of fun-packed and educational events in and outside the hotel.

On Day One of the camping on Thursday, they were treated to an amazing experience at the Silver Bird Cinema in Accra, and aside having the opportunity to interact with owners of the facility, they had a feel of the cinema after watching the Diary of a Wimpy Kid movie.

Day one of the camping started with a tour of Citi FM, where the finalists interacted with staff and management of the station, and were afforded the opportunity to understand the workings of the station.

The second activity was the coaching and mentoring session, where the Director of News Programming at Citi FM, who doubles as the Host of the Citi Breakfast Show, Bernard Avle, took them through some soft skills for life, which they are not taught in school.

Michael Ohene-Effah, founder of the Leadership Farm, prepared them for the quiz on Saturday, and taught them how to become great leaders in future by building self-confidence.

Madam Eugenia Tachie-Menson, Country Director of the Young Educators Foundation, the organization that organizes the National Spelling Bee competition, also took the kids through series of exercises that will improve their vocabulary and grammar. 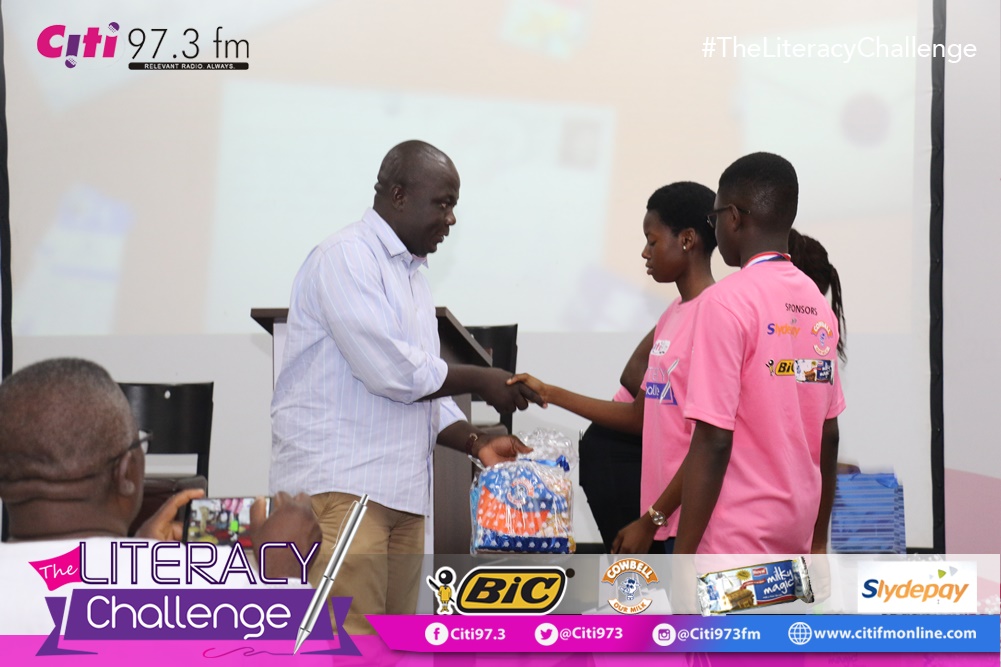 Below is the full ranking after the quiz competition in the grand finale: