Over 50 students of Asuom Senior High School in the Kwaebibirim District of the Eastern Region, have temporarily been displaced after losing their belongings to fire which gutted the schools boys’ dormitory on Sunday morning.

A Teacher of the school, who is also the Assembly Member of the Adansi Electoral area in Asuom, Abrefa Busia, told Citi News that no casualties were recorded even though some students lost all their belongings. 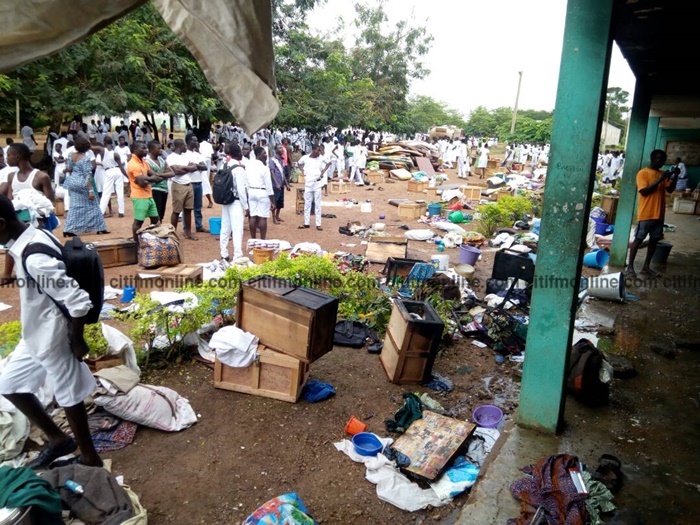 “It was around 8:40am, when I realized that smoke was coming out of the boys dormitory, so I quickly called a guy and we jumped the wall into the dormitory, we realized that 3 of the rooms were in flames. The students were at church as at that time, so we hurriedly rushed to the church premises to alert them and called them back, we managed to bring down the fire to about 70 percent before the fire service came around from Kade and they managed to quench the fire.” 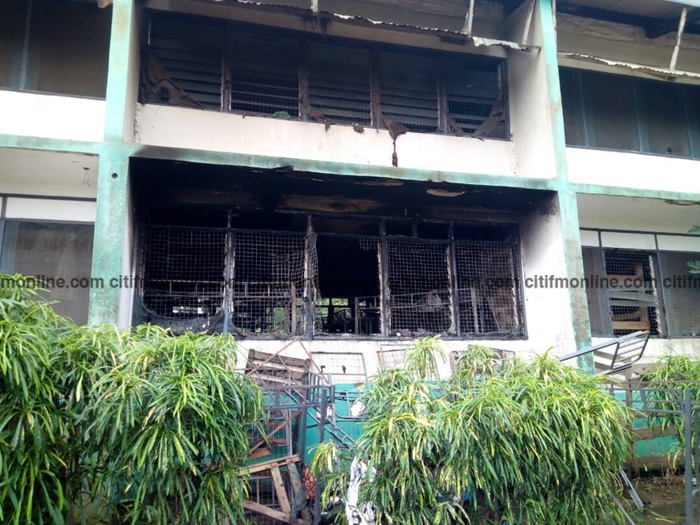 He disclosed that over 30 students have been badly affected as they lost all their belongings to the fire. 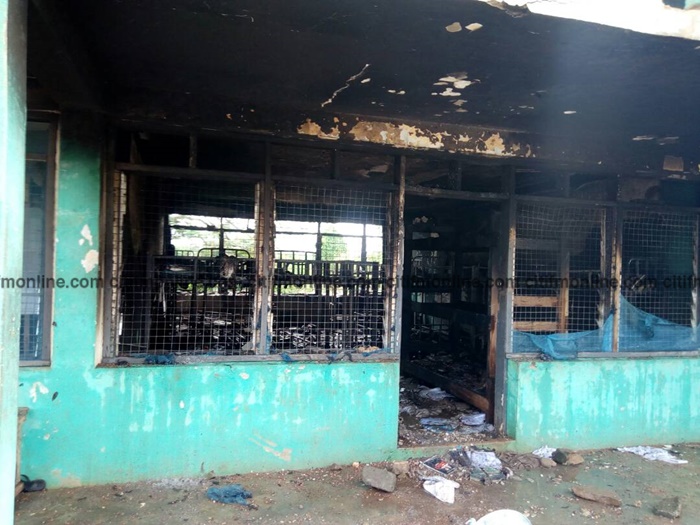 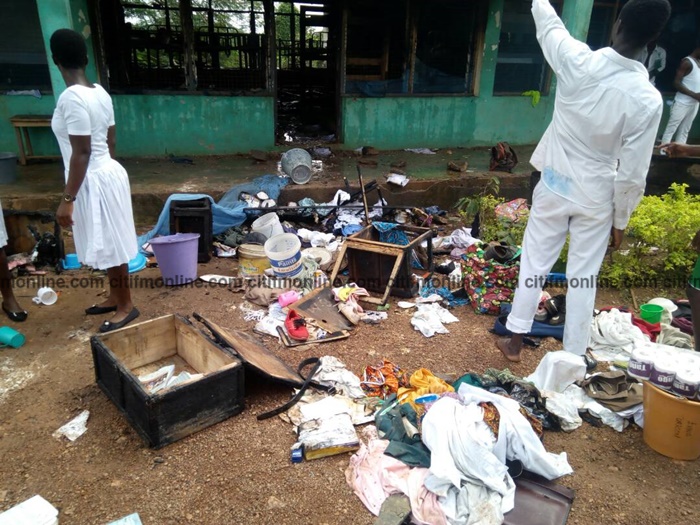 “Two of the students who tried to salvage the remains of their belongings had some few bruises and minor burns. As we speak, 30 students were affected hugely because they had all their belongings burnt with the exception of what they wore to church this morning and 20 of them had their things partially burnt.” 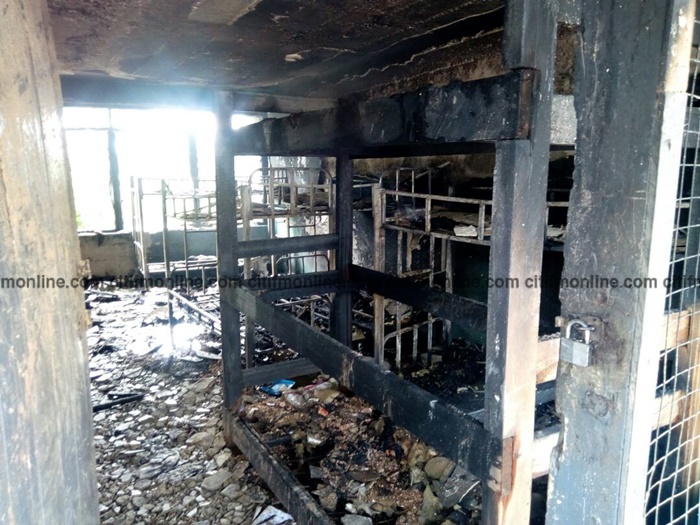 “The school administration together with NADMO, has given the students two rooms which serve as classrooms for them to occupy in the meantime, as they put in place other measures to house them permanently.” 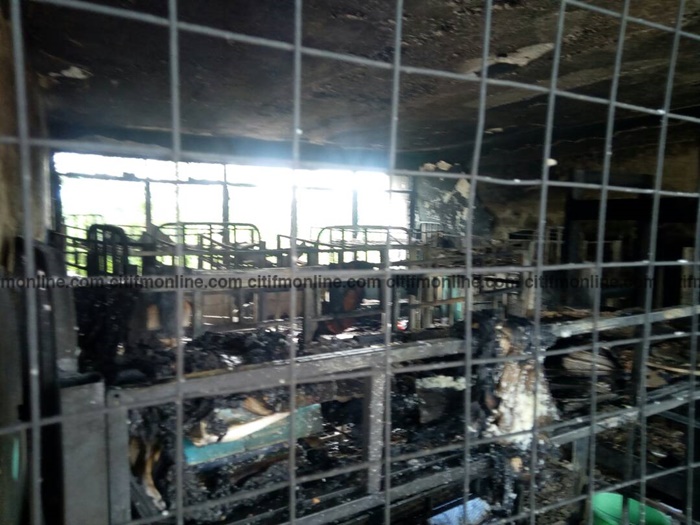 Mr. Abrefa Busia also revealed that, a student and a former student of the school have been arrested in connection with the fire incident.

“A suspect has been apprehended, yesterday [Saturday], there was a ‘homos’ [An event used to welcome first year students], day for the first years so this suspect was an old student who came to the school and could not go back.”

“He slept in the dormitory without the knowledge of the headmaster, so when the incident happened the headmaster identified him and asked him not to go anywhere until the police comes to conduct their investigations, but the old student upon hearing the police took to his heels, board a taxi and was about leaving the town so Police at Kade were informed about it and they arrested him. As we speak, he is in police custody together with the student who invited him over, the student who invited him happens to be his school son as at the time he was in the school.”

The police have  thus commenced investigations into the cause of the fire.