Critics of the New Patriotic Party (NPP), who have questioned the party’s commitment in dealing with vigilante groups acting lawlessly in their name, were emboldened on Wednesday, when another group of rampaging NPP youth, invaded a police station and freed party communicators who were in police custody.

The District Chief Executive of Karaga, Alhassan Yabdoo, allegedly caused the arrest of some NPP communicators sparking the outrage and the eventual attack on the police station.

This continued the trend of brazen outbursts of chaos from groups aligned to the NPP in the wake of the party’s 2016 election victory.

The State said there was not enough evidence to prosecute the Delta Force members who raided the court.

Those who assaulted the Ashanti Regional Security Coordinator were only sentenced to a fine of Ghc1,800 each, and made to sign a bond of good behaviour after they were charged with rioting.

Casualties have been minimal in all the reported cases, but instances of assault have been recorded, with some acts also bordering on armed robbery.

State agencies and processes have been held to ransom with school feeding caterers, hospital administrators and presidential appointees bearing the brunt of the wrath of rampaging NPP members.

These acts of lawlessness are seemingly fueled by a sense of entitlement or frustration informed by precedent and promises made politicians to them ahead of the elections. 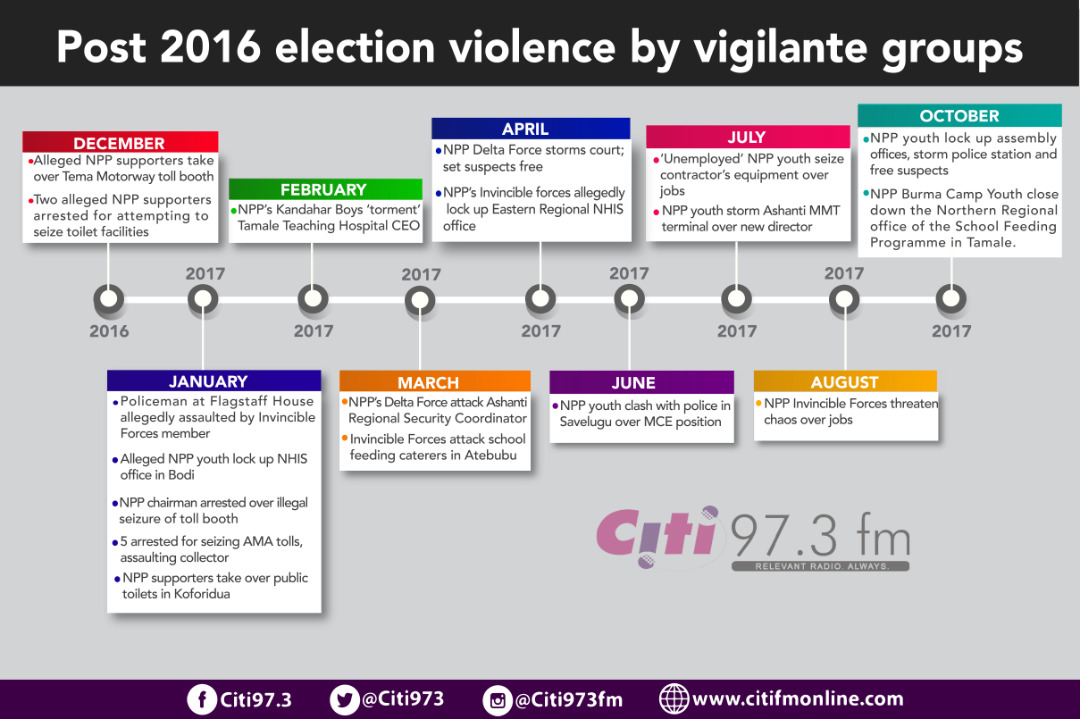 Some of the notable instances of lawlessness by NPP members are listed below:

Irate youth believed to be supporters of the NPP illegally took over the Tema Motorway toll booth and chased away the officially designated toll collectors.

They then began illegally taking the tolls themselves.

Two persons believed to be supporters of the NPP were arrested for attempting to seize toilet facilities within the Kumasi metropolis.

The two were part of a gang that stormed Ash town in Kumasi to take over the management of public toilets in the area. These actions occurred a few hours after Nana Akufo-Addo was declared the winner in the December 7 elections.

The video showed the private security detail of the NPP forcing out the State security personnel, ASP Bruce Nanka, amid efforts by other police officers to restore order.

NPP youth in the Bodi District of the Western Region besieged and locked up the office of the National Health Insurance Scheme (NHIS) in the area.

Confirming the incident to Citi News, the Member of Parliament for the area, Sampson Ahi, said the suspects put the office under lock and key and injured the manager of the Scheme in the district.

The Amasaman Divisional Police Command arrested the NPP Constituency Chairman for Trobu, Kwame Ofosu Agyei, for attempting to take over activities at the Doblo toll booth.

According to Police, the constituency chairman was arrested for forcibly entering the toll booth and threatening to take over revenue collection. He is also accused of assaulting a police officer who was on duty at the time. 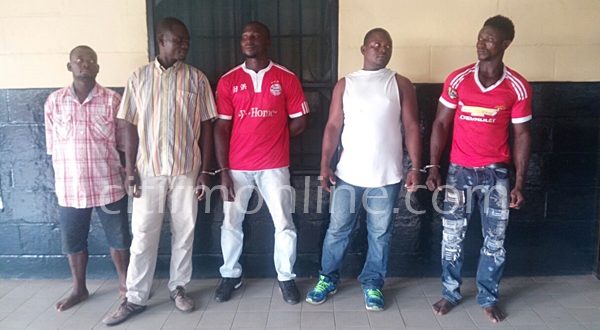 The suspects allegedly seized toll tickets, assaulted the Accra Metropolitan Assembly Revenue Collectors, and also collected cash to the sum of GHc 2,000 from them.

NPP supporters in the New Juaben North and South Constituencies of the Eastern Region, forcibly took over the operations of public toilets in the municipality.

The NPP activists took over the operation of all the public toilets in the municipality, the midnight after Nana Akufo-Addo was sworn into office as the President of Ghana.

Chief Executive Officer (CEO) of the Tamale Teaching Hospital (TTH), Dr. Prosper Akambong was unable to effect his duties after his office was locked up by a popular vigilante group affiliated to the NPP, the Kandahar Boys group.

The group’s action was in protest against the CEO’s alleged mismanagement of the facility.

The NPP’s Delta Force in Kumasi stormed the premises of the Ashanti Regional Coordinating Council, demanding the removal of the Regional Security Coordinator, George Adjei.

The rowdy group destroyed some properties and forced the Security Coordinator out of his office. The group said it could not work with him because he did not contribute to the party’s electoral success.

The NPP’s Invincible Forces, attacked the pupils and teachers of Atecoe Demonstration Basic School in Atebubu in the Brong Ahafo Region.

The teachers and pupils of the school had to run for their lives when the men stormed the school premises to attack caterers of the School Feeding Programme. They also destroyed cooking utensils belonging to the caterers.

About 20 heavy built men believed to be members of the NPP’s Invincible Forces besieged the offices of the Eastern Regional National Health Insurance Scheme, and forcibly locked the office of the Regional Manager. 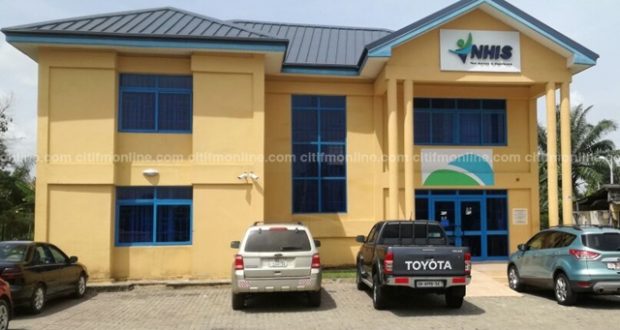 They claim they cannot work with the Regional Manager, whom they allege is an outsider and not part of the NPP.

They also demanded some documents from the staff of the scheme.

Members of the Delta Force stormed the Kumasi Circuit Court and freed the members of their group who were facing charges for causing disturbances at the Ashanti Regional Coordinating Council.

The group vandalized some court properties, and almost assaulted the Judge, Mary Senkyire, after she had ruled that their counterparts be remanded after charges of conspiracy to assault a public officer and causing unlawful damage.

Some irate youth of the governing NPP were engaged in a standoff with police at the premises of the Savelugu/Nantong municipal assembly complex.

The youth locked up the main entrance to the building, following a security escort for the MCE, Hajia Ayishetu Seidu to her office, who was under fire from the members, and prevented from accessing her office for weeks. 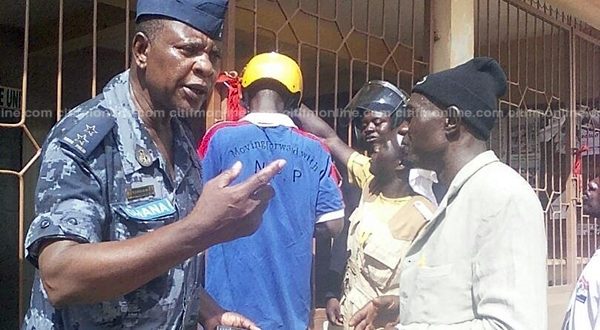 Armed security personnel dispatched to maintain law and order, were compelled to fire warning shots to bring the situation under control.

Youth who claim to be supporters of New Patriotic Party (NPP) stopped construction work on the Yendi-Bimbilla section of the Eastern Corridor roads demanding immediate employment.

The youth on Monday seized construction equipment belonging the contractors, Andre Quadrez Construction Company. They vowed that they will not release the equipment until they were employed the company.

Some aggrieved members of the NPP in the Ashanti Region stormed the premises of the Metro Mass Transit Bus terminal in the region to stop one Nicholas Oduro from holding himself as the Regional Depot Manager.

According to them, Mr. Oduro could not claim to be the head when Daniel Agyenim Boateng, the Deputy Regional Organizer of the party has already been appointed as the Manager.

The youth, who vowed to ensure that Mr. Oduro does not occupy any office at the premises of the company, claimed a leading member of the NPP, Mr. Amoako Tuffour, was behind the “illegal” appointment of Nicholas Oduro.

The Tema base of the Invincible forces threatened chaos in the Tema metropolis if the NPP government did not provide them with jobs.

The aggrieved Invisible Forces members said they were being ridiculed for being jobless, despite the fact that they worked to bring their party to power.

They served notice they will vent their frustrations on Tema in a manner akin to the Delta Force’s disturbances in Kumasi if their neglect by the government did not end.

The group on Monday, October 16, 2017, chased out the Regional Coordinator and staff of the office, and locked up the offices over what they called unfair allocation of schools in the region to caterers.