How one Ghanaian used Photoshop to create fake PhD awards

But say, you have been living under a rock for the past few weeks, you most probably how Sebastian, a Ghanaian student in Amsterdam, made headlines after he was given 5 awards at a recent graduation of the University of Amsterdam.

The story of the “historical feat” went viral and was published by several media houses both in Ghana and beyond.

Reportedly having grown up in a village in central Ghana, Osumanu tried to find his way up in the academic world. Something that he could not do as in 2007 he was rejected by the University of Ghana.

The University of Cape Coast, however, sees his potential, where he is successful in his economics study. He is even named the best student of the university.

He is also a winner of the Erasmus Mundus Nobel Economics Prize in 2014. The organization of the price would even call him an example of what the African economy needs.

However, investigations by Pulse.com.gh have revealed that Sebastian Roy Osumanu DID NOT win any such laurels at the University of Amsterdam.

We contacted the University of Amsterdam Press Office on suspicions that the story as reported by many media houses was not accurate.

The officials of the university outrightly told Pulse.com.gh that they had no records of the student by the name, Sebastian Osumanu.

They subsequently revealed to Pulse that there was no such incident where a student swept that many awards in a single graduation ceremony.

In response to our query on how such pictures used to corroborate Sebastian Osumanu’s “feat”, the official replied, “There are photoshopped”.

That single answer confirmed our suspicions and opened our eye to the truth that was always lying in front of us.

The photos which have been used by almost all media houses to accompany the story of Sebastian Osumanu were indeed photoshopped.

A quick search on Google revealed that the image is indeed from the Doctoral Degree Ceremony from the 2015 Commencement of the University of Rochester. 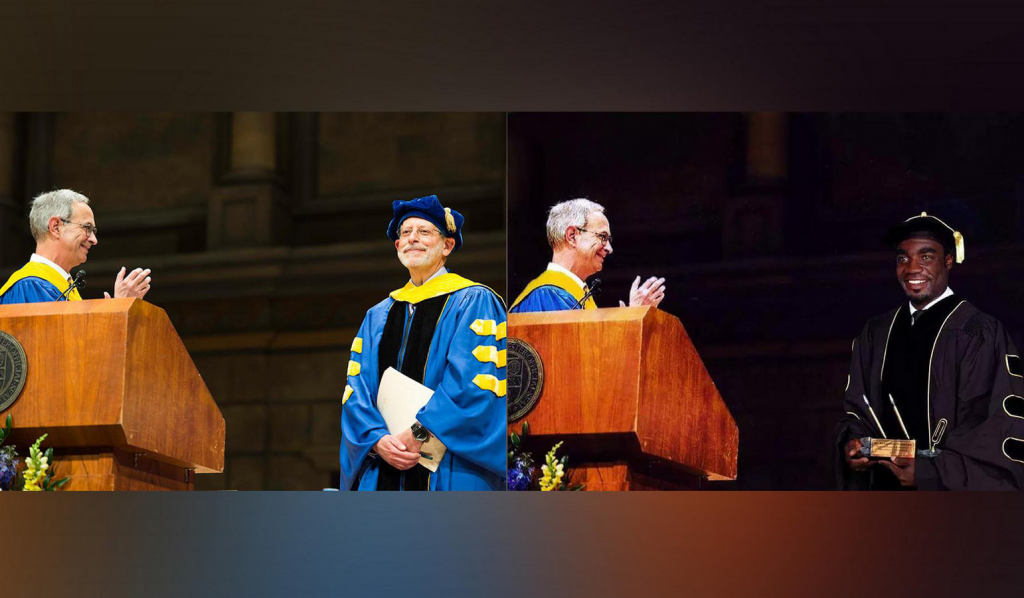 The picture which was clearly edited to superimpose head of Sebastian Roy Osumanu on Ralph Locke, Professor of Musicology at the university.

In another report, UVA states that the academic year has not yet begun on September 1. They also revealed that PhD students also do not wear a gown during their graduation ceremonies.

Also, the prize he said he won in 2014 is unthinkable.

Even though the Erasmus Mundus exists, the Nobel Prize is not awarded by the organization.

Again, Osumanu did not get a mention on the success stories pages of any of these institutions save the home page of the University of Cape Coast. 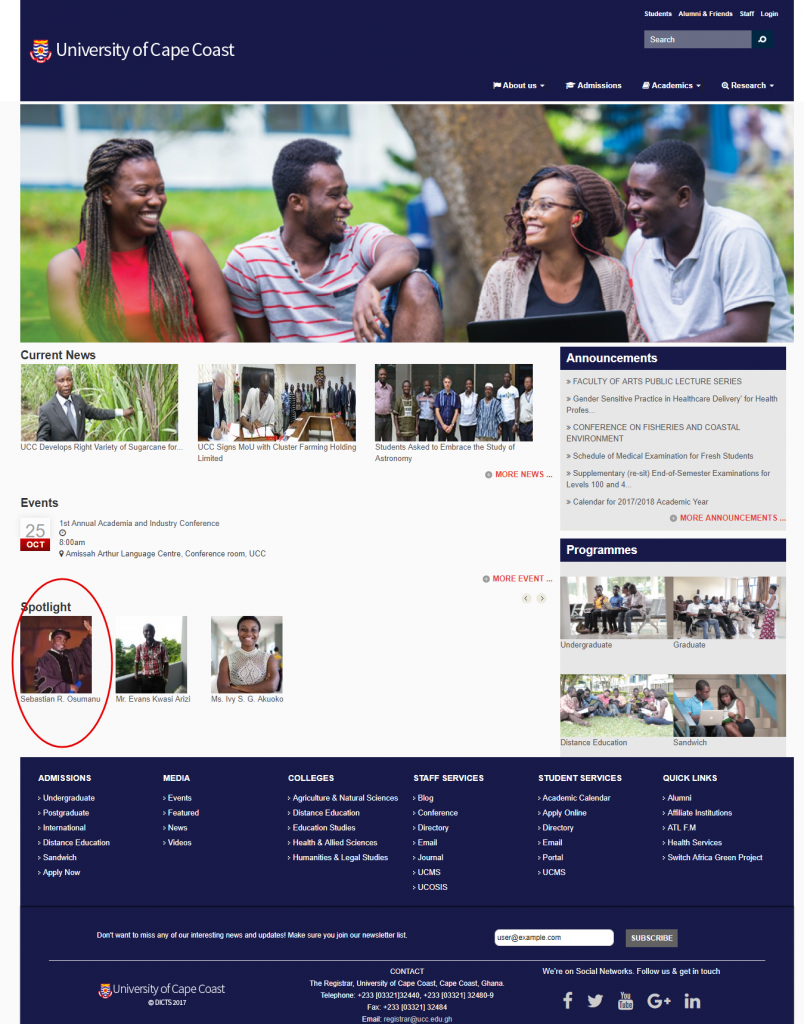 He is mentioned in the spotlight section on the university’s website alongside supposed success stories of the institution.

Pulse.com.gh reached out to Sebastian via the official World Bank Group email address listed on his social media.

However, we got a response saying that the email address listed does not exist.

It would look like the story of Sebastian Osumanu is actually no better than that of legendary Ghanaian trickster, Fauster Atta Mensah who tried to lie to Ghanaians that he had won a Nobel Peace Prize among other laurels.