Crystal Palace became the first club in top-flight history to lose their opening five games without scoring as Roy Hodgson’s first match as manager ended in defeat by Southampton.

The Eagles paid for slack defending in just the sixth minute when a Dusan Tadic cross-shot was parried to the feet of Steven Davis, who side-footed home from 10 yards.

Palace’s direct approach was contained for the most part, though Saints keeper Fraser Forster did have to make point-blank saves to deny Christian Benteke and Jason Puncheon either side of half-time. 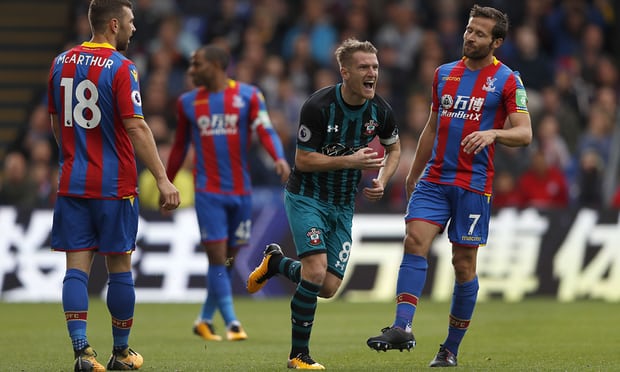 His resistance meant the hosts set a new top-flight record as they surpassed the 438 minutes Newcastle went without a goal at the start of the 2005-06 season.

Palace did not offer enough and allowed the away side to keep possession too easily as they secured a first win since 19 August.

Saints introduced Virgil van Dijk from the bench late on, the defender making his first appearance since declaring he wanted to leave in the summer.

His impact was minimal as his side easily saw out the closing stages with Palace resorting to hopeful crosses and long balls, as they had for much of the afternoon.