Nana Addo Dankwa Akufo-Addo on Tuesday, 12th September, 2017, paid a brief visit to the President of the Federal Republic of Nigeria, His Excellency Muhammadou Buhari.

Addressing a press conference after the visit, President Akufo-Addo noted that “all of us have been very anxious about his (President Buhari) well-being, and it was very good news to hear that he had returned. We are Africans, and it meant that I had to come and see things for myself.”

President Akufo-Addo added that “I am very delighted to see that he has come back, and is very vigorous, and, as always, very engaged in the issues of the day. We had a good half an hour together; reviewing matters, both in Ghana and Nigeria, as well as matters to do with what is going on in the ECOWAS community.” 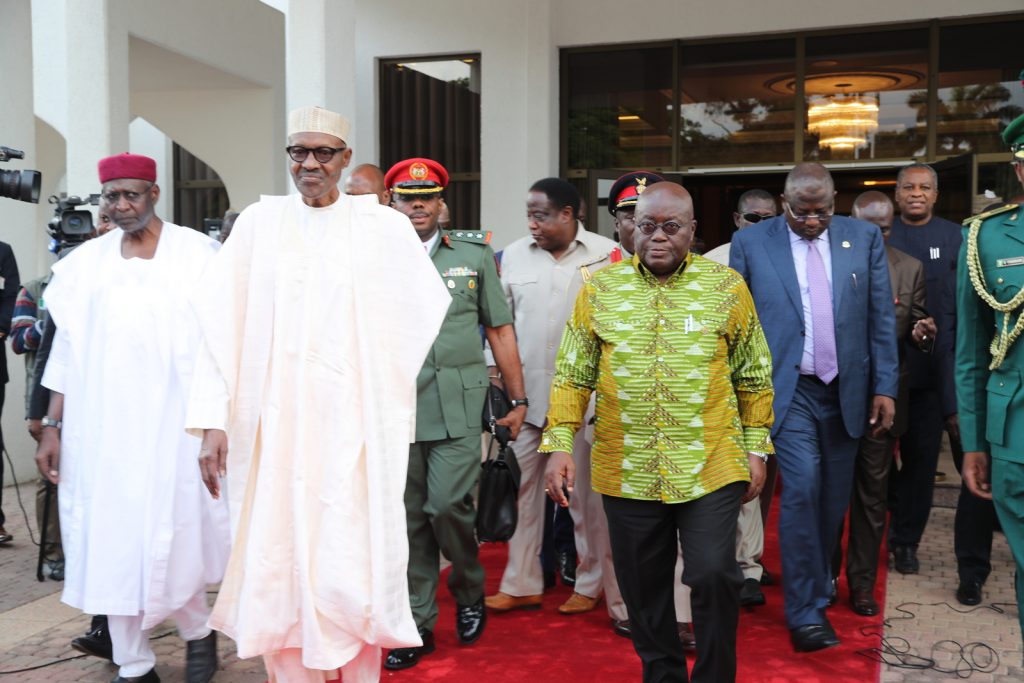 President Akufo-Addo and President Buhari also discussed matters bordering on the rapid expansion and growth of their respective economies, and the fight against terrorism on the continent and in the world.

The two leaders President also reiterated their commitment towards strengthening the ties of friendship that exist between the two countries during their respective tenures of office, and in the years ahead.

The visit by President Akufo-Addo is the second visit paid to the Nigerian President by a foreign Head of State, following his return from London after his 3-month medical leave. 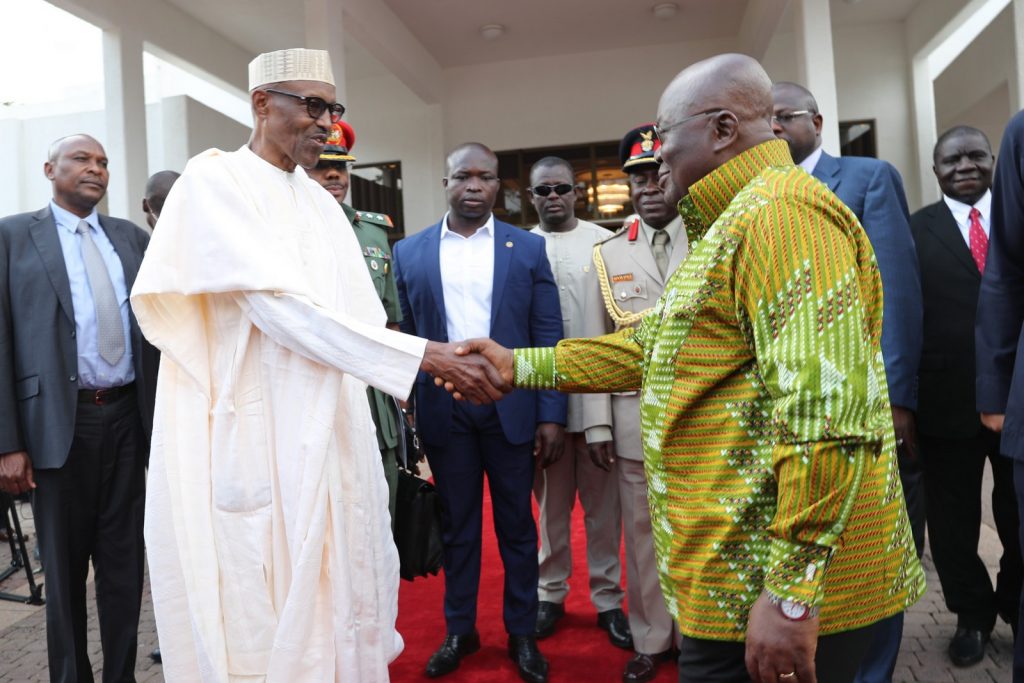 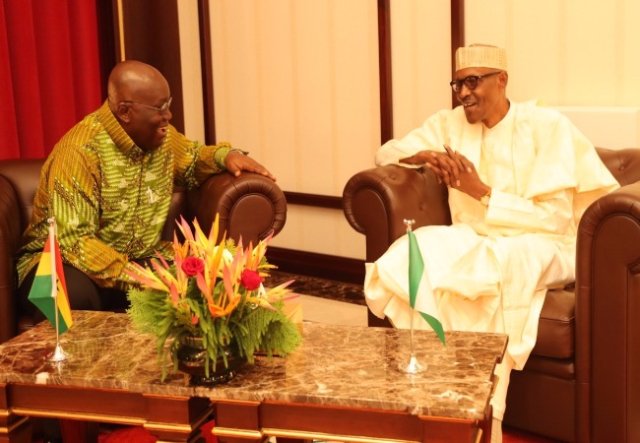 President Akufo-Addo, on his arrival, was made an honorary citizen of Abuja by Muhammad Musa Bello, the Minister of the Federal Capital of Abuja, and was handed a symbolic key to the city.