President Nana Addo Dankwa Akufo-Addo has stated that Ghana’s oil revenue will be used to fund the Free Senior High School (SHS) program when it takes off next academic year.

He stated that so long as he remained as the President, funds from the oil production would not go into few individual pockets, but it will be used to finance the educational policy to improve the quality of Ghana’s human resource.

President Akufo-Addo stated this when he addressed a durbar of the Chief and the people of Senya Bereku, as part of his three-day tour of the Central Region. 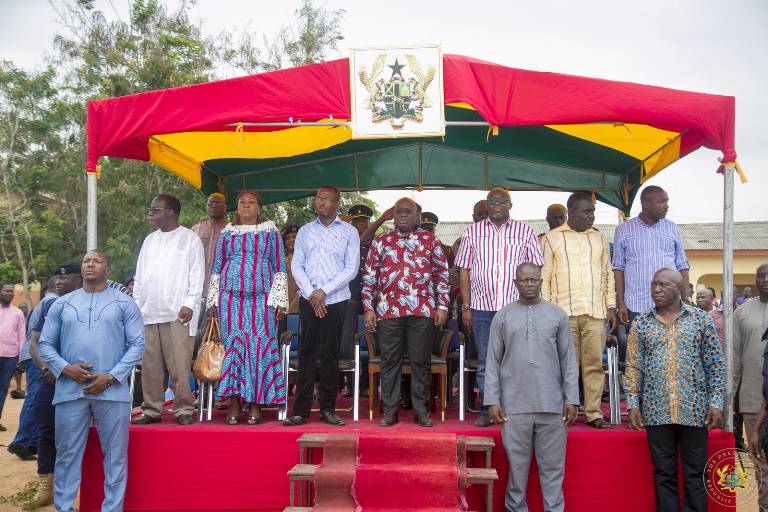 The visit is to interact with the citizenry and get their feedback on government’s  policies and programmes.

President Akufo-Addo said the free Senior High School Policy, which was heavily criticised by the opposition National Democratic Congress (NDC) during 2016 Election Campaign will be operational in September as promised.

He said the policy was also intended to lessen burden, which made it extremely difficult for parents to send their children to secondary school.

President Akufo-Addo said the Minister of Education, Dr Matthew Opoku Prempeh, had worked extra hard and intelligently to ensure the smooth take -off of the policy as scheduled.

He said all social interventions outlined by the NPP, which were aimed at reducing poverty among Ghanaians, would be implemented to improve well-being of the people; adding that Ghana was not naturally poor, but it was in a poor state because of bad governance and economic mess over the years.

President Akufo-Addo said the NPP Government inherited huge debts from the previous Government but that would not scare his Administration. 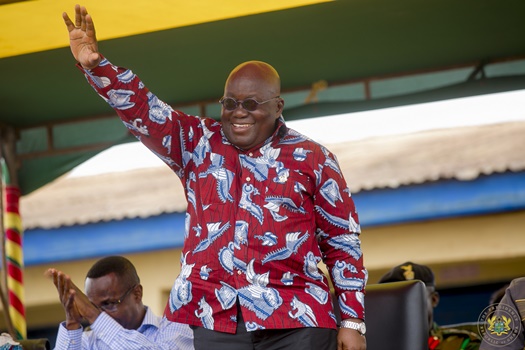 Rather, it would strive hard to put in place good policies and programmes to revamp the wobbling economy.

He assured the people of Senya Bereku that the “One District, One Factory” program will be implemented soon, saying the disbursement of one million dollars for each of the 275 constituencies would also progress for infrastructural development.

President Akufo-Addo hinted that landing beach for Senya Beraku will soon be constructed to create jobs and wealth and also reduce the migration of the youth to other towns in search of non-existing jobs.

The President said directives had been given to the Ministries of Transport; and Roads and Highways to put in measures to control excessive traffic congestion, which had hit Kasoa and beyond after the construction of the overhead bridge.

He announced that the road from Bawjiase to Obrachere would be constructed to facilitate the transportation of goods and services in the area.

Madam Elizabeth Afoley Quaye, the Minister of Fisheries and Aqua Culture, said the President had directed the Tema Oil Refinery (TOR) to work extra hours to produce more premix fuel to be supplied to fishermen in the country to avert shortage.

She said the Fisheries Ministry will soon start the registration of all canoes for free to enable the Ministry to have the accurate record for offering the needed assistance.

The Minister, however, cautioned fishermen and fisher folks to be extra careful about their dealings with Non- governmental organisations, (NGOs) which were not known to the Ministry to avoid being swindled.

Mrs Mavis Hawah Koomson, the Minister of Special Development Initiatives, said all was set for disbursement of the one million dollars package meant for 275 constituencies.

She said the money would be used to fund locally-initiated water, electricity and other projects, and urged them to adopt their own strategic plans for their benefit.

The Minister said micro businesses would be rolled out for women to enable them to engage in small scale enterprises to improve their living standards.