President Akufo Addo has assured the family of deceased highlife legend Paapa Yankson of government’s support to give him a beffiting state burial.

The final funeral rites for Paapa Yankson will be held on 21st October, 2017.

Akufo-Addo said this at a meeting with a delegation of family and friends led by the Minister of Tourism, Arts and Culture, Catherine Abelema Afeku.

The delegation included the leadership of the Musicians Union of Ghana (MUSIGA). He said the funeral should be held at the forecourt of the State House.

While expressing his condolence to the widow, and the family of the late highlife legend, Akufo-Addo described Paapa Yankson as a pillar of the Ghanaian music industry and an icon who has served the nation very well. 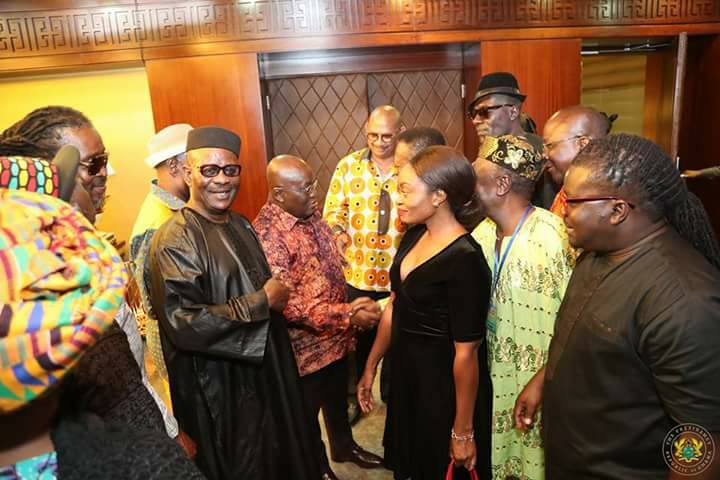 The head of Odomna Ebusua, Nana Akom Ogyeanda I, informed the President that the final funeral rites will be held on October 21 and 22, 2017.

Present at the meeting were the Queen mother of the Odumna clan of Ekumfi Asaman/Buadukwaa, Nana Enfiua III; the widow, Mary Ogbamey; Paapa Yankson’s son Silas Yankson, and some of his siblings and other relatives.

The late Paapa Yankson died after a short illness on July 21, 2017.