The governing New Patriotic Party (NPP) has deferred the amendment of its constitution.

The party which is currently holding its Annual National Delegates Conference at Cape Coast in the Central Region differed the constitution review in an eight-point resolution approved at the event.

NPP in the resolution stated that an extraordinary National Delegates Conference will be held before the end of year [2017] to consider the proposals.

“An Extraordinary National Delegates’ Conference to be held to consider all proposed constitutional amendments in the terms of the motion moved and carried today [Saturday],” the resolution statement added.

Citifmonline.com understands that some members of the party have called for the review of the party’s Electoral College system to ensure that the same number of delegates who vote for the party’s national executives is the same for the selection of their presidential candidate.

Some NPP members have also reportedly called for a review of requirements for constituency and regional executive position.

They want only persons who have gone through the ranks of the party at the local level to be given the chance to via for such positions.

Below is the resolution made at the conference 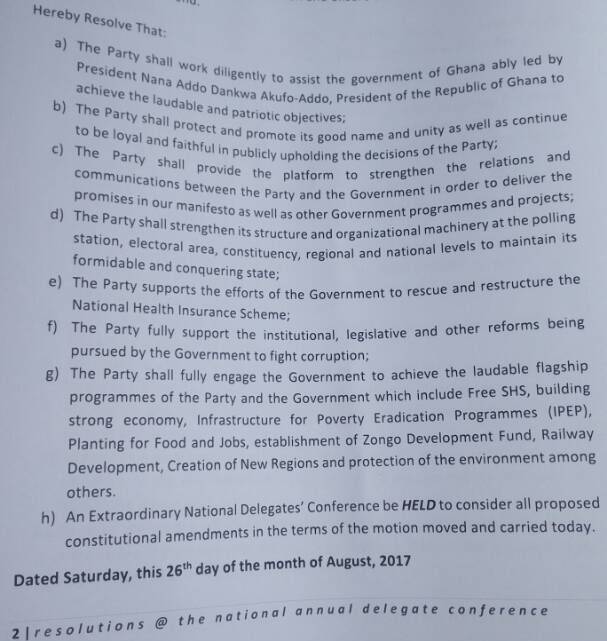