Two rival chiefs of the Dangbebiawe in the Ada Traditional Council clashed at the durbar grounds of 2017’s Asafotufiam celebrations at Ada.

The confusion, which stalled the event for about 30 minutes, ended with the intervention of the police and military. 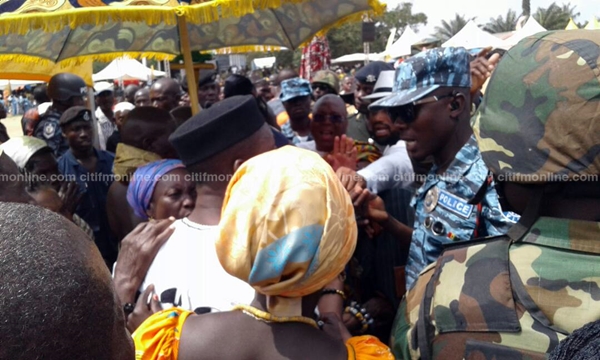 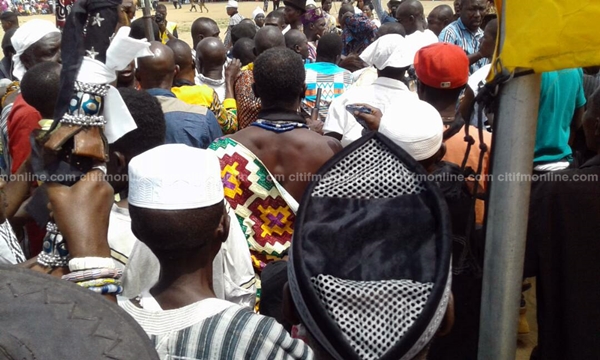 According to Citi News sources at the festival grounds, the spat is a result of confusion among the Dangbebiawe Clan with regards to who pledges allegiance to the Paramount Chief.

The clan has a gazetted and recognized sub chief of Dangbebiawe in the person of Nene Lanuer Osabutey Okumo, who has been inducted into the Ada Traditional Council.

But some elders from the same Clan belonging to a rival faction also allegedly enstooled a rival chief without the approval of the Paramount Chief of Ada.

This situation, however, resulted in a confusion when the gazetted chief was called to pay allegiance to the Paramount chief