We’re fed up with demands for gay rights – Speaker

Speaker of Parliament, Prof Mike Oquaye, has warned that leaders in countries like Ghana would not countenance the aggressive push by external forces to accept acts such as homosexuality, bestiality among others.

[contextly_sidebar id=”q1iaFZifUJvVvM0dSAEPtzNXZGU4wUsx”]His caution follows a courtesy call on him today [Tuesday] by Amnesty International, where they made demands including a scrapping of the death penalty from the statute books.

But the Speaker said African leaders are getting tired of some of these demands on the basis of human rights.

“Following what Tony Blair said which I personally wrote him a letter that if we do not go the homosexual way, it was going to affect their aid to us. Honestly in view of these developments, we Africans are also concerned about certain things that may appear really intellectual …It is becoming a human right in some countries. The right to do homosexuality. The right for a human being to sleep with an animal. We are tired of some of these things and we must be frank about it. ..I think all these matters need to be seriously interrogated …,” said the Speaker. 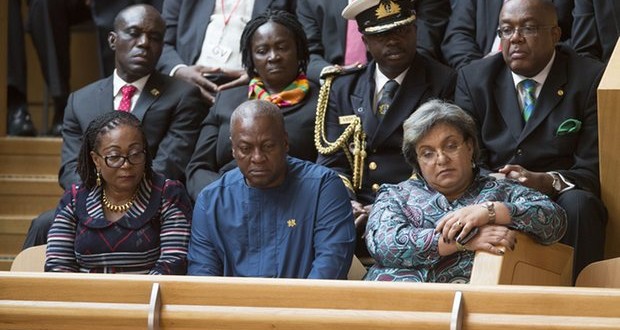 In 2016, some Members of the Scottish Parliament called on their government to confront John Dramani Mahama, who was President at the time, on Ghana’s alleged abuses of its lesbian and gay citizens.

Ghana is one of 75 countries which consider homosexuality as illegal.