The President of Switzerland, Doris Leuthard, will give a speech tonight, Wednesday, July 12, ahead of an event organised by policy think-tank IMANI Africa.

The speech, which will be delivered from the Kempinski Hotel Gold Coast City in Accra, will be live on radio from 6:30pm and online at http://tunein.com/citi973.

Doris Leuthard’s address will precede a panel discussion on the theme “Governance in the age of social media”.

The event will also feature contributions from the Vice President of IMANI, Kofi Bentil and Jemima Nunoo, a senior lecturer at the Ghana Institute of Management and Public Administration (GIMPA). 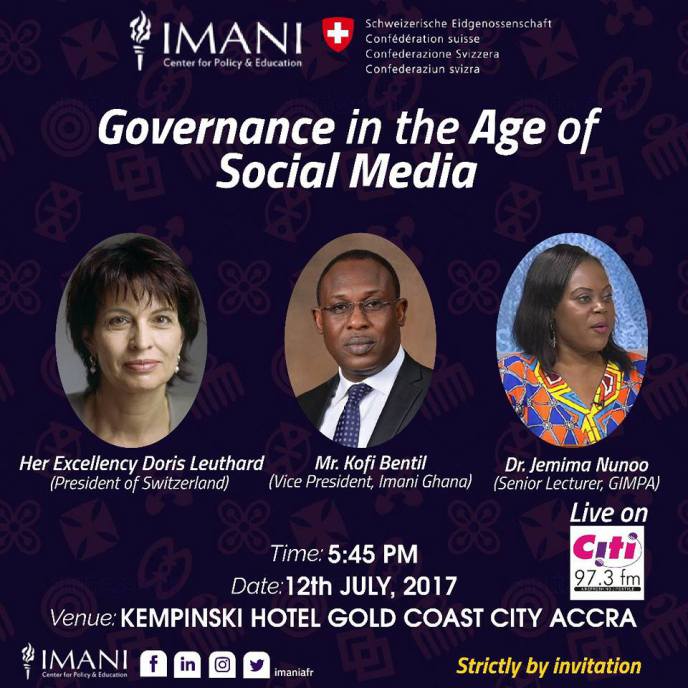 The 53-year-old studied law at the University of Zurich, and became a partner in a law firm before entering parliament as an MP for the canton of Aargau in 1999.

In 2010, Leuthard became the third woman in Swiss history to become President and the first from the Swiss-German region. She also speaks French, Italian and English.