The Coalition of Non-Governmental Organisations (NGOs) Against Mining in the Atiwa Forest Reserve, has said it will petition the International Union For Conservation of Nature, to stop attempts by Government to allow the mining of bauxite in parts of the forest as part of a 15 billion dollar arrangement with China.

Vice President, Dr. Mahamudu Bawumia, has explained that, as part of the 15 billion dollar deal, Ghana will leverage 5 percent of its Bauxite reserves, including the deposits in the Atiwa Forest.

[contextly_sidebar id=”sh1fZJhcWolqBeK2bMIxndldNd0YvN2H”]Concerns have been raised by some members of the Minority in Parliament that mining the bauxite might be detrimental to the forest reserve, and also affect several water bodies in the area.

However, the Government has clarified that the Atiwa Forest might not be considered for bauxite exploration and even if it is, this could be done without destroying the reserve.

Making a case for an alternative that will provide employment and also preserve the environment, the Coalition advised government to instead consider turning the forest into an eco-tourist site. 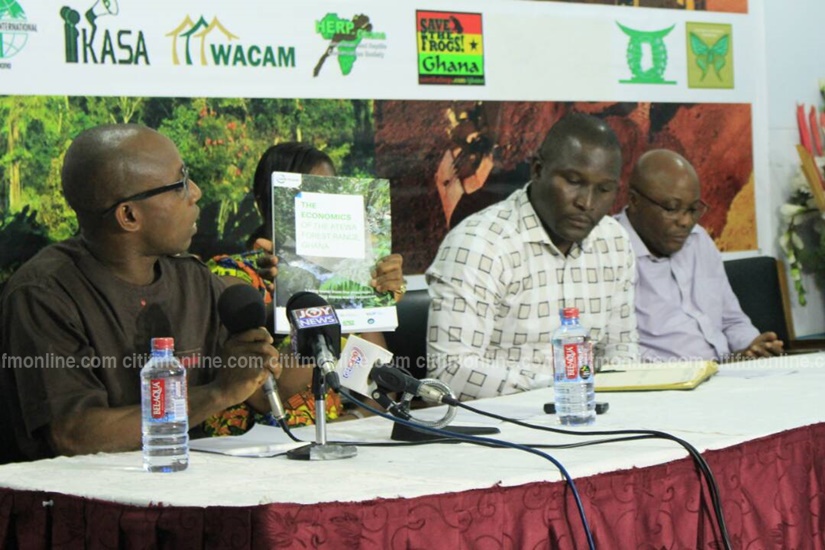 Addressing a press conference in Accra today [Wednesday], Daryl Bosu, the spokesperson for the coalition, said the present deal with the Chinese, which seeks to leverage bauxite lying beneath forests and vegetated off-reserve areas, will work against Ghana’s Nationally Determined Contributions (NDCs) to the Paris Agreement submitted during COP 21.

He stated that, although some assurances had been given, the group wants government to take into account the dire consequences such an undertaken might have on the environment. 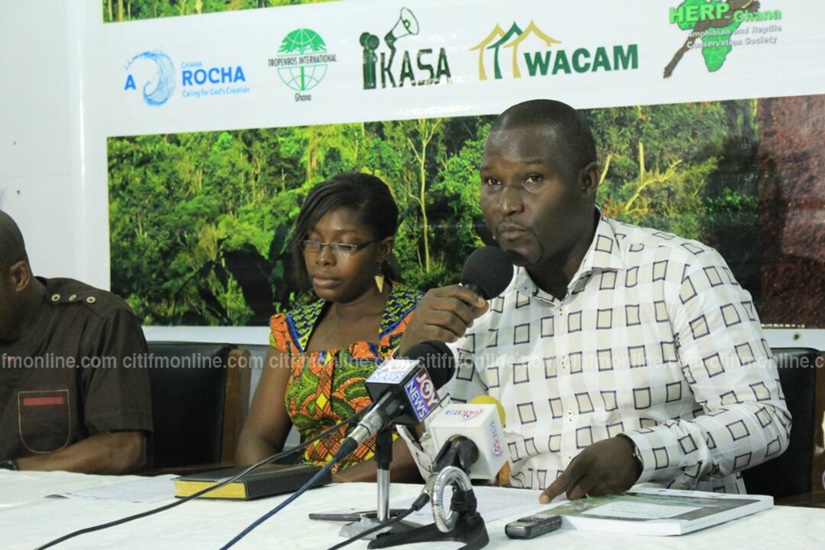 Below are the requests and proposals made by the Coalition to Government;

1. We are requesting government to as a matter of urgency to expunge Atewa Range Forest in Kyebi out of the deal with the Chinese. The Snr Minister has already indicated that Atewa is not on the list, but has also indicated a possibility of mining close to the range. This latter statement is not convincing enough and we ask for complete delisting of Atewa Range from the bauxite deal. In outlining what the money will be used for, the Vice President, further reiterated the fact that government will be leveraging on the Nyinahin and Kyebi Bauxite. This is worrying and inconsistent with the statement by the Snr Minister Osafo Marfo. We hope the government is very aware of the cliché, “…not all that glitters is gold” and that there are some things, that just can’t be traded for all the money in the world. Our forests and particularly Atewa Forest Reserve is one such asset and heritage that cannot be traded.

2. Again in furtherance to entrenching Ghana’s commitment to the SDGs particularly goals 6, 13 and 15, the government of Ghana should declare Atewa Range Forest Reserve as a National Park. This will certainly be the most lasting legacy generations will forever remember this administration for, together with bringing to a halt the activities of galamsey all over the country.

3. In respect of the request for the Atewa National Park, the government of Ghana needs to be aware that, plans are far advanced, with affirmed international commitment to support green development pathways, such as eco-tourism development, and sustainable cocoa production in agro-forestry systems within the Atewa Landscape to promote long-term water provisioning services, reduce poverty and contribute to socio-economic development within the region.
Just as the Vice President Said, ‘Ghana is indeed ready for big things’ Yes and we agree. That said, we need government to be mindful of the fact that the kind of big things we need is green investments that enhances our natural capital without compromising the ability of futures generations access to a healthy and sustainable environment.

Our Proposals to Government to harness the outstanding wealth of Atewa Range Forest are as follows:

1. Our vision is of an Atewa Living Landscape: with thriving communities at whose heart is its greatest natural asset – the Atewa Forest – protected in perpetuity and also provides economic benefits. This vision has broad support locally, nationally and internationally. It serves Ghana well, and offers a significant legacy for the current administration, especially on this 60th anniversary year of the Republic of Ghana that the Government has dedicated to the environment. It is a vision for an integrated landscape that respects the region’s history, its environment and its people, and one that bring development to the region in a sustainable way.

2. The main characteristics will be a flagship national park, with a thriving tourism industry that supports the operation of the National Park and brings much needed income to the surrounding communities. The wider landscape around the National Park forms an enterprise zone where land use practices that support the forest are encouraged from natural forest restoration to agro-forestry and commercial reforestation. This will constitute the crucial basis for a protected watershed for millions of people living downstream in the Eastern, Central and Greater Accra regions, as well as the residents of Kyebi and its environs, clean, safe, dependable and affordable domestic water. It will also provide the conditions for a viable agro-industrial sector within the landscape.

To achieve this we propose the following roadmap:

1. We ask the H. E the President to use his Executive Power to declare Atewa as a National Park. This provides security and stability for the implementation of subsequent activities including investments in ecotourism, agro-forestry and livelihood improvements. Designation can be achieved through an Executive instrument.

2. The government should work in partnership with key stakeholders to develop a landscape master plan, including a protected area management plan and buffer zone plan, including hydrology and reforestation.

Members of the Coalition:
A Rocha Ghana
Tropenbos Ghana
Friends of the Earth
Okyeman Environment Foundation
The Development Institute
Save the Frogs
Herp Ghana