Management of the Northern Electricity Distribution Company of the Volta River Authority (NEDco-VRA) has served notice that the company is at the verge of collapse largely due to power theft.

The company’s Corporate Communications Director, Maxwell Kotoka brought this to the fore at a news conference in Tamale where he disclosed that 45 percent of power theft was recorded in the Tamale Metropolitan Area alone. 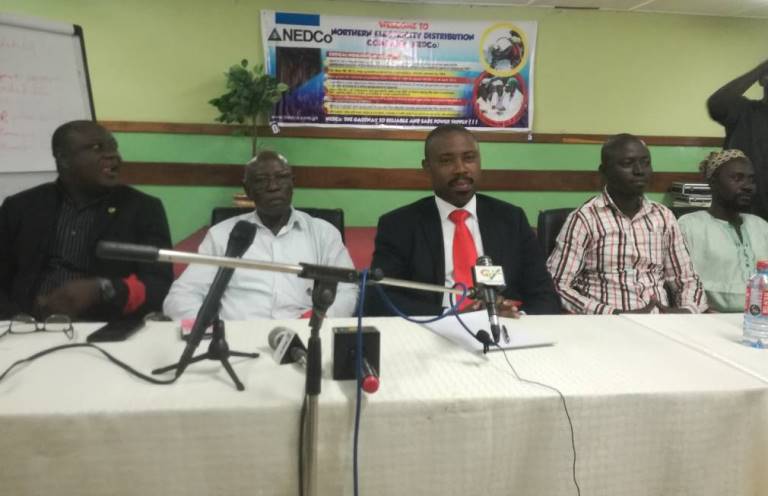 [contextly_sidebar id=”f9up5cAGJWqzXgStUDlN4nyqklg9oCAg”]According to him, NEDco-VRA staff safety is in jeopardy because a significant number of notorious defaulting customers continued to victimize staff on the line of duty.

“Defaulting customers continue to ignore Court summons but be rest assured that we will continue to intensify vigorous monitoring and disconnection exercises without prior announcements,” he warned.

Below is the press statement.

PRESS BRIEFING BY NEDCO ON THE EVENTS LEADING TO DAYS OF UNRESOLVED POWER SUPPLY INTERRUPTIONS AT DOHINAAYILI, A SUBURB OF TAMALE – TUESDAY, JULY 11, 2017 AT THE CONFERENCE ROOM OF THE NORTHERN AREA.

Distinguished Members of the Media, Ladies and Gentlemen, Good Afternoon to you all. On behalf of the Management and Staff of Northern Electricity Distribution Company (NEDCo), we wish to welcome you all to this briefing and to immensely thank you for responding to our invitation at such a short notice.

Over the past few days, NEDCo has received some significant reportage as well as a fairly massive media attention and commentary. Ladies and Gentlemen, we deem it fit to brief you formally on the events leading to this, how the impasse was resolved and to use the occasion to advise all going forward.

In the recent past, NEDCo staff have suffered a myriad of worrying cases of assault, threat to life, intimidation, physical hindrance and harassment in the course of discharging their legitimate duties as responsible civil servants. These duties include installation of Pre-Paid Meters (PPMs), monitoring of PPMs, disconnection of defaulting customers and direction of service of court summons.

Sadly, a significant number of our customers abhor and can simply not tolerate these actions because once they are carried out successfully, their chances of either stealing power from NEDCo or perpetuating their indebtedness to NEDCo becomes bleak. For this reason, we have been assaulted, threatened, intimidated, physically hindered and/or harassed in the past in various suburbs of Tamale. 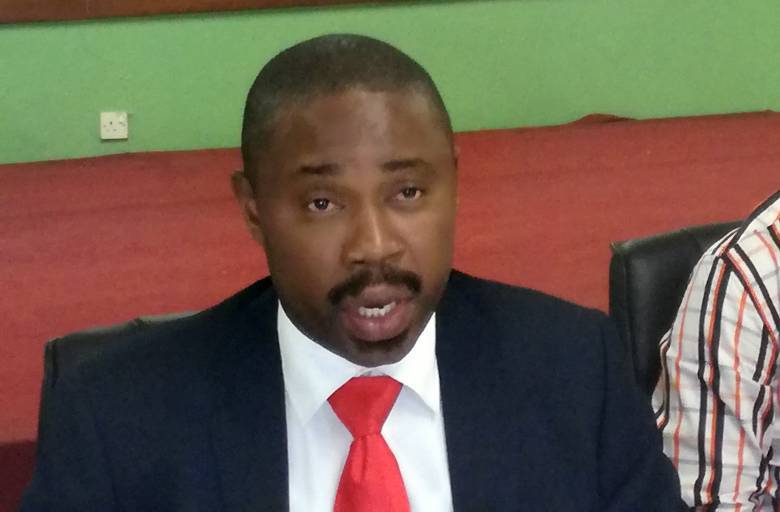 These include Aboaba, Zogbeli, Lamakara, Changli, Gumbihini to mention a few. This impunity kept growing in leaps and bounds as even on one occasion, it led to a sit-down strike by staff who accused Management of not protecting them. On that occasion, the matter was as usual, reported to the Police who did their bit by charging the suspects only for them to refuse to show up in court.

Matters got to a head when the police, in an attempt to effect the Bench Warrant that was issued against them, were pelted away from the community. Eventually, Management had to use alternative means to resolve the impasse and to get staff to rescind their decision to strike and get back to work. Ladies and Gentlemen, perhaps, the most painful part of all these is that before we are humiliated, the communities are quick to remind us of how we were “stopped” or “disciplined” in other communities; adding that they would even do more.

Distinguished members of the Media, this is the antecedent of the recent events at Dohinaayili; we have been compelled to outline all these so as to properly posit the Dohinaayili incident.

In the forenoon of Wednesday, July 05 2017, a NEDCo Team was in Dohinaayili with a Court Bailiff directing service of court summons to some residents who had been caught by NEDCo in various acts of illegal connections and power theft. Ordinarily, the Bailiff should have done the service alone but because of the gawky house numbering system, NEDCo had to accompany the Bailiff. It must therefore be noted that NEDCo was ONLY assisting the court official to execute an order of the Court, the fountain of Law and Order in our society.

After an hour or so of working, the NEDCo Team (including the Bailiff) had moved significantly away from the official NEDCo-branded vehicle that conveyed them to the community. At this point, a group of young men wielding clubs, machetes, sticks, metal bars, catapults and wooden planks with nails perforated through them chanting antagonistic tunes and threats moved towards the NEDCo vehicle ostensibly, in search of the NEDCo Team.

As the NEDCo Team was not immediately in sight, the charged youth deflated three of the four tyres of the NEDCo vehicle thereby demobilizing the vehicle and significantly denying the Team any real chances of retreat or even escape. Having succeeded in this, the youth then went into the community scouting for the NEDCo Team; from the loud chants of the youth, our Team sensed danger so they kept moving away from the din till they could no more.

The youth caught up with them and molested the Team Leader, heckling him by the collar of his shirt. Fortunately, our Team escaped by rushing into some tri-cycles that were passing by as some on-lookers sought to know from the youth what the matter was. As our Team escaped, the youth warned that they would not be lucky next time as there would be bloodshed. 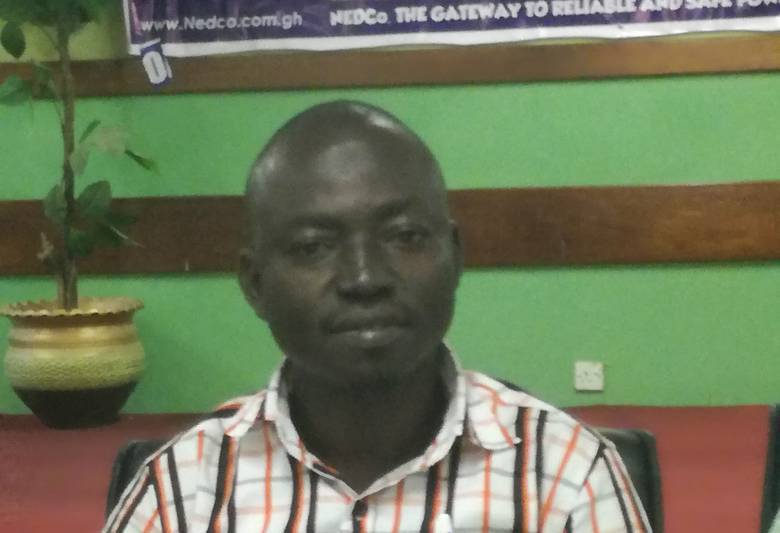 While the Bailiff went to report to the Court, the NEDCo staff came to report the incident to Management which directed that the matter be reported to Police immediately. It had to take armed police escort for NEDCo to move a vulcanizer to the demobilized vehicle to recover it. Later that day, a number of faults were reported to the NEDCo office which faults included one from Dohinaayili (others include one each from Dungu UDS Campus, Police Barracks Primary School and Ministry of Agriculture). All the other faults were fixed that same day but the one at Dohinaayili could not be attended to as our staff argued that given the events of the day coupled with the threats of bloodshed that were issued, they did not feel safe enough to go back into the community for whatever reason. Management also had its hands tied as it lacked the moral courage to compel them to go back into that same hostile community to address a fault, especially bearing in mind the recent dastardly mob actions in other parts of the country. The situation persisted as NEDCo was looking for assurances of unqualified and unequivocal safety and security for its staff.

Ladies and Gentlemen, perhaps, this is the most opportune time to delve into how much money and which customers were involved in the illegal connections in Dohinaayili. Management has decided that going forward, NEDCo will add “naming and shaming” to the tools available to her for fighting illegal connections. Under the circumstances, Dohinaayili has offered itself as a very fine starting point. Accordingly, below are the names and their various estimated stolen power in cedis:

Ladies and gentlemen, if only 24 customers could together steal power worth more than GH₵75,000.00, then the following legitimate questions arise:

Ø  What does it mean to well-meaning members of the public who honestly and decently buy power?

Ø  What is the fate and future of NEDCo?

Ø  What is the future of electricity distribution in the operational area of NEDCo?

Ø  If nothing is practically done about this situation, can the Management of NEDCo justifiably continue to be in office?

At this point, we believe that there is no one still in doubt as to why NEDCo must be firm, resolute, consistent, vigorous, ruthless and unrelenting in the war against power theft. This is why we cannot and should not be intimidated and/or dissuaded from going after the power thieves. “Naming and shaming” as an additional tool has just begun.

Meanwhile, from the day after the fault was reported, various opinion leaders from the community including chiefs and politicians like the Assembly man of the electoral area began to engage NEDCo on the possibility of reaching an amicable solution as they wanted the fault fixed for them; the immense role of the Metropolitan Police Command in this cannot be over-emphasized.

Through these talks, the following conditions were set:

Ø  That, the opinion leaders will ensure that the Bailiff is amply assisted to deliver the relevant summons to the appropriate recipients in the Dohinaayili community

Ø  That, the opinion leaders should guarantee that the unruly youth of the area would be reined in subsequently

Ø  That, the opinion leaders would after all these, guarantee NEDCo the safety and security of her staff working within Dohinaayili

Ø  That, the opinion leaders will co-operate with the Police in the latter’s investigation of the formal complaint lodged by NEDCo.

Generally, these conditions have been largely met and we believe that the prosecution of the power theft suspects would continue unabated. Upon reviewing the situation, the Management of NEDCo consulted with key stakeholders including staff and concluded that it was fairly safe to send staff back into the community. Consequently, the fault was fixed and power restored to the affected community at or around 1700 Hours GMT on Monday, July 10, 2017.

We wish to render an unqualified apology to well-meaning, decent and tariff-paying residents who fell victim to the effects of our inability to fix the fault as timeously as we are wont to doing; it was never intended to inconvenience you. We simply had to protect the lives of our staff. Once more, accept our apologies.

Ladies and Gentlemen, much as we are all happy that this impasse has seen a peaceful resolution, we would want to use it to sound a very deafening final CAUTION AND ADVICE to ALL communities that have displayed such impunity against us in the past as well as those who may be intending to do so going into the future that we shall no more risk our lives and safety to work for the comfort of communities where we are endangered or our safety is jeopardised. Electricity, like any other commodity must be paid for once it is acquired or used. Ours as distributors is to make electricity available in its right quantity and quality and as consumers, once you use or acquire the electricity, you MUST PAY for it so it simply cannot be that any legitimate move by NEDCo to claim monies owed it or power stolen from it is seen as harassment.

Going forward, we intend to intensify our checks and monitoring very rigorously for which reason announcements have been running for the past month or so to prepare our customers. Without any further notice, we shall visit you so do that which is honourable and expected of you as a well-meaning citizen so that together we can save NEDCo from collapse and be able to pass it on to future generations as we inherited it from our forebears.

Distinguished members of the Media, lastly, permit us to acknowledge and thank the general public, the Regional and Metropolitan Police Command, the Command of 6Bn, staff of NEDCo, the Bailiffs involved, the opinion leaders of Dohinaayili and of course you, the Media for the wonderful show of understanding and support in these difficult times. We hope to continue counting on you all for, as we strengthen NEDCo, we strengthen the gateway for industrial development in the operational area. Thank you. God bless us all.