NPP youth clash with police in Savelugu over MCE position

There was a standoff today [Thursday] between some irate youth of the governing New Patriotic Party (NPP), and the police at the precincts of the Savelugu/Nantong municipal assembly complex.

The youth locked up the main entrance to the building, following a security escort for the MCE, Hajia Ayishetu Seidu to her office on Wednesday.

The armed security personnel dispatched to maintain law and order, were compelled to fire warning shots to bring the situation under control. 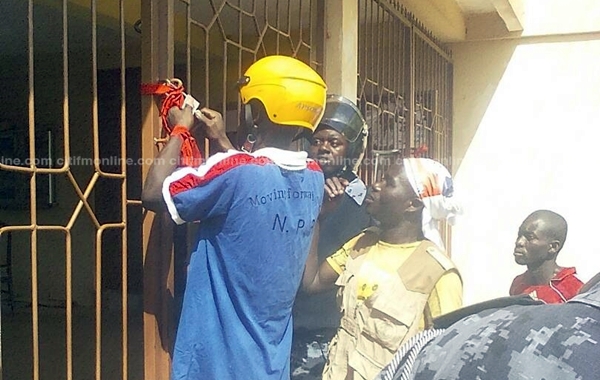 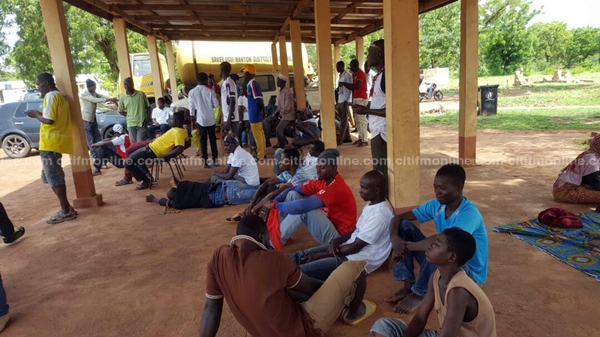 The defiant youth pelted stones in reprisal, which damaged some of the security patrol vehicles.

The situation has created uneasy calm in the Savelugu Township where the protesters have so far organised three peaceful demonstrations against the MCE’s nomination and subsequent confirmation.

He has advised the joint Regional Security Council and the Savelugu/Nantong Municipal Security Committee to be tactful in handling the situation.

Hon. Abdul Samed Gunu emphasized that, dialogue should be the panacea to solve the political stalemate there. He is worried he could lose the seat at the 2020 polls which the NPP won for the first time in 2016, if his constituents are oppressed.

The Savelugu-Nantong Municipal Chief Executive, Hajia Ayishetu Seidu, has been under siege since her confirmation.

Some angry residents of the area opposed to her confirmation have vowed to resist any attempt to allow her work in the office.

A joint task-force from the Regional Security Council and the Municipal Security Committee, gave her the leverage to assume her lawful civic duty as the Savelugu/Nantong Municipal Chief Executive.

The decision was arrived at after several hours of deliberations on the political stalemate over Hajia Ayishetu Seidu’s barricade from office since her confirmation.

8 Ways to be the man every girl dreams of