Nkoranza, near Santasi in the Ashanti Region, was the scene of a crash involving four cars after a van belonging to the GN Bank, rammed into three others on Monday morning.

Driving the GN Bank van was a gentleman, identified as Nicholas, believed to be in his early 40s.

Nicholas, Citi News gathered, is a driver who is not believed to be mentally unstable, contrary to earlier reports. 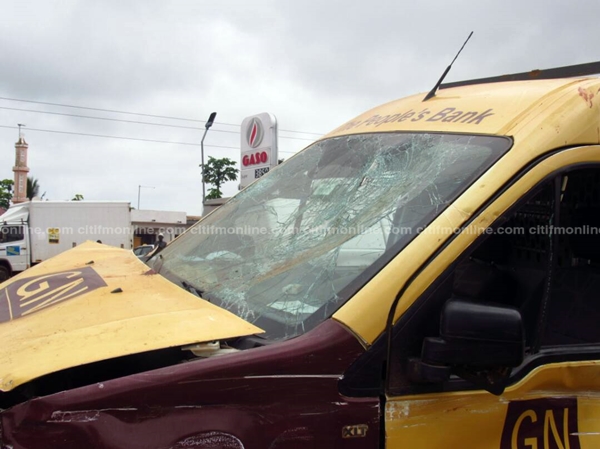 Indications are that he may have experienced a symptom of “high fever.” According to Nicholas’ wife, Nicholas vehemently demanded his 3-month old baby from her on Monday morning as she was bathing the baby.

“I refused to give the baby to him, and I run to my neighbour. My husband is a quiet man, he is even an introvert, I don’t know what came over him this morning,” the wife said to Citi News.

Nicholas then rushed out of the house and attacked people he met on the road, including a Mobile Money Agent whose shop is situated along the road.

Residents who knew him chased after him until he picked a shovel and run to the streets.

“He just met me on the road, I had put on my hazard light and was driving slowly, all I could see was this man who started breaking my passenger glass with the shovel in his hand, so as for me, I got down, because I was very much afraid,” the driver said. 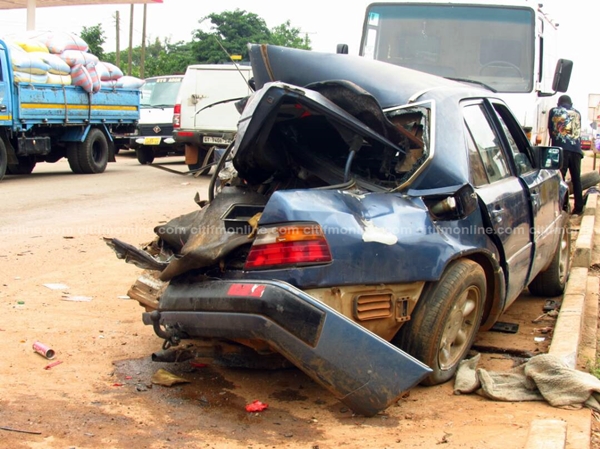 Nicholas was driving the van at top speed, and at a speed ramp at Trede, he collided with three other cars. The owner of a Mercedes-Benz involved in the crash was severely injured and is receiving treatment at the Gary Marvin Hospital at Nkoranza.

Nicholas is currently in police custody.