Young Cadres in the Ningo Prampram Constituency of the Greater Accra Region, have organized a three-kilometre walk to commemorate the June 4 Revolution in the constituency.

The young cadres made a clarion call on the leadership of the National Democratic Congress (NDC), to revisit the ideals of the party as part of efforts to rebuild it for victory in 2020. 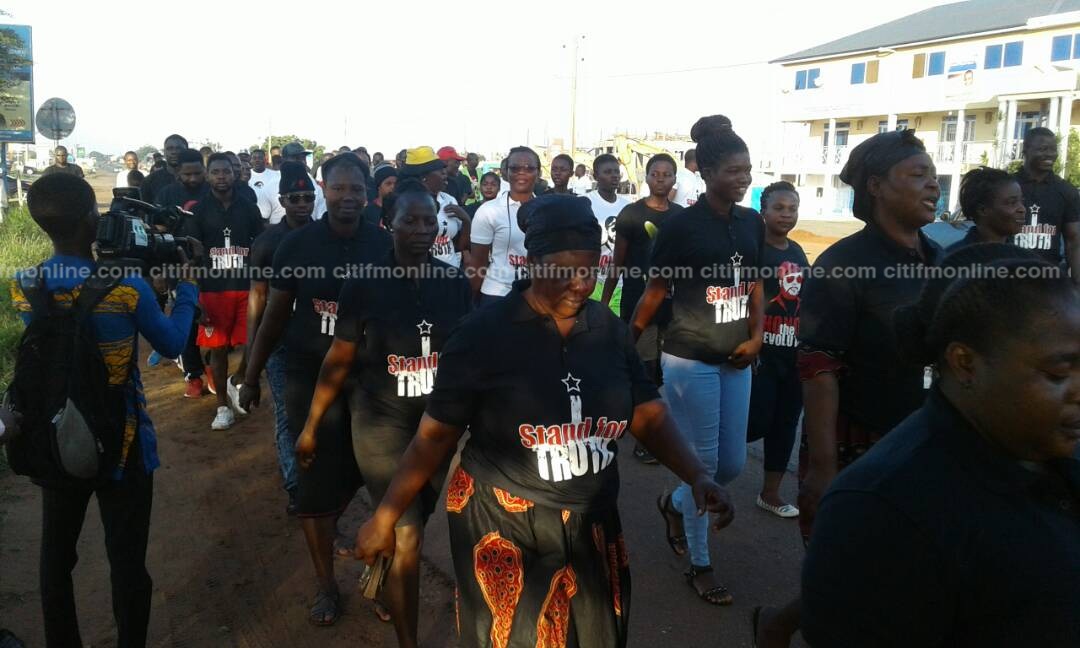 Numbering about five hundred, the young cadres marched from the Emefs Police station along the main Akosombo road to Afienya, where they converged on the main lorry park to address the charged members.

Addressing the crowd who were joyfully chanting and dancing to NDC tunes, the spokesperson for the group, Oko Mensah, noted that the walk was supposed to remind themselves of the ideals of the party and also remind the party hierarchy of concerns raised by the grassroots for possible redress. 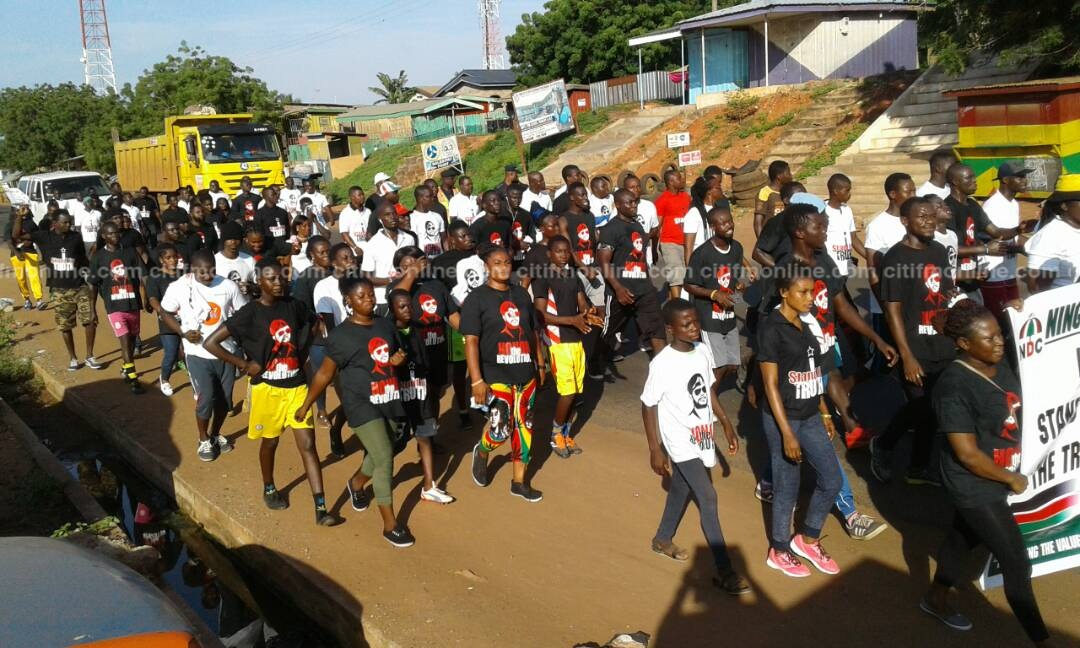 “This walk is the first of its kind in the constituency and it is geared towards reminding ourselves of the ideals of the party now that we are in opposition. It is important we do the right thing as a party and believers of June 4”

He said “the party was formed on three values which are; probity, accountability and social justice, and these values are still relevant today hence the celebration of the day.”

Mr. Oko Mensah noted that, the 2017 theme for the June 4 celebration, which is ‘Probity, Accountability and Truth in contemporary governance’, is very much appropriate, and must be deeply thought through by every member of the party.

He urged all to think over the theme and work towards it to ensure the victory of the party come 2020. 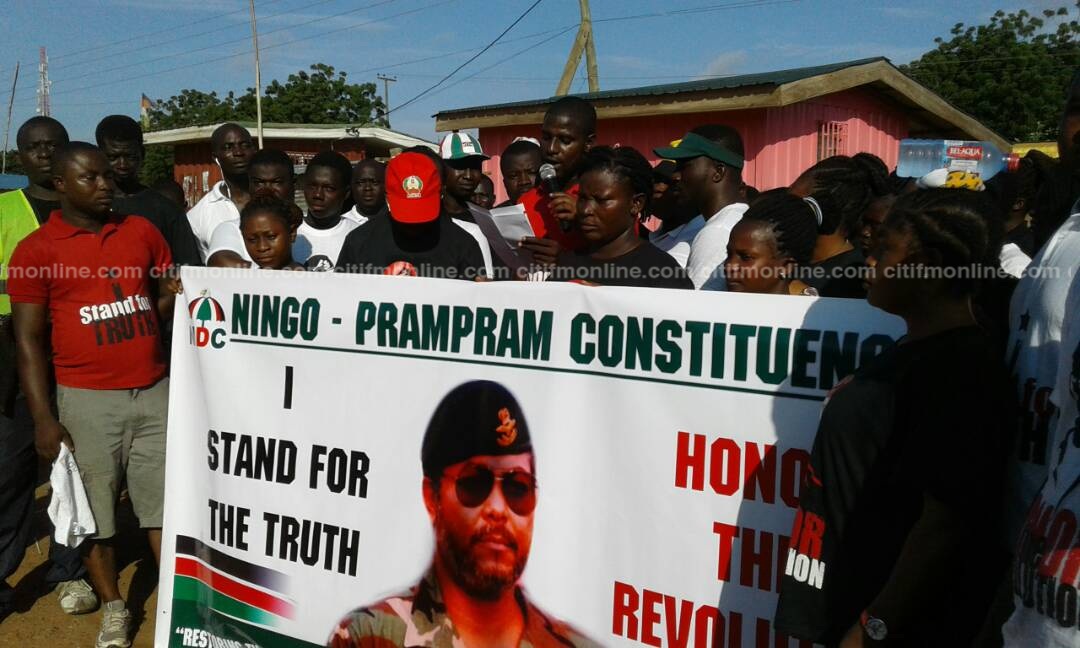 “We are sending a clear message to our party leadership in the constituency to think through the theme for this year’s June 4 event and do the right thing in the branch re-organisation or face our wrath. We must work together as a team and a party so that ultimately we achieve a common victory in 2020.”

“We are happy for this march today because we feel it is about time, we revisit the ideals of our party and act accordingly to ensure we wrestle power from the NPP in 2020” they said.

A statement issued by the June 4th Anniversary Planning committee said the leader of the June 4 uprising and Chairman of the AFRC, Flt Lt Jerry John Rawlings, will be the keynote speaker at the durbar to climax activities marking the 38th anniversary of the uprising.