A delegation of Ghanaian government officials led by the Senior Minister, Samuel Yaw Osafo-Maafo on June 25, 2017, visited Jereh Group Headquarters at Yantai in China for a Strategic Cooperation Summit with the theme of achieving shared growth through a win-win discussion and collaboration. 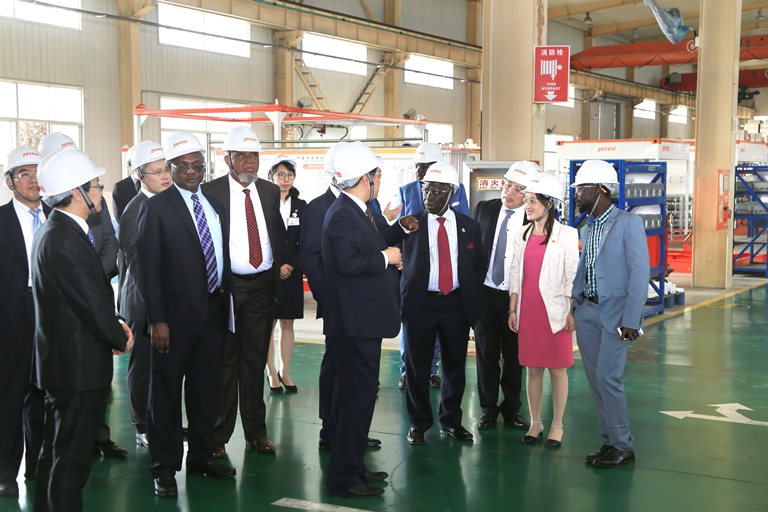 The two parties had an in-depth discussion on the Aboadze-Tema Gas Transportation Pipeline Project as well as other areas of mutual synergy and future opportunities for cooperation such as pipelines, refineries, petroleum storage, LNG/CNG systems, LPG distribution and natural gas compression. 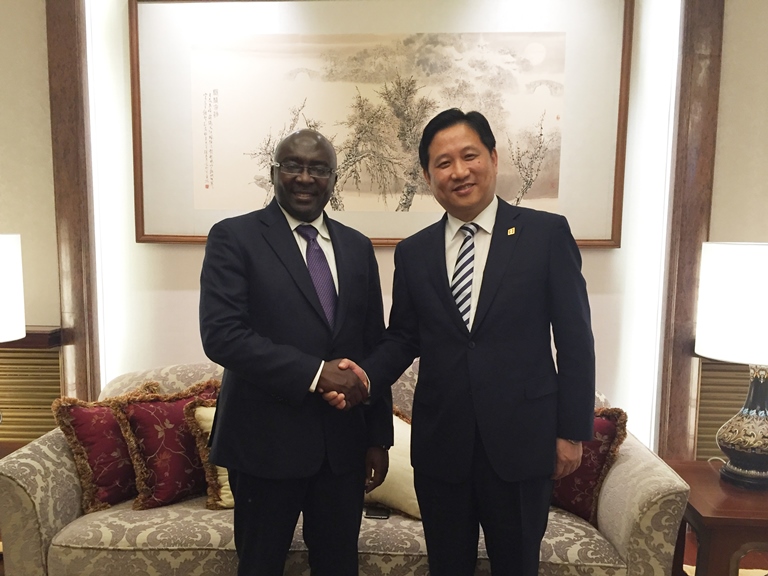 As a result of the discussions, a consensus emerged that Ghana has faced power challenges for the past several years due to the fact that thermal power plants did not have enough fuel resources to fire power generation plants.

The short to medium term development and prosperity in Ghana have been impeded by the uncertainty in natural gas supply.

The Ghana Government plans to transmit natural gas from the Western Region (Tacoradi) to the Eastern Enclave (Tema) by building an onshore natural gas transmission pipeline which will also act as a driver for economic development due to the numerous distribution stations which will be constructed along the coast line of Ghana.

In April, 2017, Jereh Group and the Ghana National Gas Company (GNGC) signed a Project Implementation Agreement for the Aboadze-Tema Natural Gas Transportation Pipeline and gas infrastructure Project. Under a 15 year BOT mode, the terms of this agreement triggered the immediate commencement of preliminary site works as well as Front-End Engineering Design (FEED) activities which are currently on going. Jereh Group is responsible for the design, financing, construction, operation, maintenance and management of the project.

During the visit to Jereh’s state-of-the-art industrial oil and gas manufacturing complex, Yaw Osafo-Maafo, Senior Minister of Ghana described Jereh as being a highly experienced and capable organization in the oil and gas services sector and expressed optimism regarding the company’s impressive development potential.

The Senior Minister described Ghana as the center of the West African alliance and advised that an exemplary performance by Jereh on the gas pipeline infrastructure project would lead to many other opportunities both in Ghana and other West African countries. He also went on to mention that the project will further promote the economic and trade cooperation between China and Ghana under the “One Belt, One Road” Initiative.

In a speech delivered by Jereh Group’s Chairman and Co-founder, Mr. Sun Weijie stated that, “as one of China’s largest independent oil and gas companies, Jereh Group will harness its resources and capabilities into numerous other opportunities within the Ghanaian energy sector. We are happy to have signed a project implementation agreement (PIA) with Ghana for the construction of a critical natural gas infrastructure.” 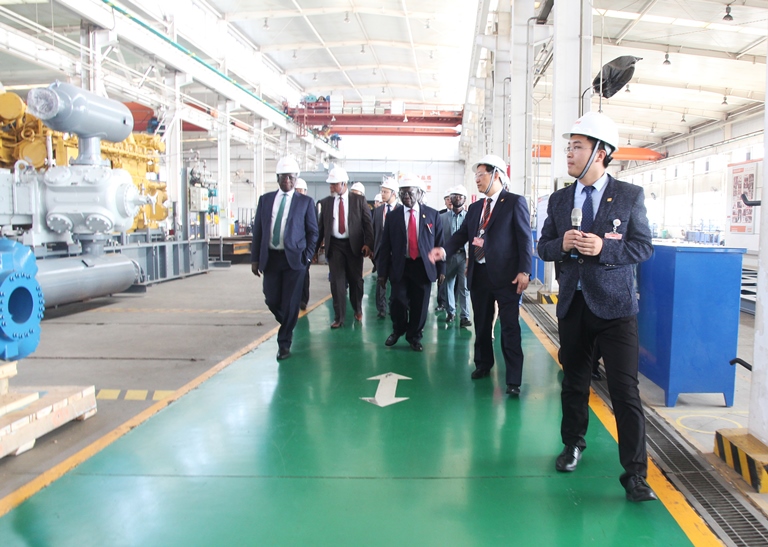 “We believe it will be a catalyst for economic growth and major industrialization across the coastline of Ghana and the Gas Infrastructure project is certainly not the end of our collaboration. On the contrary, we perceive this step as the beginning of many great things to come. We believe that we can turn Ghana’s strategy of ‘one district, one factory’ into a reality,” he added.

After the visit, the Ghanaian delegation was hosted by the Mayor of Yantai City, Madam Zhang Yongxia and her team of Yantai government officials in the Dongshan State Mansion. The Mayor expressed her gratitude to the delegation and gave effusive praise to Yantai Jereh for its excellent work in the international energy sector.

Two days prior to the the Vice President of Ghana, Dr. Mahamudu Bawumia and a delegation of senior Ghanaian government officials including the Deputy Energy Minister, Mohammed Amin Anta, met with a delegation from the Chinese oil and gas conglomerate, Yantai Jereh Group (SZ 002353) led by its Board Chairman Mr. Sun Weijie in the Diaoyutai State Guesthouse, Beijing.

Yantai Jereh Group is a multi-billion dollar publicly traded global organization with a presence in over 60 countries worldwide, specializing in oil and gas services, EPCC project implementation, as well as equipment manufacturing, technological services, project implementation and turn-key engineering. It offers integrated solutions in a flexible, efficient way to help customers resolve the issues and challenges they face.