An explosion involving a fuel tanker at Nkwanda Number Two in the Eastern Region has injured six people.

The explosion occurred after the tanker veered off the road.

The six injured included four fire service personnel, the driver of the truck and his assistant. 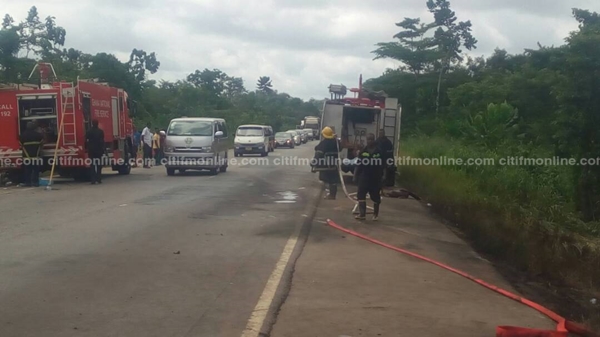 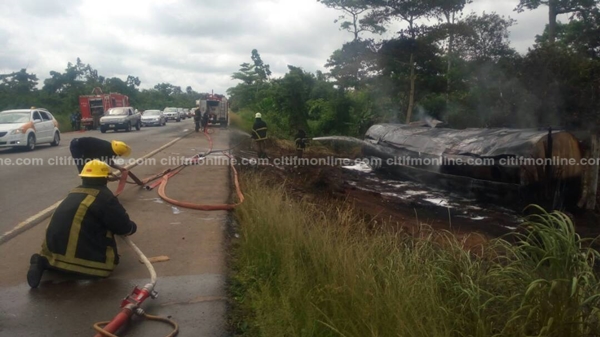 Three fire engines were deployed to fight the fire and in the course of extinguishing the fire, there was an explosion which injured four firemen so they were rushed to a nearby clinic for treatment,” he noted. 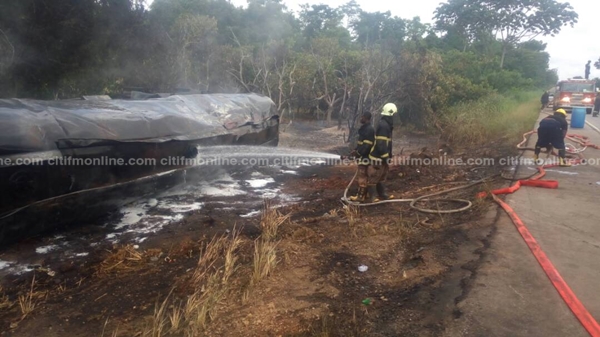 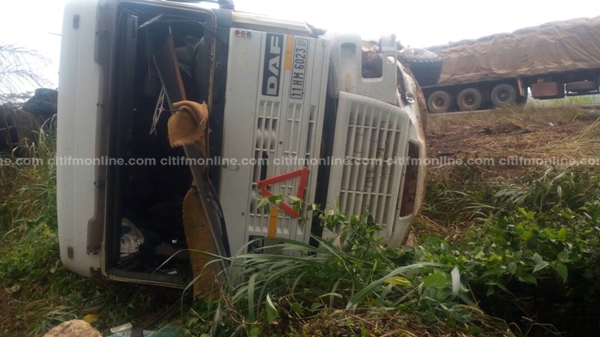 According to Samuel Mantey, what the firemen were doing after the fire was to apply “foam concentrate to prevent additional fires from occurring.”

He explained that with fuel, it “vaporises and when it comes into contact with the ambient oxygen, it can easily catch flames again so we are trying to control that aspect.” 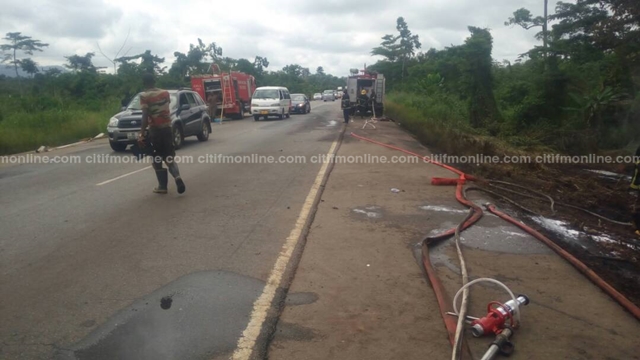 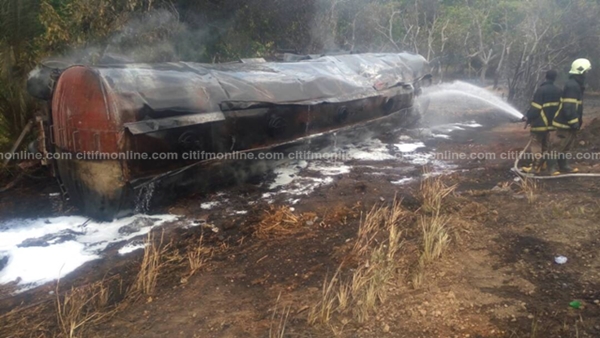 Starlets beat Niger to qualify for U-17 championship final