President Nana Akufo-Addo has condemned as despicable and cowardly the acts of persons behind the bombing in Manchester, UK, in the early hours of Monday.

“Shocked and saddened by yesterday’s terror attack in Manchester, resulting in the deaths of 22 people and injuries to 59. I condemn these despicable and cowardly acts, and extend my deepest condolences to the affected families,” President Akufo-Addo said in a series of tweets on Monday morning.

Monday’s attack outside an Ariana Grande concert at Manchester Arena killed at least 22 people, including children, according to Manchester Police.

A lone suicide bomber set off a homemade bomb and police have subsequently arrested a 23-year-old man in Chorlton, south Manchester, in connection with the attack. Some of the victims have started being identified. 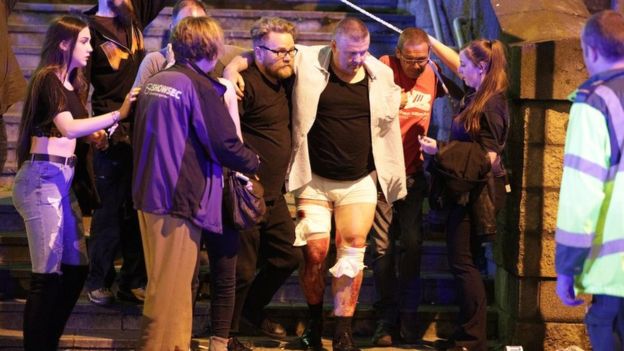 The UK prime minister, Theresa May, in a statement, said it was “now beyond doubt that the people of Manchester and of this country have fallen victim to a callous terrorist attack” that targeted “defenceless young people”.

She noted that the security services believe they know the attacker’s identity but are not yet able to confirm it.

The Queen also expressed her condolences to all those affected, adding that “the whole nation has been shocked by the death and injury”.

This bombing marks the worst terrorist attack in the UK since the July 7 tube bombings in 2005 in which 52 people were killed.