President Nana Akufo-Addo has been decorated with Liberia’s highest national award, the Grand Order of the Most Venerable Order of the Knighthood of Pioneers.

President Akufo-Addo was decorated on Friday, May 27, 2017, at a State Dinner and Investiture ceremony held in his honour by President Johnson Sirleaf, at the commencement of his 2-day visit to Liberia. 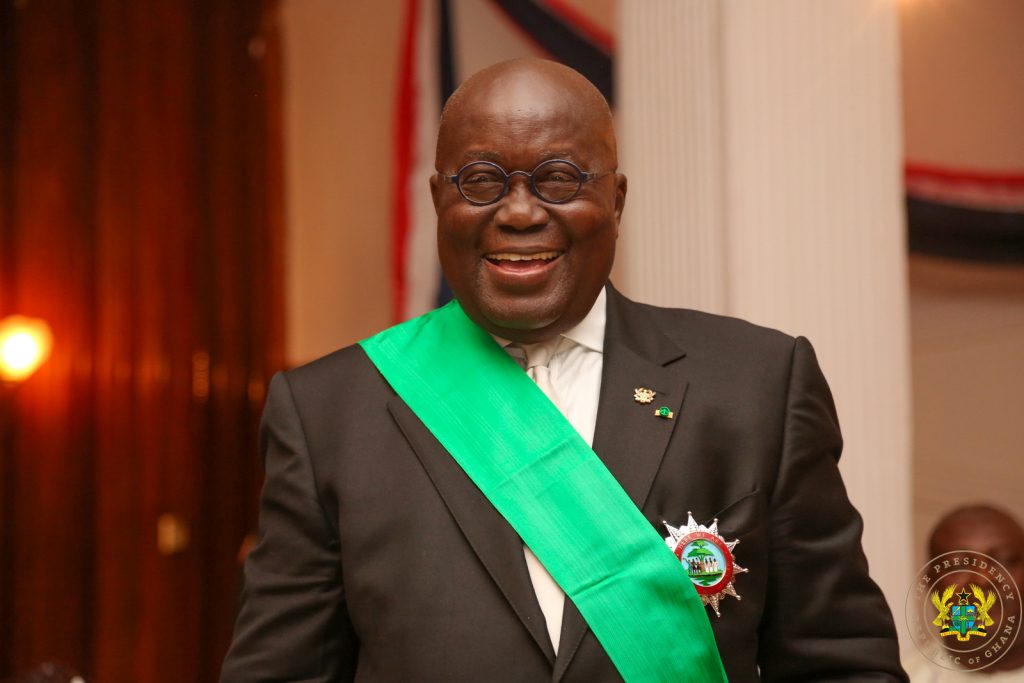 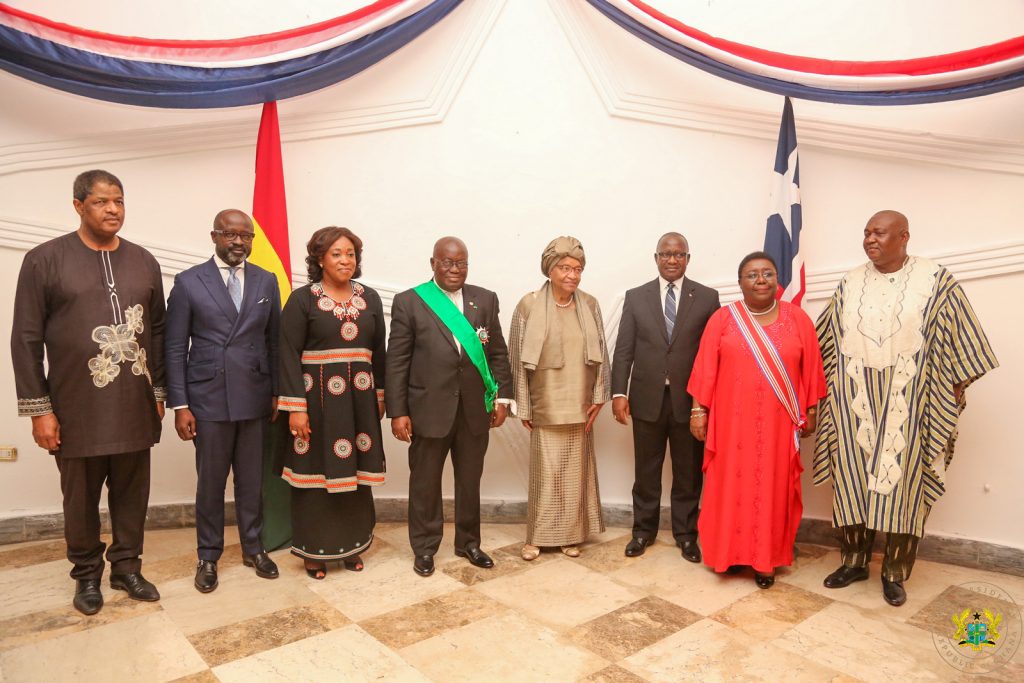 The award was for his contribution towards the sustenance of lasting peace in Liberia, and helping to set the country on the path to recovery.

The President was also enstooled as a chief by the Paramount Chiefs of Monrovia, and given the stool name Kandakai Gbogba, to wit “a good man who brings peace”. 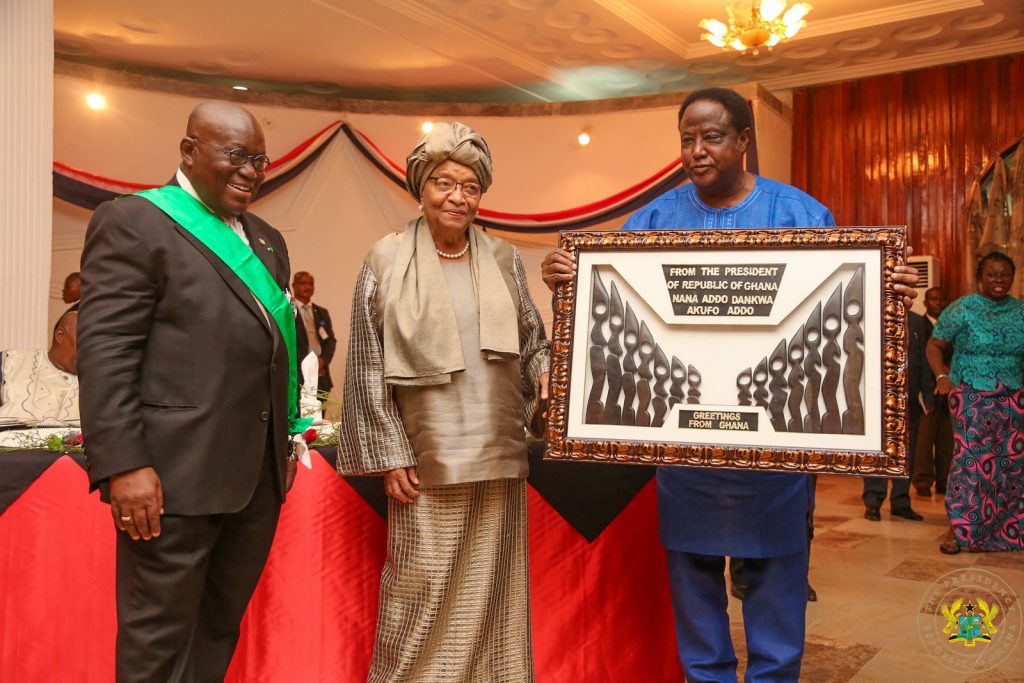 President Akufo-Addo, earlier on his arrival in Monrovia, was given the key to the city of Monrovia by the Mayor, Clara Doe.

President Akufo-Addo expressed hope that Ghana and Liberia will continually search for ways to co-operate and stressed that it is important that the two countries forge a new, strong partnership for cooperation.

He also paid glowing tribute to the leadership shown by President Sirleaf, Africa’s first female Head of State after the turbulent period for the nation in 2006. 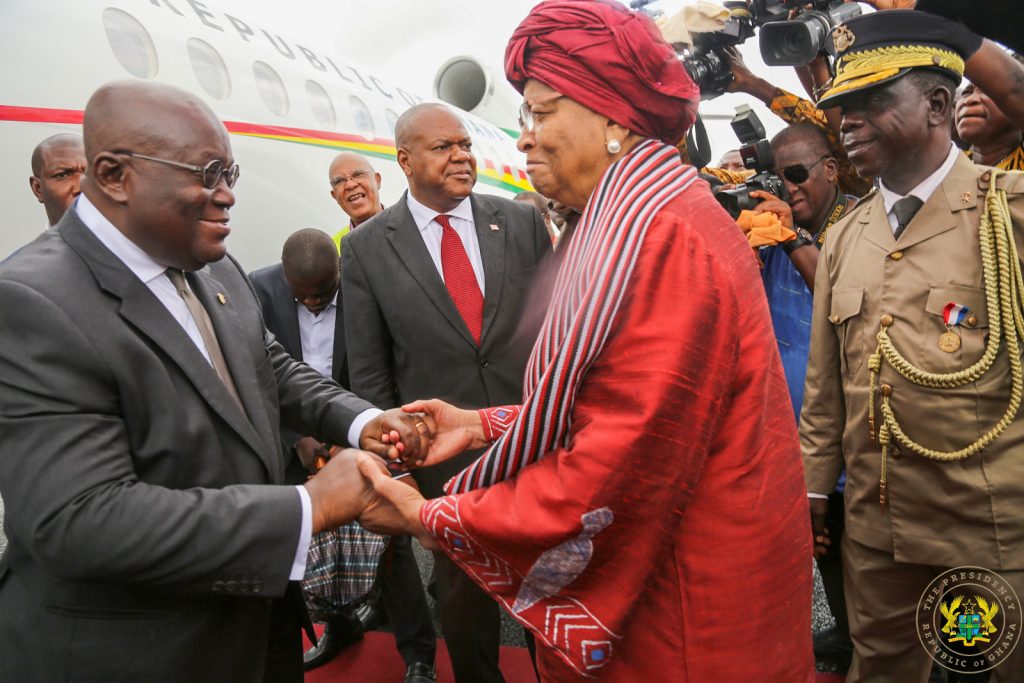 President Akufo-Addo noted that she strove for a spirit of national reconciliation amongst Liberians, and the restoration of law and order.

President Akufo-Addo noted that “your [Sirleaf] efforts, in this regard, were recognised. You won the 2011 Nobel Peace Prize, along with two others, for your role in contributing to securing peace in Liberia, promoting economic and social development, and also strengthening the position of women.”

Nana Addo pushes for lasting ties between Ghana and Liberia