Mugabe’s daughter appointed to censorship board

Zimbabwean President Robert Mugabe’s only daughter, Bona Mugabe-Chikore, has been appointed to the country’s censorship board in what critics say is a move to crackdown on negative media reports about the family.

Police spokesperson Charity Charamba will also serve on the 11-member board appointed by Home Affairs Minister Ignatious Chombo, along with representatives of church groups, the legal and accounting professions and traditional leaders, reports the BBC’s Shingai Nyoka from the capital, Harare.

The state-owned Zimbabwe Broadcasting Corporation said the board would control and regulate the media and film industry, and focus on the “rampant abuse of social media while also taking into consideration that general elections are set for next year”.

Mrs Mugabe-Chikore studied in Singapore, and has a Masters in Management, specialising in banking and finance.

The Bulawayo24 news site reports there is suspicion that her appointment is intended to “tighten censorship of anti-first family information in print, broadcast and social media”. 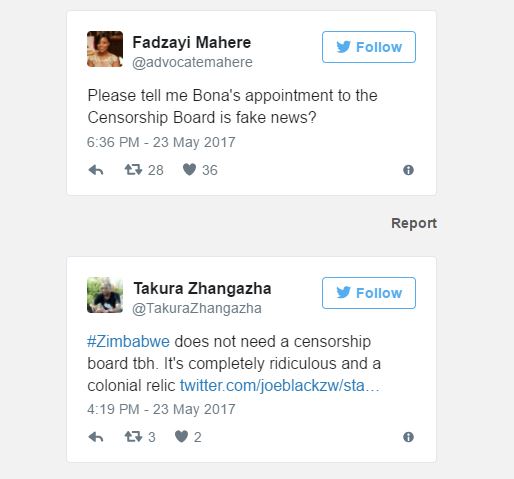 Our helicopters with Air Force, not missing – Ghana Gas