South Africa’s embattled president Jacob Zuma has been planning to set up home in Dubai, according to emails published in South African media.

But the president’s spokesman has dismissed them as an utter fabrication.

Pressure on Mr Zuma has been mounting in recent months because of corruption scandals, cabinet sackings and his handling of the economy.

Senior members of Mr Zuma’s governing ANC tabled a motion of no confidence against him on Sunday at a closed-door meeting of the party’s National Executive Committee.

But the chairman of the meeting blocked the move because it was not on the official agenda, state-owned broadcaster SABC said.

It is the second time in six months that party rebels have mounted such a challenge and they are thought likely to try again. 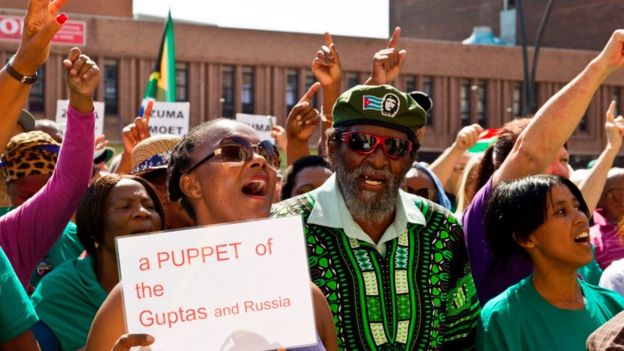 Emails between President Zuma’s son Duduzane and figures from a company owned by the controversial Gupta family – who reportedly wield considerable influence over Mr Zuma – include a letter to the Abu Dhabi royal family, our correspondent says.

“I am happy to inform you that my family has decided to make the UAE a second home,” the president is quoted as saying. “It will be a great honour for me and my family to gain your patronage during our proposed residency in the UAE.”

This opens up questions as to whether this is part of an exit strategy, with Mr Zuma’s party appearing to be turning against him, our correspondent adds. 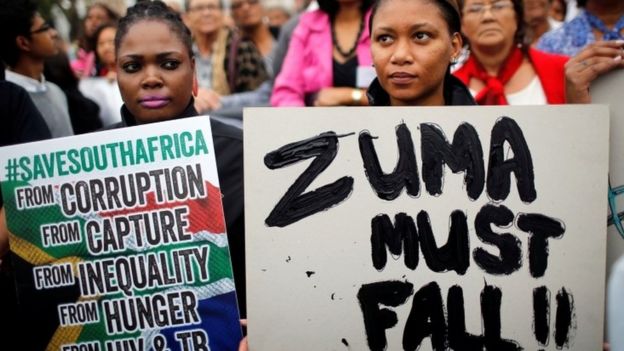 Meanwhile Zuma loyalists will continue their efforts to block any no confidence motion on technical grounds.

A motion submitted by opposition parties is being pushed through parliament and is now being examined by the constitutional court.

The president’s successor is expected to be selected at a major conference of the ANC’s top brass in December.

Until then the party looks set to limp from crisis to crisis, our correspondent says.

Mr Zuma’s allies say he will remain in office until his term ends in 2019, but evidence of his unpopularity seems to be growing. He was forced to abandon a May Day rally this year after he was booed by workers demanding his resignation.

His ex-wife Nkosazana Dlamini-Zuma and Deputy President Cyril Ramaphosa are vying to succeed him.