Bugri Naabu angry with Otiko; tells Nana Addo to call her to order

The New Patriotic Party (NPP) Northern Regional Chairman, Daniel Bugri Naabu, has fired salvos at the Minister for Gender, Women and Children Affairs, for organizing what he described as an illegal meeting today [Friday], with regional women organizers of the party, which turned chaotic at the Modern City hotel in Tamale.

A rapid response by the police at the said meeting, prevented a possible clash between two opposing forces from the party’s women’s wing, who are sharply divided over the President’s appointee as the regional Coordinator for the  School Feeding Programme. 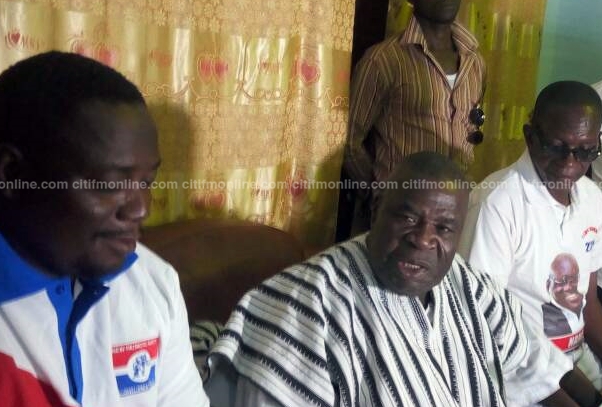 According to Daniel Bugri Naabu, who stormed the meeting unannounced, the Minister for Gender, Women and Children Affairs, is opposed to the appointment of one Mrs. Felicia Tetteh, hence her meeting with some party women leaders in the region to reject the President’s appointee.

He chastised Miss Otiko Afisa Djabah for disregarding the party’s laid down structures by not informing the regional headship of her “Illegal meeting” in Tamale.

He implored the Presidency to call the NPP national Women’s Organizer to order, and further challenged Miss Afisah Otiko Djabah to rather collaborate with the NPP regional secretariat to fix the challenges the four women MMDCE nominees are facing.

Efforts by Citi News to contact Miss Otiko Djabah for her side of the story have proven futile.