The government is set to introduce a Bill in Parliament that will alter the number of years personnel can serve in the Ghana Armed Forces.

Addressing soldiers at Burma Camp in Accra, the Defence Minister, Dominic Nitiwul said the move is meant to create an avenue for the country to benefit more from the experience of soldiers.

According to the Minister, this is “so that every person has the opportunity to serve for 30 years… and by June or July, that law will go to Parliament and that will be the norm for the foreseeable future. It will run down to the officers as well but for now, this is purely targeted at the men [army personnel].” 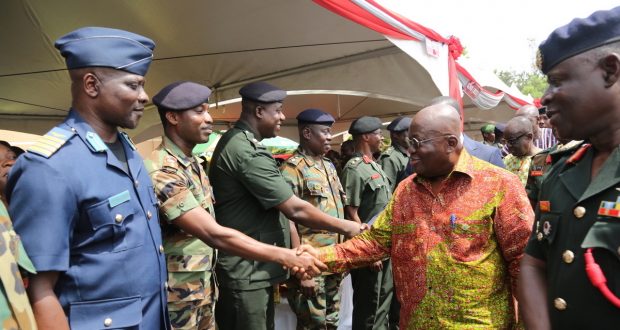 In March 2017, President Nana Akufo-Addo had announced that legislation processes had already begun in this regard.

“Legislative review of the armed forces amendment regulation of 1986, LI 1332, has begun. Its purpose is to extend the service duration of other ranks from the current 25 years to 30 years in fulfillment of the manifesto promise we made,” the President said.