Commercial drivers within Ablekuma Manhyia, Oduma and Nsakina in the Greater Accra Region, on Monday took to the streets to protest against the bad nature of their roads. 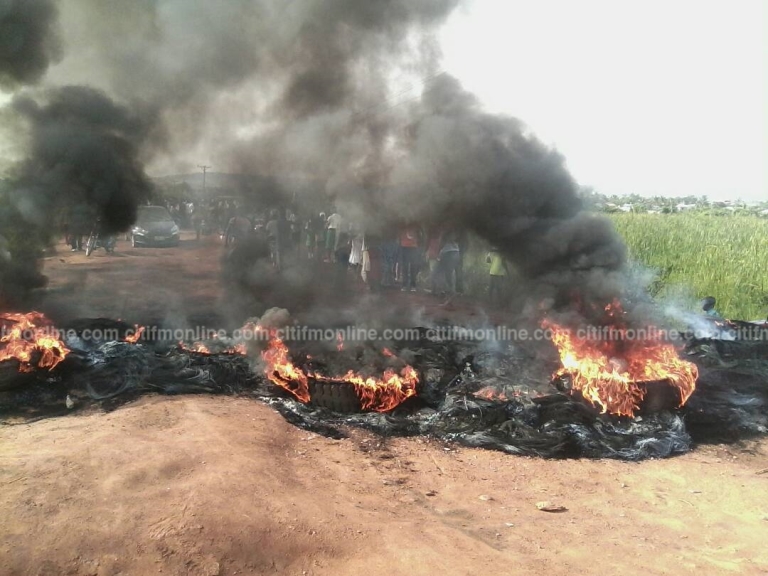 Some of the drivers in the course of the protest blocked the main road linking those areas claiming that it had been in a deplorable state for close to ten years now. 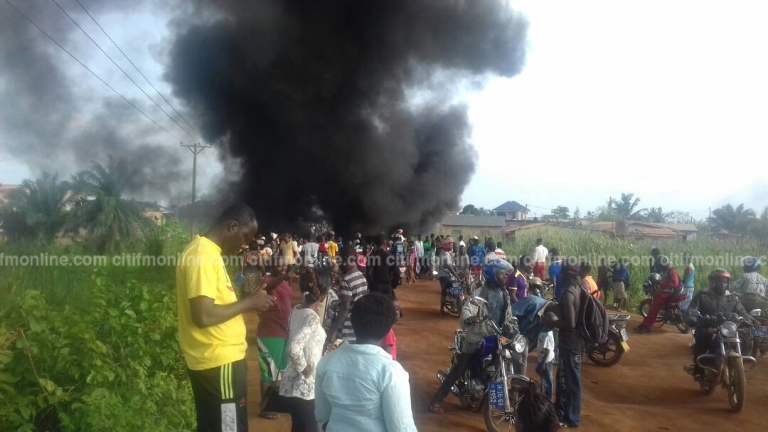 The aggrieved drivers burnt tyres on the road and prevented workers and students from plying the route. 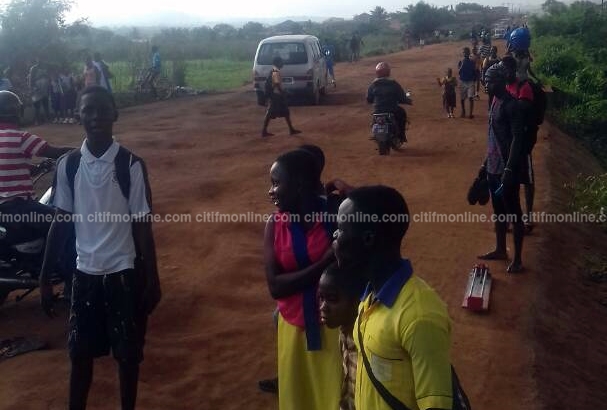 Chanting “we want roads,” the commercial drivers claimed that the road has destroyed their vehicles and they are compelled to spend huge sums of money in fixing them every day.

One of the drivers told Citi News that “we spend between GHc50 and GHc200 every day to fix our vehicles.” 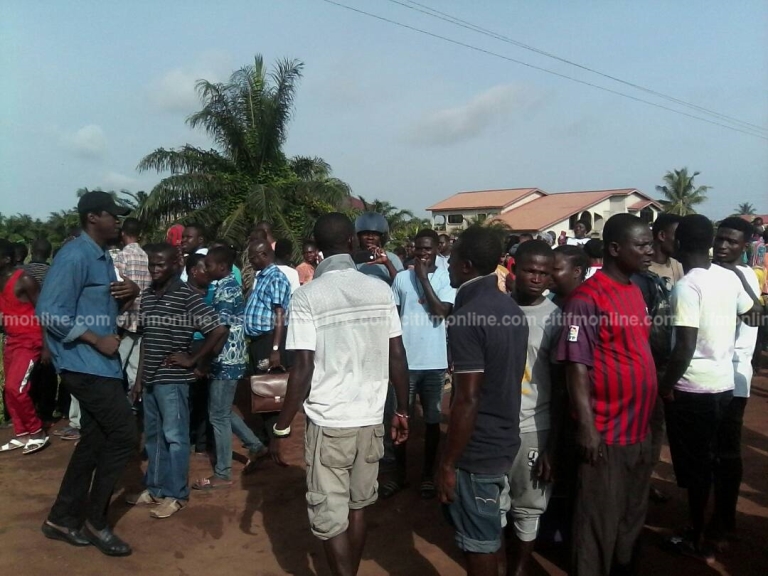 A lady resident who also joined the protesters claimed that she lost her three-month-old pregnancy while plying the road.

“I lost a three-month old pregnancy because of this road. If you want to confirm it, we can go to the police hospital and I can show you.” 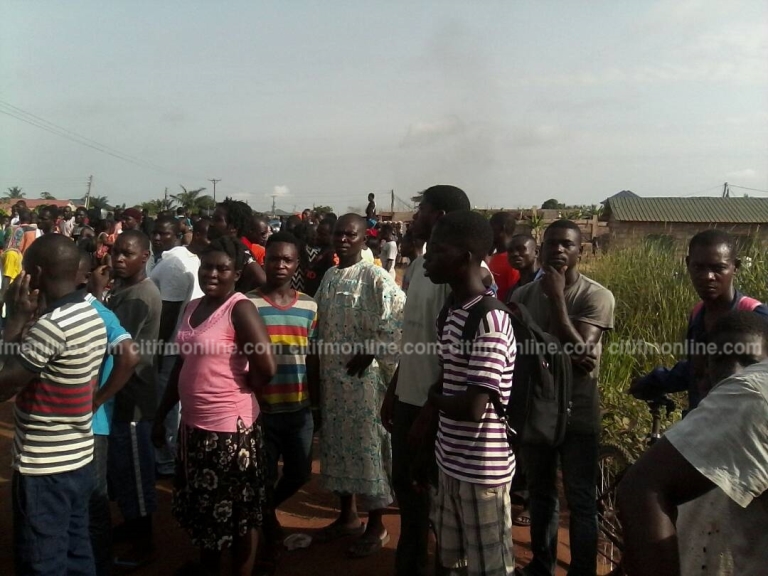 “We are appealing those who are supposed to construct the road for us that if the contract is awarded they should come on site and do the work; but if it’s not been awarded then we are pleading with the government to award it immediately. All that we are demanding for is to get good roads,” another driver added.

There have been several of such complaints in most areas across the country. 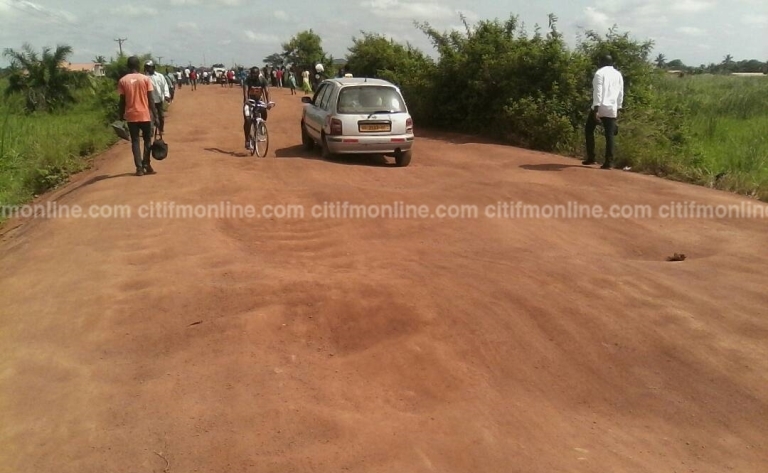 Meanwhile, police officers have been deployed to the place to ensure law and order.

The drivers and residents have been asked to put off the fire and open the road for motorists.