Former Spice Girl Victoria Beckham has received an OBE from Prince William for services to the fashion industry.

Victoria, who was joined by her husband and parents for the investiture ceremony at Buckingham Palace, was recognised for her 17-year career.

Former heptathlete Jessica Ennis-Hill was made a Dame, and celebrated actor Mark Rylance received a knighthood.

David Beckham, former England football captain, was made an OBE in 2003.

On being given the title, Victoria said: “It was an absolute pleasure to be at Buckingham Palace today. I’m proud to be British, honoured and humbled to receive my OBE from the Duke of Cambridge.

“If you dream big and work hard you can accomplish great things.

“I’m so happy to share this very special occasion with my parents and husband; without their love and support, none of this would be possible.” 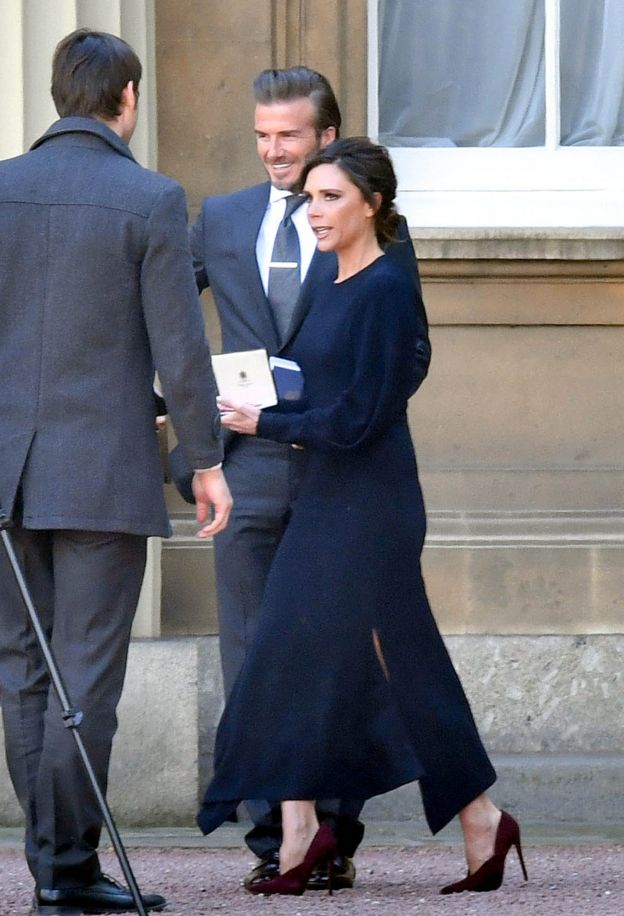 Earlier this year, several of the British press printed details of leaked emails in which David Beckham criticised the honours system and the honours committee.

A spokesman for David Beckham said at the time that the emails were “hacked”, “doctored” and “private”.

Jessica Ennis-Hill announced her retirement from athletics in October 2016 and says she is looking forward to being a spectator at the World Championships this summer.

“I’ve had more than I could ever imagine out of my career so I can’t stand here receiving a damehood and wish for any more – it’s been incredible.

“For me, I’m in a very privileged position, having achieved what I’ve achieved, and hopefully I can just inspire people and encourage people that being sporty and healthy is a great way to go”, she said.