Three white men were killed and another wounded when a black gunman opened fire in Fresno, California, in a suspected race attack, police have said.

He shouted “God is great” in Arabic as police arrested him but this was a hate crime not terrorism, Mr Dyer believed.

Mr Muhammad, 39, was also wanted for the murder of a security guard outside a motel in the city last week.

The suspect had indicated on social media that he hated white people and expressed anti-government views, police said. 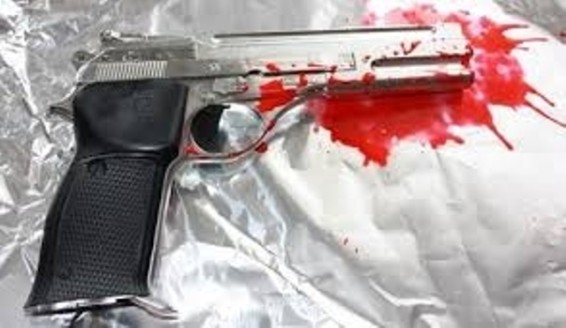 All four victims were white men, and one of them was shot sitting in a car.

“He wanted to kill as many people as he could and that’s what he set out to do,” said Mr Dyer.

“This was a random act of violence. These were unprovoked attacks by an individual who was intent on carrying out homicides today.”

Mr Dyer added that Tuesday’s attack “has nothing to do with terrorism in spite of the statements that he [Kori Ali Muhammad] made”.

“He did clarify that the reason he had made that statement was that in the event that anything did happen to him that he was in fact pledging his allegiance to God for protection.”

The shooting began around 10:45 local time near the headquarters for Catholic Charities.

Witnesses said they saw a man carrying a large handgun, which he reloaded several times between shots.

The gunman then fired at a utility vehicle belonging to the Pacific Gas and Electric Company, killing the passenger.

Mr Muhammad’s father later told the Los Angeles Times that his son believed he was part of an ongoing war between whites and blacks and that “a battle was about to take place”.

The latest shooting is also likely to reignite fresh debates about gun control in the US.

More than 30,000 people are killed by gun violence across the country each year.