The ‘tasteless’ salt of Adina; the struggle over ‘white gold’

An alarming sound was heard. The women looked towards the sea, wondering the tide that might have exuded such a trembling sound. Their men on sea wondered what went amiss at home.

Not sooner than they looked out for the noise, their children sprang out on the streets in tears; wailing and gnashing their teeth.

Yes! A tragedy befell the community again. Another ‘warrior’ has just fallen in their decade-old struggle to protect a livelihood which until recently they solely enjoyed.

It is a fight over daily bread which an expatriate also has an interest in. 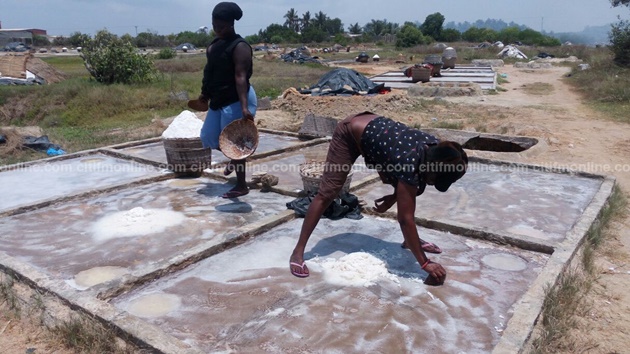 Not until the government of Ghana granted a license to a British Salt Company Kensington to mine salt, throughout their lives, the people of Adina and satellite communities along the Keta Lagoon in the Ketu South Municipality of the Volta Region, worked tirelessly mining salt to take care of their families and contribute to the country’s food basket.

The community is a small stretch of land between the sea and the lagoon. The soil structure like any other coastline is very rough, porous and can hardly hold nutrient or water for crop production. Because of the nature of their land, most of them engage in fishing and trade in salt.

Sadly, the recent unattractiveness of the fishing business has forced most of them to concentrate more on dealing in salt.

But fulfilling their salt venture comes at a price; a bloody battle between them and the foreigners.

This is because in 2010, the government of Ghana, entered into an agreement with the British Company, Kensington, to allow the latter dig, win, mine and produce salt on a section of the Keta lagoon in the Ketu South Municipality of the Volta Region .

The company is fully owned by a British, but workers on site are mostly Indians.

According to the locals, per  the  agreement, Kensington was to draw water  from the sea  for their production, and also develop  the  local concession ( ie 300metres  at the  edges ) to provide an  alternate livelihood for the residents. 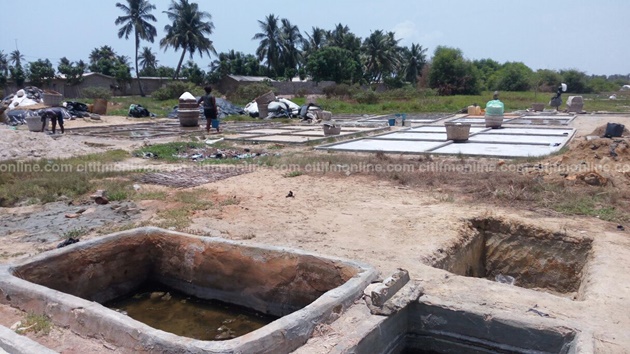 But the residents say,company is yet to fulfill its part of the agreement.

This has among others generated unending agitations from the local salt miners and the residents, who accuse government and the company of leaving them to their fate.

Early this month, some irate youth in town took matters into their own hands and invaded the company’s premises. Their action was also in protest against the arrest of four of their women who were purportedly accused of harvesting salt at an ‘unapproved’ area. The youth damaged properties belonging to the company and assaulted the workers.  During the confrontation, one of them was gunned down by the police and others injured.

The recent incident is one among several clashes between the locals and the foreign company that have resulted in death and loss of properties.

Like every conflict situation, it is important to recognize the conflict, understand the source, and predict the possible actions of the various parties involved and how to tackle it.

My colleague, Pearl Akanya Ofori and I, moved to the area to spend days investigating the possible causes of the unrest, and to prescribe possible remedies. 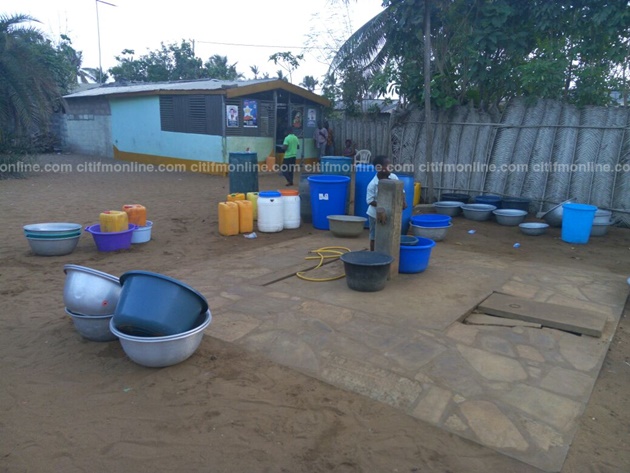 In the case of Adina and its surrounding communities including Kpedzakope and Gbevekope, their major problem with the foreign company is their decision to drill water from the ground which they presume is causing drought in their area. They complain their wells are drying out; coconut trees withering and the residual water in the wells have turned salty. And this wasn’t the case until Kensington started operations.

Workers of Kensington also share the same water reservoir which hitherto was solely used by the locals. This has also affected the quantity and quality of water supply to the residents. The lagoon land space which was to serve as a ramzar site for endangered species like waterbirds and buffer zones for flooding, has also almost been eaten up and the remaining portions dried up.

Our visit to the community revealed how the residents struggled daily to have access to potable water. The local salt miners who we spoke to lamented that they face unfair market competition from the foreign company, which produces salt in large quantities and sell at cheaper prizes.

The situation in Adina and the satellite communities, can best be compared to the Ancient Mariner who in the midst of water couldn’t get a drop to quench his thirst.

Kensington on the other hand would not take any of such claims. The fact that the Minerals Commission has given them the right to operate on the concession is one thing they would keenly protect.

The Public Relations Officer of the Company, Adams Mensah told Citi News, the company has met all the requirements from the various regulatory bodies in the country, and have had a cordial relationship with the community over the years. He explained that the decision to drill water from the ground was the Company’s short-term plan, thus they would soon start drawing water from the sea for salt production as part of their long-term goals.

This has also been discounted by Adams Mensah, who argued that the cost of using electricity in drilling the borehole is more expensive than drawing from the sea.

A Geophysicist, Selorm Dogbevia Greenfield, in an interview told Citi News drilling water underground for mass production of salt, is likely to affect the quantity and quality of water from the water table. This was also confirmed by officials of the Environmental Protection Agency (EPA).

What is also revealing is that, the Water Resources Commission has denied ever giving license to Kensington to drill water.

Following our revelations, the Minister for Land and Natural Resources, Peter Amewu in the company of officials from the Minerals Commission, EPA and the Water Resources Commission, visited the area to meet with the management of the company.

After that crunch meeting, he directed that the company with immediate effect desists from drilling water for their production, and gave them an ultimatum to start tapping water from the sea. He also pledged to further engage the company and other key stakeholders to solvw other outstanding issues in the agreement.

It is indeed a great relief to hear this from the Minister, and it is our prayer that the directives would be carried out accordingly.

Beyond the impasse between the locals and the foreign company, we also found out some chieftaincy problems which were derailing efforts in the implementation of the terms in the agreement. Issues over ownership of the landscape, and the eligibility of some chiefs also brought their ugly heads.

Across the country, there are similar situations happening mostly as a result of poor contractual agreements or partners failing to play their part of the bargain. This is saddening, especially when locals are made to suffer the consequences of such decisions.

The recent revelations must open up discussions on our mining policies and local participation. Government, instead of “bequeathing” lands to multinational companies for extraction of natural resources for several decades, should put in place skills transfer and short term successive plans in order to empower our people economically. The fact that Ghana is rich in natural resources but the citizens remain poor should be a worry to all of us.

Salt production in Ghana contributes billions of Ghana cedis to the economy, and employs more than 2000 people in the country.

Ghana is among the few nations in West Africa that has huge salt reserves to feed the world’s demands.

Businesses strive when there is peace, but that peace cannot be assured when indigenes feel left out of their natural livelihood.

The current situation where foreigners are allowed to wholly own businesses in the country, has largely contributed to the needless agitations and litigation from the locals who feel their natural wealth are being taken away. Companies investing in Ghana should also take into consideration business partnerships with community members in order to generate enough affinity between the community and company.

The Minerals Commission and other relevant stakeholders might consider improving on local participation component in our extractive laws.

The locals in Adina might not be well-educated to explain scientific phenomena, but they are feeling the impact of the changes in their environment than any expert’s conjecture.

The cultural differences in the society shape the responses to conflicts in different societies. We can condemn the acts by the youth of the town, but we cannot be certain of how a different society may express their grievances if faced with a similar situation.

And the youth of Adina and the adjoining communities, must give peace a chance; draw back the rifles and inflammatory language. No Society today grows through the heroism of its troops on the field of battle; but grows when it turns to tolerance and arbitration.

The salt at Adina would remain ‘tasteless’ for the people, and continue to make life unbearable until such differences are ironed out.