The Department of Communications Studies of Central University has unveiled a state of the art  Central Broadcasting Studios (CBS)  at its Miotso Campus to enhance the study of communications at the institution.

The network houses a state of the art radio station, a television studio which is yet to be completed and a recording studio.

The radio station dubbed, Radio Central is being broadcast online and can be accessed via www.central.edu.gh.

Speaking at the launch of the multipurpose studio on Friday, the Chancellor of Central University, Dr Mensa Otabil challenged the Communications Studies students to localize the station by aiming at smaller communities and telling their stories. 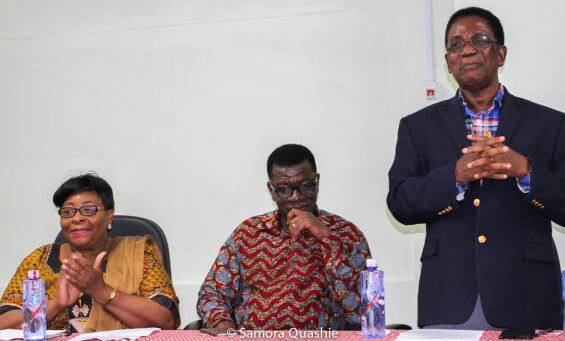 The Chancellor advised that content and programs should be geared towards a clearly defined audience. ‘’Radio has become frivolous because broadcasters don’t know who they are talking to,’’ Dr Otabil stated.

According to him,  the studio should not aim at speaking to Ghana but addressing issues in immediate communities to be able to develop depth and eventually allow for monitoring of the impacts made. ‘’A great tool has been given to you, don’t waste it, take it seriously’’, he added.

The Head of the Communications Department of the university, Dr Ransford Antwi said he was hopeful new studio will ensure the Department becomes the best among its peers as far as media training institutions are concerned.

‘’There are lots of institutions in the country providing media training but we will not settle for mediocrity’’ he stated.

Dr Antwi however charged the communication students to use the studios efficiently and responsibly and not give in to the trivialities that have engulfed some aspects of the Ghanaian media.

On his part, the Minister of State in Charge of Tertiary Education, Professor Kwesi Yankah who was the special guest of honor was hopeful that the department, which is the country’s youngest, will soon become the most important following the unveiling of the studios.

Prof. Yankah who is also the immediate former Vice Chancellor of the University called on the students to ‘’go beyond newspaper headlines and rather use the platform given to the benefit of surrounding communities such as Prampram, Dawhenya, Ningo.’’ 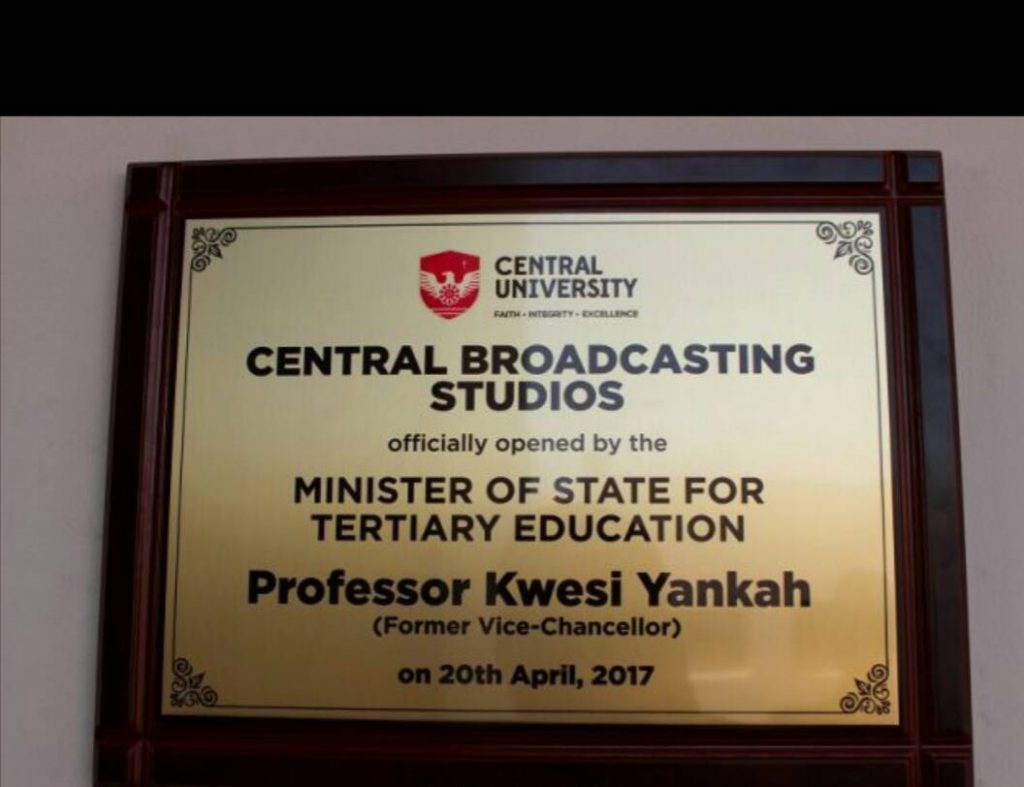 He urged the students to avoid frivolities and relatively combine information and active communication to benefit the community.

The Department of Communications Studies of Central University was established in 2011 and has since seen two batches of students graduate in 2015 and 2016.  Among its mainstream programs are, advertising, public relations, new media, broadcast and print journalism. The department has affiliations with notable institutions in the United States of America, South Africa and Sweden.

Among its mainstream programs are, advertising, public relations, new media, broadcast and print journalism. The department has affiliations with notable institutions in the United States of America, South Africa and Sweden.