Can Ghana media do better? [Article]

Ghana media rising? Ghana’s media is young, it is growing, so we can get together, engage, reflect on our profession and begin to discuss what kind of change we want to see. But we must start by coming together. That was the sentiment from EAA Media Productions Director, Esther Armah, the visionary behind the prestigious annual Ghana media summit called: #reImagineGH2017: stories, standards, sex – the DIGITAL world.

It was year 2 of the summit, it drew a packed house and the focus was the world of online. The audience included working journalists from a variety of media houses, academics, those who work in the world of online as well as communications students. Attendees included:- Professor Audrey Gadzekpo and Dr Marquita Smith of the University of Ghana; Dr Kajsa Hallberg and Dr Efua Prempah of Ashesi University; Bridget Otoo of TV3 and Dr Etse Sikanku, Host of World Affairs on Class FM. From the world of online there was Nicole Amarteifio of An African City and Nana Opoku, Social Media Manager of MG Digital. 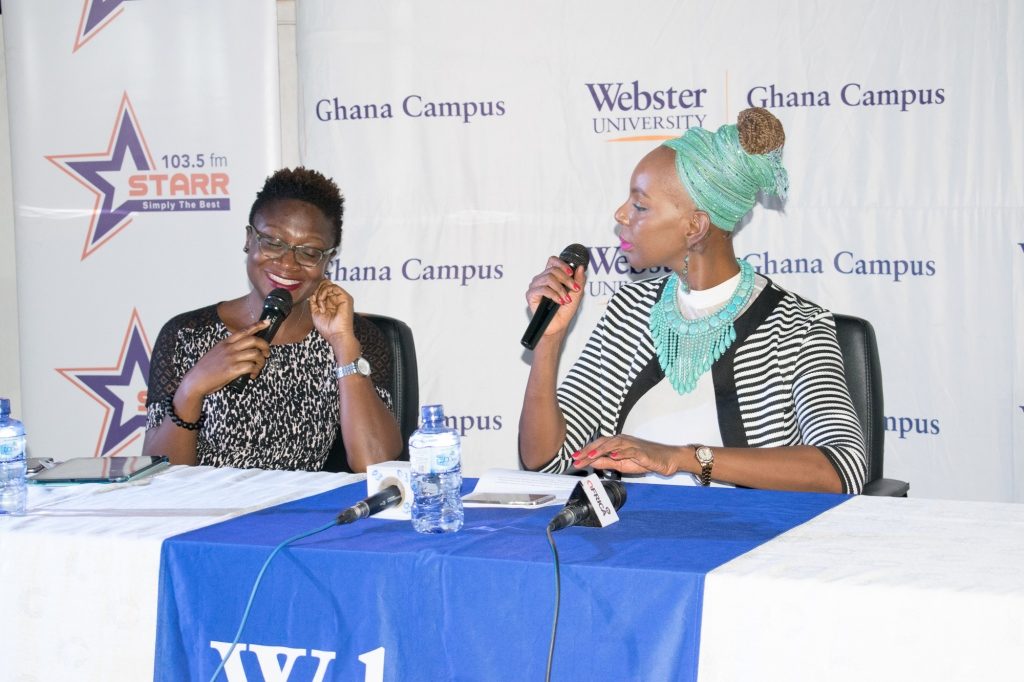 The summit’s work is to engage working journalists, the intellectual rigor of academia and the aspirational communications students. Armah says they are all stakeholders in Ghana’s media.

“We are a reactive industry”, said Armah. “We are in the business of telling other’s stories. Not just telling, but critiquing, challenging others. Where is our opportunity to be reflective about our own industry, to ask critical questions, to share our experiences and to challenge ourselves? #reImagineGH2017: stories, standards, sex is about creating that space”. 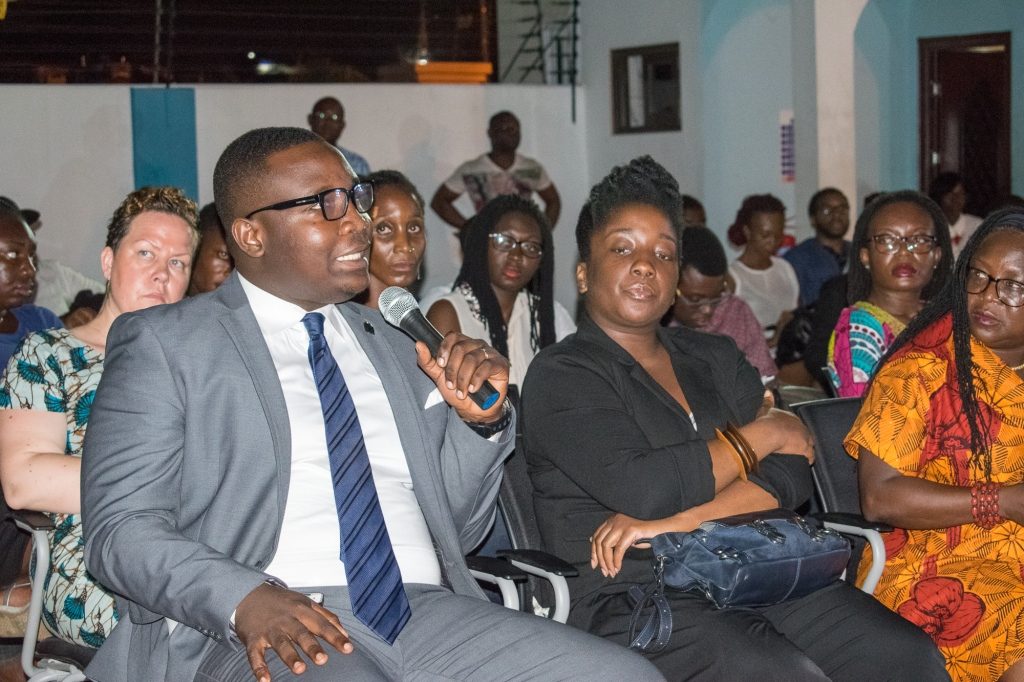 The panelists were Nana Ama Agyemang Asante – CitiCBS Co-host and writer; Kwame Acheampong – Deputy Editor of Starr FMOnline; Efo Dela – Blogger, Satirist and Poet. Keynote Speaker was Anita Erskine of StarrFM. The first panel was with Nana Ama Agyemang Asante. The panel focus: ‘Standards and Sex’.  Esther Armah was Host and Moderator for the Summit. She explained she used the word sex to address sexual violence and the treatment of women in the media. Often, Ghana’s media would use the word sex – but what was being described was sexual violence. 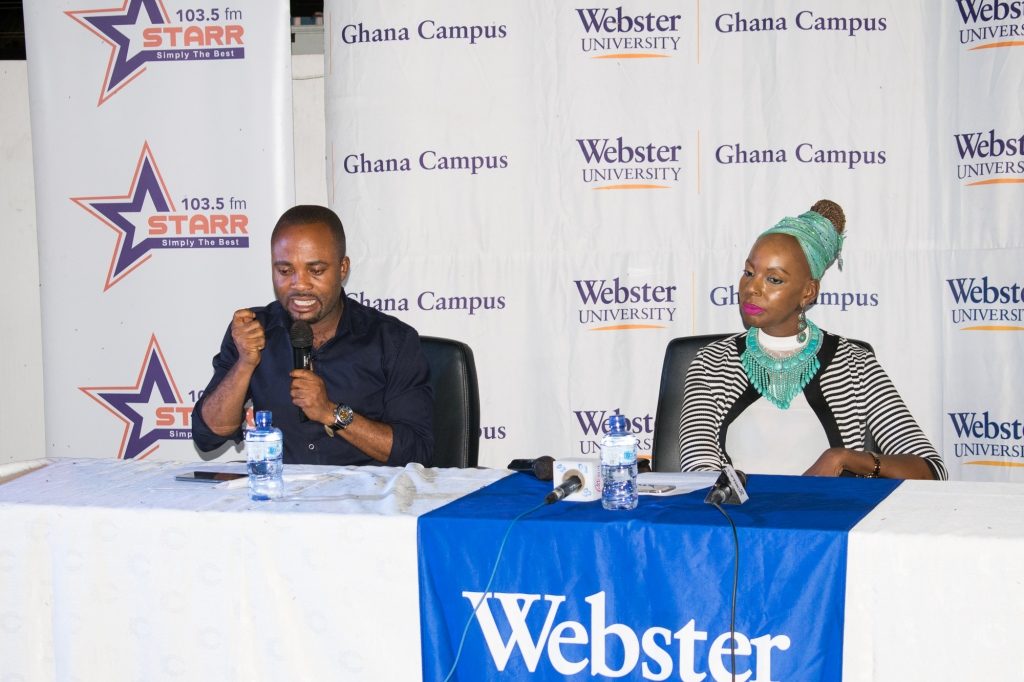 Nana Ama Agyemang lamented what she described as the lack of standards when reporting issues of sexual violence in the media, and explained that impacted journalists’ approach.

“We are not implementing the standards of how to report sexual violence. But they are there” said Professor Audrey Gadzekpo, Head of Communications at the University Ghana during the Q&A session. She referred to the National Council of Ghana Journalism Association’s Code of Ethics and LI2224, the code regulation that fell foul of the media due to its prescriptive approach to creating content. 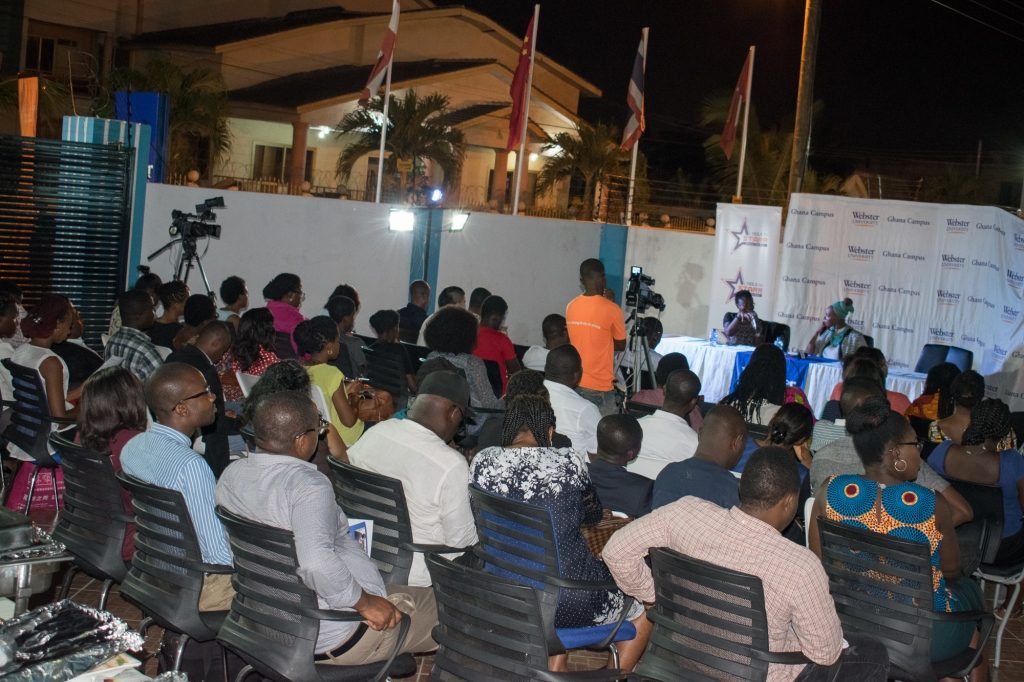 Acheampong spoke passionately about the dilemma facing online journalists – the competing realities within any media house; raise numbers and maintain a quality of writing.

Dela and Acheampong spoke of the freedom and speed of online. Keynote speaker Anita Erskine lamented the lack of research and quality from some Bloggers. She asked the panelists if online meant engaging speed and sacrificing standards.  Armah asked each of the journalists: “what are willing to do to elevate the standards? What are we willing to do to create the change we say we need and want?” 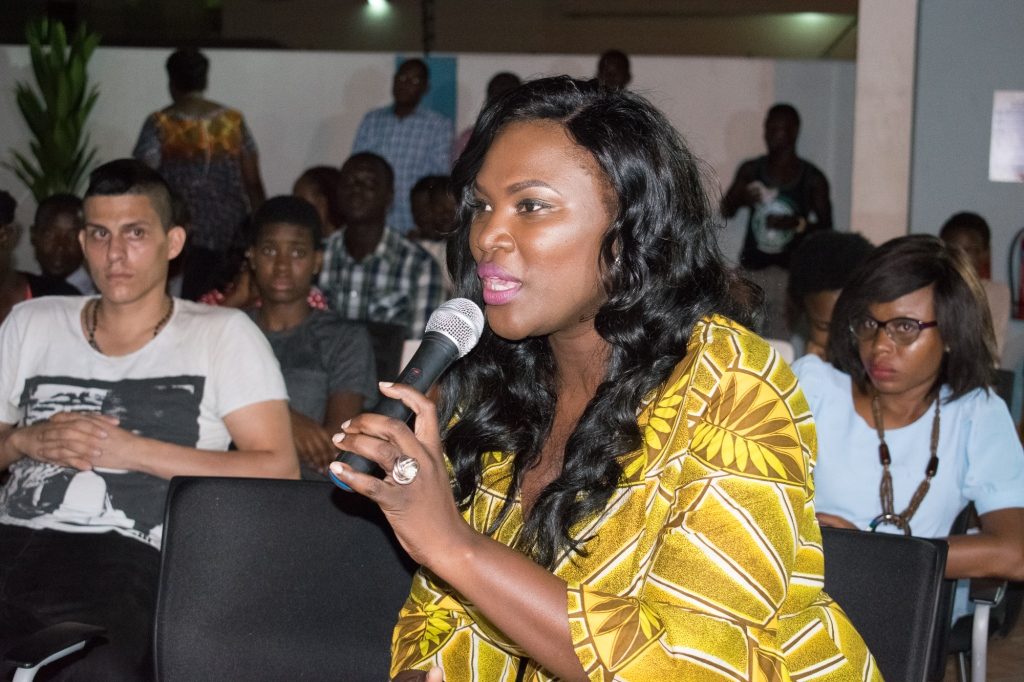 The prestigious summit is the vision of EAA Media Productions and its Director, Esther Armah. The media company is a change agent: it is creator of the summit, holds master class media training and creates content including the international radio show ‘The Spin’.