Be careful of those around you – Otumfuo to Nana Addo

The Asantehene, Otumfuo Osei Tutu II, has cautioned President Akufo-Addo to be circumspect in his dealings with the people he has surrounded himself with.

The Asantehene noted that, some people around the President may, unknown to him, want his downfall.

He thus cautioned the President to be extra vigilant, adding that some past leaders have failed because of people around them.

Otumfuo Osei Tutu said he will continually support and advice the President, as he did for his predecessors and reminded the President that, “Ghanaians voted for you because they wanted work and money, and so if you don’t deliver they will vote you out for the same reason.”

He therefore advised President Akufo-Addo to use wisely the opportunity given him as President of the nation.

Otumfuo Osei Tutu II was speaking when the President Akufo-Addo paid a courtesy call on him at the Manhyia palace. The President is on a 2-day working visit in the Ashanti region. 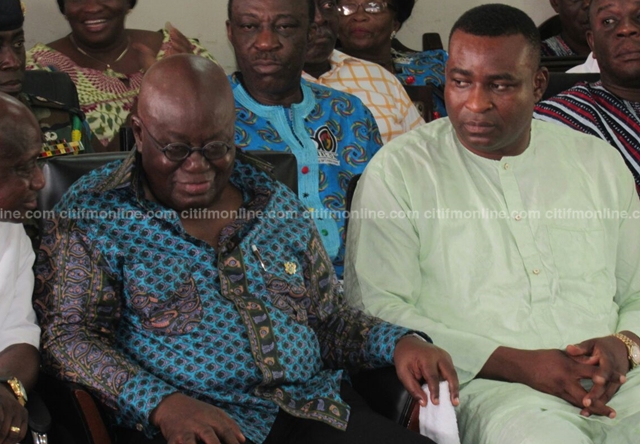 President Akufo-Addo later told a gathering that his visit to the Ashanti Region was to thank the Asantehene and Asanteman for the massive show of confidence reposed in him and the New Patriotic Party in the 2016 elections.

The President also held meetings with the leadership of transport unions in the region and visit the Kumasi Central Market.

He has already visited the Komfo Anokye Teaching Hospital, and will also have an encounter with the media.

Only 2% of primary two pupils can read – Report