Vice President, Dr. Mahamadu Bawumia says the Akufo-Addo administration will do all it can to uplift the living standard of Muslims in the country.

Dr. Bawumia made reference to the implementation of programmes as well as proposed policies that will see the transformation of Muslim communities.

Among these programmes are the $50 million Zongo Development fund, and the campaign promise to make Arabic an examinable subject in Junior and Senior High Schools, as well as the creation of the Ministry of Zongos and Inner City Development, to attend to the developmental needs of Zongo communities. 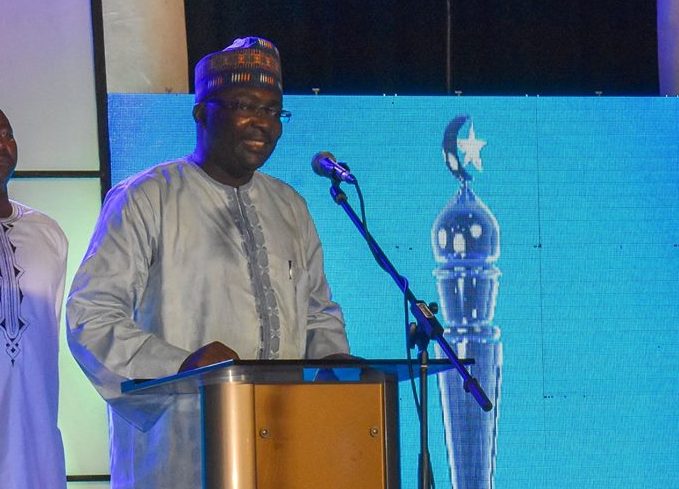 Speaking at the Muslim Achievers Awards on Friday, Dr. Bawumia said, “The President has a very high regard for our community… Nana Akufo Addo is not a Muslim, but he fights for Muslims like he was one.”

“We all know that for Nana Akufo-Addo, yes, he is not a Muslim, but he is so helpful to Muslims. When I talked to him about the Zongo Development Fund, he said, yes, let us do it.”

“When we talked about bringing Arabic to make sure JSS and SHS exams are written in Arabic in this country, he said yes, let us do it and we are going to do it,” the Vice President said.

Muslim cleric Sheikh Aremeyaw Shaibu, had expressed doubts that Zongo communities around the country will see any significant transformation under the New Patriotic Party (NPP) government.

Following the NPP’s election victory, Sheikh Aremeyaw Shaibu, who also doubles as the Spokesperson for the National Chief Imam, said things in the predominantly Muslim Zongo communities never changed in past times despite promises.

But following the creation of the portfolio to deal with the Zongos and inner cities, the Sheikh said he had cause for optimism

He said he was confident of the sector Minister, Boniface Abubakar Siddique’s ability to deliver on the promises.