He presented the items including footballs, jerseys and neckties to the head teacher on Monday, March 20, 2017.

Osman Abdulai Maikano told Citi Sports the gesture was in appreciation of the school’s contribution to his success in life. 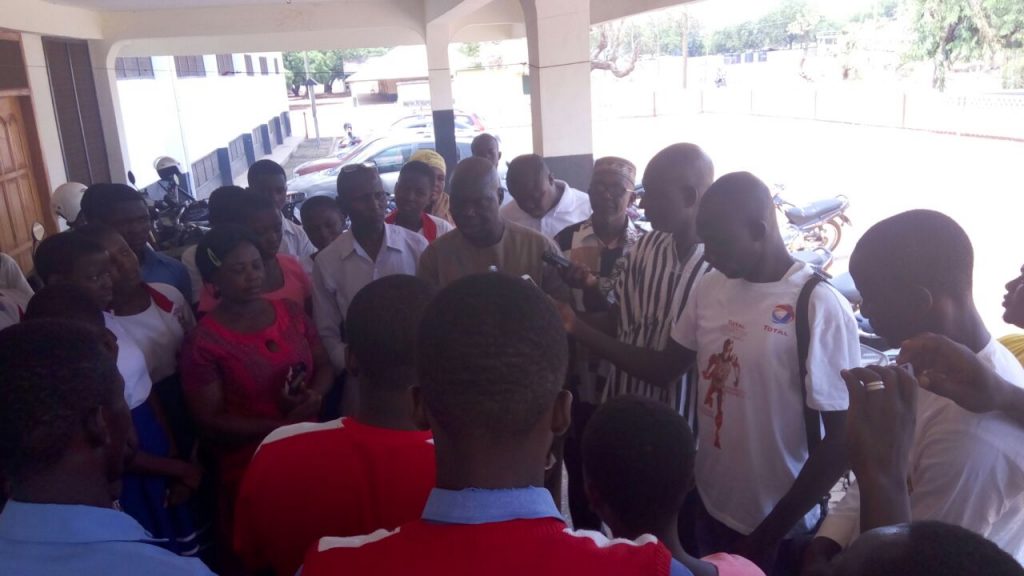 He promised to help elevate the school’s sports department to maintain its enviable position as the number one sporting second cycle institution in the three regions of the north.

According to him, the donation came at a time management intended buying the items for the upcoming inter schools sports competition.

Shaibu Adams Wilberforce declared zero tolerance for students’ indiscipline which he noted had gained notoriety in some senior high schools in the Northern Region.

He decried the wanton destruction of school property during students’ riot and reaffirmed his support for the dismissal of any student engaged in such acts.

He challenged the students to endeavour to acquire higher academic laurels and serve as responsible citizens.