A one-month-old girl abducted in an apparent car-jacking in the South African city of Durban on Friday has been found safe and well.

Police stopped a vehicle between Durban and Pietermaritzburg at about midnight on Saturday and found Siwaphiwe Mbambo inside. Three people were detained.

Two suspects had allegedly car-jacked the mother’s vehicle outside a shopping centre, driving off with the baby.

The abduction sparked a huge media campaign and a search by 100 officers.

Police had recovered the mother’s abandoned Toyota Yaris in Montclair, southern Durban, at about 15:00 local time (13:00 GMT) on Friday.

But a spokesman for South African Marshall Security, Kyle van Reenen, said that the infant’s baby seat had been removed from the car. 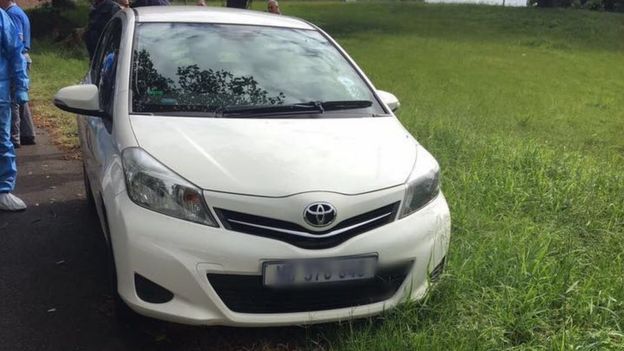 KwaZulu-Natal police spokesman Lt-Col Thulani Zwane confirmed that the baby had been found at about midnight on Saturday.

Police were reportedly working on a lead when they stopped a vehicle at Mariannhill Toll Plaza.

Local media carried an image of the baby after her recovery.

Unconfirmed reports say the baby’s mother is one of those people detained.

The abduction shocked South Africa, with residents taking to Twitter to urge anyone with information to come forward.

The hashtag #HelpFindDurbanBaby was trending throughout Friday afternoon.

Car hijackings are common in South Africa, with many people installing tracking devices in their vehicles.

Last year, incidents in the country increased by 14.3% on the previous year, meaning that on average 40 cars were hijacked per day, according to the latest statistics.