About 40 students of the College of Humanities and Social Sciences (CoHSS) of Kwame Nkrumah University of Science and Technology have received honorary awards at this year’s CoHSS awards  event.

The CoHSS Awards, the third of its kind, this year saw Allor Precious from the Social Sciences department, Poku Efia from the Faculty of Law and Baidoo Richard from the Department of Business, winning the overall best student awards of their respective departments. 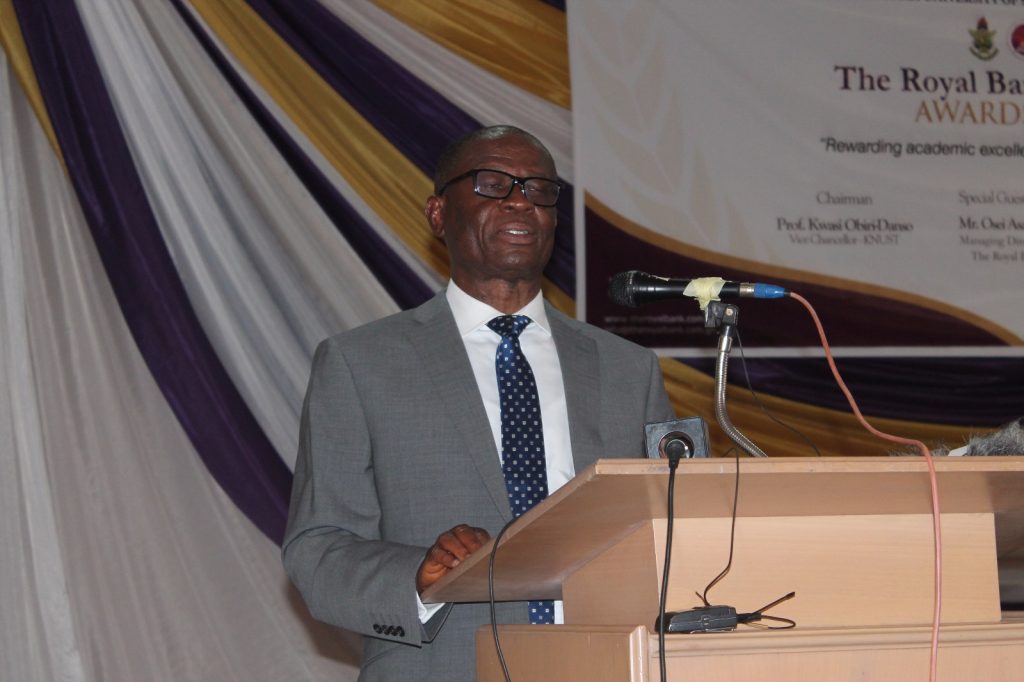 The Royal Bank-sponsored awards is to motivate students and reward them for their high academic performance.

The Chief Executive Officer of Royal Bank, Mr. Osei Asafo-Adjei said the reason for sponsoring the CoHSS Awards is to “support the University in its quest to motivate the faculty, and to produce graduates of excellence to help in nation building.”

He said the Royal bank had renewed its sponsorship of the annual CoHSS Awards for the next three (3) years.

He also asked that, “we must endeavour not to let this be the end of efforts to achieve greater excellence, but also serve as the beginning of steps towards a more fulfilling life for awardees”, admonishing also “to students who may not win any award today, I suggest you work harder in your future endeavours, because, the ‘hope of reward sweetens liver’ and in my experience ‘there is no crown without cross’.”