My galamsey fight with drones was shot down – Inusah Fuseini

A former Minister of Lands and Natural Resources, Inusah Fuseini, has lamented that he did not get the necessary support from stakeholders when he tried waging war on illegal mining in the country with the use of drones.

Inusah Fuseini, during his tenure, promised to deploy drones in fighting the menace, but the idea did not see the light of day.

[contextly_sidebar id=”XFsOt7k6kwpjHNWFOIltlS4qnodT8m9y”]Explaining his debacle on the Citi Breakfast Show on Monday, the former Minister said “we didn’t even deplore the drones” because “when I suggested the use of drone, I think heaven was breaking loose so it didn’t get the necessary support.”

Mr. Fuseini made the remark on the back of a hint by the current Minister of Lands and Forestry, Mr. John Peter Amewu, to deploy similar technology in combating illegal mining in Ghana.

Mr. Amewu also promised to fix electronic trackers on earth moving equipment in order to track their activities and clamp them down if they are seen in mining areas.

Mr. Fuseini, who is the Member for the Tamale Central Constituency welcomed the idea and said it was a step in the right direction.

“…Drones were little creatures like toys which are manufactured to fly with cameras, so when you deploy them, they will give you real time report about how galamsey activities are taking place. Indeed in Malaysia, drones are used to track illegal logging in their forests. Immediately a tree is felled, and the drones are within the perimeter of that illegal activities taking place, it sends real time pictures to a centre and it allows the centre to deploy investigators immediately to the site, and there is a real possibility of arresting the person who had logged the tree.” 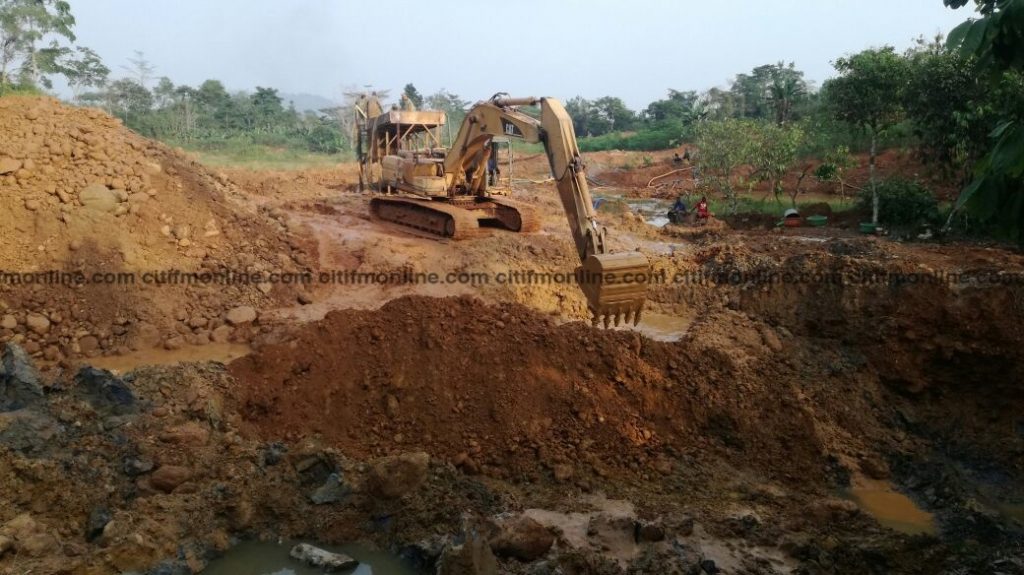 “You have to get the chiefs involved because there is no land in Ghana that is not owned by a traditional area or government. So if people can go on to lands with impunity then it means there is some form of connivance at that local level. The assemblies must have the primary responsibility of protecting our water bodies, lands and natural resource. Then you look at the opinion leaders in the area. Civil society organizations must also help because our rivers are being polluted. We as a people must make a determination that we want to promote inter-generational equity, we can’t leave this country worse off than what was given to us,” he added.

Ghana may soon import water if galamsey is not stopped

A number of water treatment plants have been shut down across the country because their water sources have been polluted by activities of illegal miners.

According to the the Director for Natural Resources at the Environmental Protection Agency (EPA),  Carl Fiati, Ghana may soon import drinking water from neighbouring countries if illegal mining also known ‘galamsey’ is not checked.

“We anticipated this problem long time ago, that there’s going to come a time when we continue the way we are going as a country, we are going to destroy all our water bodies and import water for drinking,” Mr. Fiati added.