The National Democratic Congress (NDC) Member of Parliament for North Tongu Constituency, Samuel Okudzeto Ablakwa, has declared his support for former President John Mahama should he decide to contest the presidency again in 2020.

“He is my candidate; I can confirm that to you. If he throws his hat in the ring, he will have my full support. And I think that he is our best bet because on what record, who’s legacy will we be running on? It is his record,” Mr. Ablakwa said on Eyewitness News.

Former President Mahama suffered the worst election defeat of a sitting president in Ghana’s democracy, where he recorded 44.40 percent of valid votes cast, losing to the New Patriotic Party’s Nana Akufo-Addo, who was endorsed by 53.85 percent of the electorate.

But that doesn’t diminish his prospects for the presidency in the eyes of some NDC members, as there are some murmurs within the party nudging him towards a 2020 flagbearership bid. 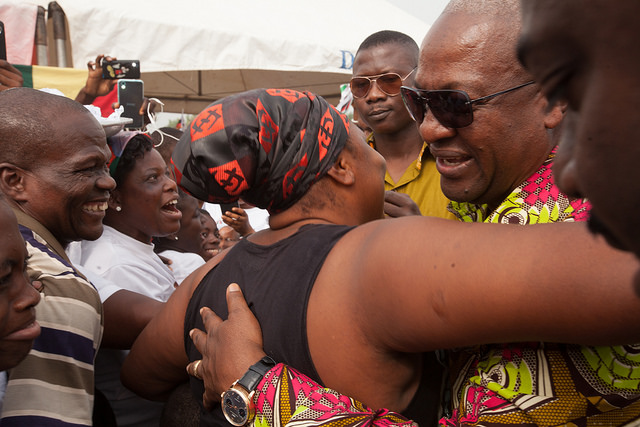 Some other party members came out publicly in support of Mr. Mahama with the NDC’s National Organizer, Kofi Adams, saying that Mr. Mahama was the best candidate for his party in the next election.

“President Mahama in today’s NDC is the best material that we have,” he said.

The NDC Member of Parliament for Kumbungu, Ras Mubarak, also said he believed Mr. Mahama, is the man to lead their party to victory in the next four years.

“In the next election, I do not see any other candidate who can best lead us to victory other than John Dramani Mahama. He has been there; he knows what we need to do to get it right.”