In July 2016, violent clashes broke out in Juba, the capital of South Sudan.  The clashes were between the Sudan People’s Liberation Army (SPLA), controlled by the President, Salva Kiir on one side, and the Sudan People’s Liberation Army – In Opposition (SPLA-IO), controlled by the then First Vice President, Riek Machar on the other side.

The violent clashes could be traced to an earlier conflict which started in December 2013, as a result of a political row between Salva Kiir and his deputy Riek Machar. Salva Kiir accused Riek Machar of plotting a coup d’état to overthrow him (Salva Kiir).

This spiraled into an armed conflict with Riek Machar breaking away from the then government with half of the country’s soldiers to form SPLA-IO.  The SPLA is also referred to as government forces whilst SPLA-IO is referred to as opposition forces.

Until the violent clashes that broke out in Juba in July last year, the conflict was mainly focused in 3 States (Regions) of South Sudan as both the SPLA and SPLA-IO battled for control of these States.  These are Upper Nile, Jonglei and Unity States.

Ghana has contributed a battalion for peacekeeping duties with the United Nations Mission in South Sudan (UNMISS).  This is in addition to military staff and liaison officers.  The Ghana Battalion (GHANBATT) is deployed to Unity State, one of the active conflict states.  Hardly does a day go by without at least some sporadic firing in Unity State. 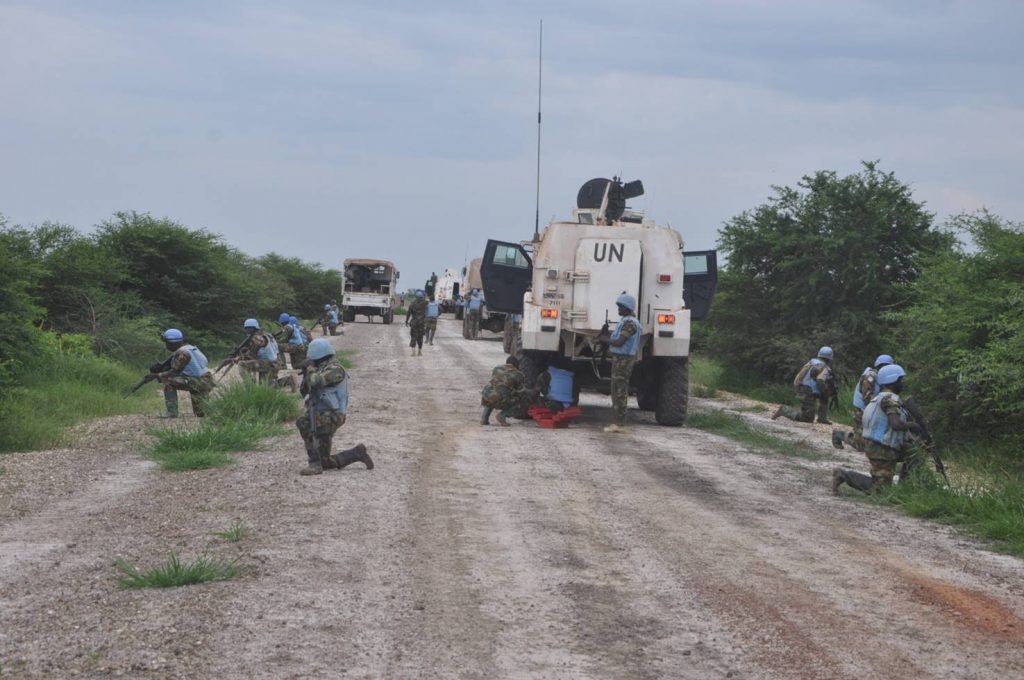 Shortly after the last clashes broke in Juba, the clashes spread to other parts of South Sudan including a town called Leer in Unity State, in the northern part of South Sudan.

In this town, GHANBATT has deployed a Company Operating Base (COB) to ensure the safety and security of the populace.  In the early hours of 13th July 2016, there was heavy fire exchange between the SPLA and SPLA-IO forces in Leer.

Several civilians caught in the cross fire begun running to GHANBATT for protection.  As the fighting intensified a distress call was placed to GHANBATT to extract staff of International Non-governmental Organisations (INGOs) who were also located in Leer offering humanitarian services to the people.

Another extraction request was again made to GHANBATT to extract staff of Médecins Sans Frontière (MSF) who had been blocked/prevented by SPLA-IO forces in Thonyor from reaching GHANBATT in Leer.

GHANBATT immediately despatched a Quick Reaction Force (QRF) to the humanitarian hub where the INGOs were located in Leer.

The QRF was however denied passage and access to the humanitarian hub by government forces.  Concurrently, a second QRF unit was dispatched to also extract the MSF staff from Thonyor.

The QRF unit going to extract the MSF staff from Thonyor was also denied passage and access to the MSF staff this time by opposition forces led by Brigadier General Mawich. 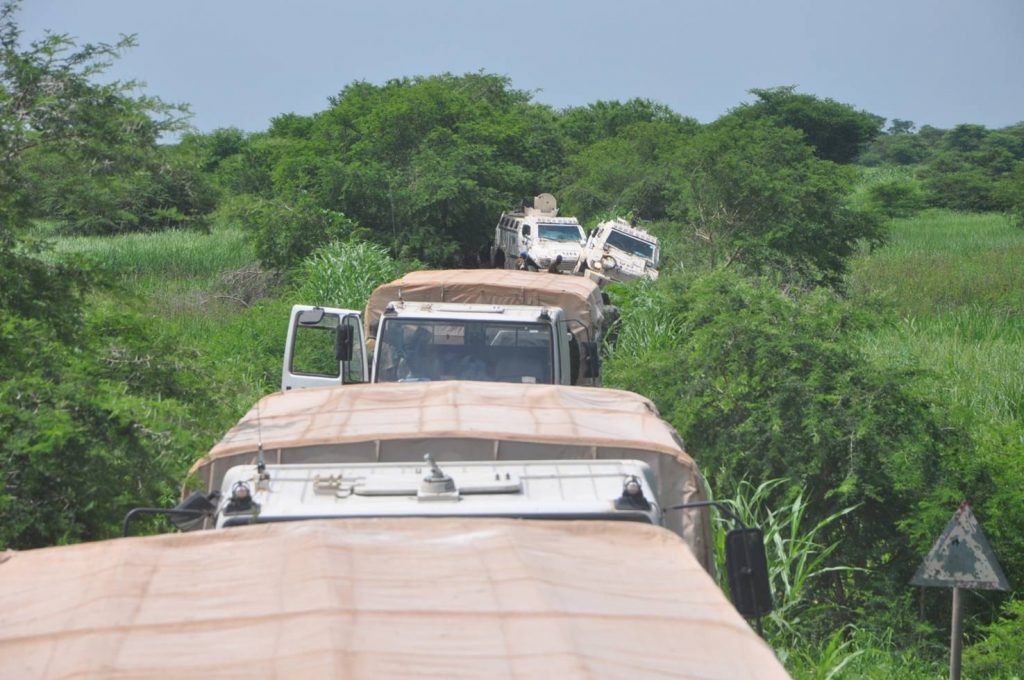 The first QRF unit by late morning extracted the INGO staff from the humanitarian hub, who had earlier been blocked by the government forces.

The second QRF unit was unable to extract the others from Thonyor as Brigadier General Mawich, the opposition forces commander still denied the QRF access to those stranded.  As the day passed, the fighting intensified at particular times; and sporadic at other times.

Several hundreds of other civilians caught up in the fighting were protected and cared for by GHANBATT throughout the period of insecurity.  It was not until the second day that the QRF was able to extract the MSF staff from Thonyor.

Due to the security situation, all flights in and out of South Sudan were suspended.  Some foreign embassies including the U.S.A. and Germany started evacuating their staff from South Sudan.  Arrangements were also made to evacuate the humanitarian staff from Leer.

GHANBATT deployed troops to secure the Leer airstrip after it had been cleared of un-exploded ordnance devices.  Before sunset on 14th July, 2 aircrafts, one operated by ICRC and the other by MSF touched down at Leer Airstrip and evacuated the humanitarian staff.  The humanitarian hub including all offices and hospital was looted and vandalized by forces involved in the conflict.

In view of the grounding of all flights in South Sudan during the period, the GHANBATT Operating Base in Leer was unable to receive its regular supplies.  A special road convoy mission using Typhoon mine resistant ambush protected (MRAP) armored fighting vehicles (AFVs) had to be undertaken to send supplies to the Base in Leer.  This was another daunting mission as the road was highly inaccessible and further worsened by the threats of attacks.

The clashes that broke out in Juba in July 2016 received a lot of media attention across the world.  Support by other countries/battalions was well covered by the international media.

The casualties sustained by other countries/battalions were covered as well.  Nothing was however mentioned of GHANBATT’s effort at restoring peace in Leer.  The GHANBATT “story” must be told!

It is worth commending GHANBATT 4 on the good work done during the insecurity situation in Leer.  Congratulations to both the Commanding Officer and the COB in Leer on a job well done.

It should be known that GHANBATT 4 troops had to endeavour numerous risks at the peril of their lives to protect the vulnerable.

The improvement in security, support to the humanitarian agencies and civilians come about through the maximum effort from all members of GHANBATT 4.