The five-member investigative ad-hoc committee formed by Parliament to investigate the bribery scandal that hit the Appointments Committee will commence sitting on Wednesday, February 15, 2017.

A statement from the investigation committee said: “The Special Committee on allegations against the chairman and some members of the Appointments Committee is to start its first public hearing from Wednesday, February 15 – Friday, February 17, 2017.”

The statement also added that the public hearing will be held daily at the Speakers Conference room.

Parliament formed the committee on January 31, 2017 following allegations by the Member of Parliament for the Bawku Central; Mahama Ayariga, who accused the Energy Minister, Boakye Agyarko of bribing the ten minority members on the Appointments Committee with GHc3, 000 each prior to the minister’s approval. 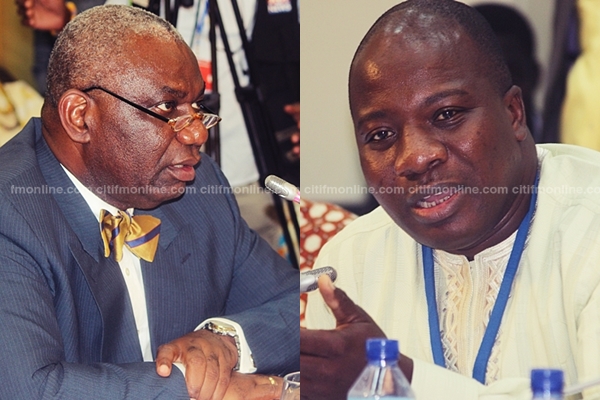 Mr. Ayariga further claimed that the money was handed to the minority chief whip, Muntaka Mubarak, by the Chairman of the Appointments Committee, Joseph Osei-Owusu for onward disbursement, a claim, both Muntaka and Osei-Owusu had rejected.

The Bawku Central MP together with two of his colleagues, Samuel Okudzeto Ablakwa, and Alhassan Suhuyini subsequently petitioned the Speaker of Parliament to investigate the claims.

Composition of the special investigation committee

The special investigation committee is chaired by the MP for Essikado-Ketan who doubles as the Minister in charge of Railways Development, Joe Ghartey.

The Speaker of Parliament, Prof. Mike Oquaye in approving the special committee cautioned members of the House not to interrupt with its work, and also refrain from making comments publicly that will affect the process.

In a related story, the Appointments Committee has postponed vetting of Regional Minister nominees appointed by the President.

Vetting the ministers which was supposed to come off today [Monday] has been postponed to Tuesday, February 14, 2017.