A broadcast journalist with Accra-based Oman FM, escaped death on Thursday night after he was shot by suspected armed robbers.

The journalist, Michael Craigg Afful, who lives at official town, a suburb of Ashaiman with his wife and other relatives, was rushed to the Tema General Hospital for treatment, and has since been discharged.

According to him, the incident occurred around 2:00am on Friday, when he heard some movements on his compound. 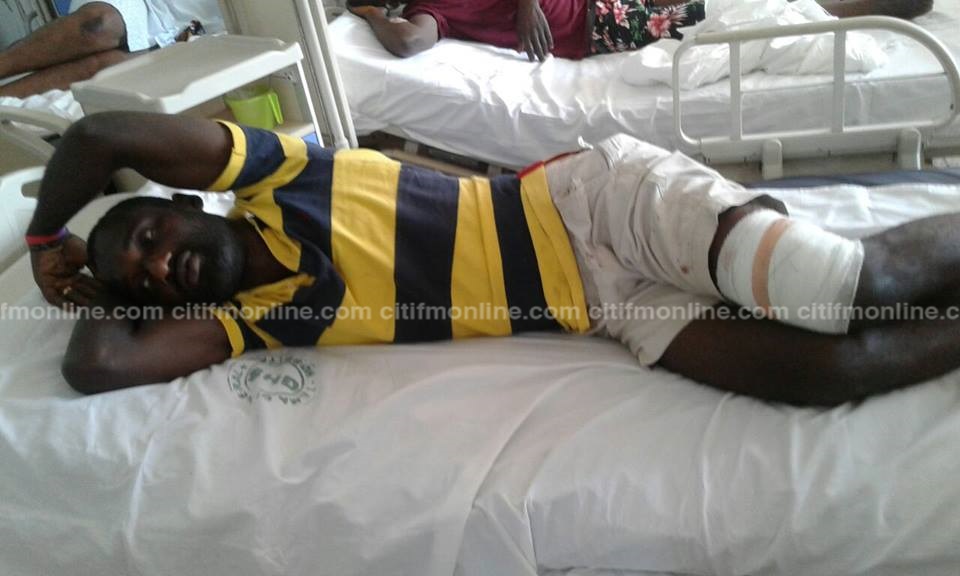 He said when he got up to find out what was happening,  the armed robbers had already broken into his room through the main entrance.

He said was pushed to the floor and asked to surrender all the money he had. He obliged and gave them Ghc1,300  and CFA 3,000.

The robbers also made away for a flat screen LED television and four mobile phones belonging to him and other occupants of the house.

“I was shot in my leg when I attempted raising alarm, they beat me up till I also lost two of my teeth.”