The Ministry of Energy, has assured that power supply in the country will normalize from today, Monday, February 27, 2017.

“We wish to state that with the tie-in operation successfully completed, and coupled with the measures we put in place including procurement of fuel and increased power supply from La Cote d’Ivoire, the [power] situation will normalize from 27th February 2017,” a statement signed by the Communications Officer at the Energy Ministry, King A. Wellington, added.

This comes on the back of an assurance by the Energy Minister, Boakye Agyarko, who previously said the power outages were to be over by Saturday, February 25, 2017.

[contextly_sidebar id=”s84N0ZjRLzVEe5RPGRcKobeunM9thNPS”]The Minister earlier attributed the cause of the recent unplanned power outages experienced in various parts of Accra and other parts of the country to technical works on some of the country’s power plants.

“Following the joint press release by VRA, GRIDCO and ECG on January 3, 2017 in connection with the planned shut down by the Ghana National Gas Company for maintenance and also to allow for the connection and commissioning of the gas supply system from the TEN fields to the Atuabo processing plant, we wish to advise that the work has been successfully completed and its our expectation that power supply will return to normal by February 27, 2017,” the statement noted.

The statement also added that “to safeguard the integrity of the national transmission system and to reduce the possibility of grid instability during the period, government sent a delegation to La Cote d’Ivoire which successfully negotiated an increase in power supply despite Ghana’s indebtedness of about US$60 million to our neighbour as at the end of December 2016.”

The statement however blamed the recent power disruptions in the last three days on severe rainstorms that hit parts of the country.

“With regards to the power disruptions over the last three days, we note that this was not related to a deficit in generation but due to faults triggered by the severe rainstorm that hit parts of the country, particularly in Greater Accra, Ashanti and Central Regions, on 25th to 26th February 2017. The ECG is in the process of restoring power to those who may have been unfortunate to be affected by the outages.”

Below is the full statement: 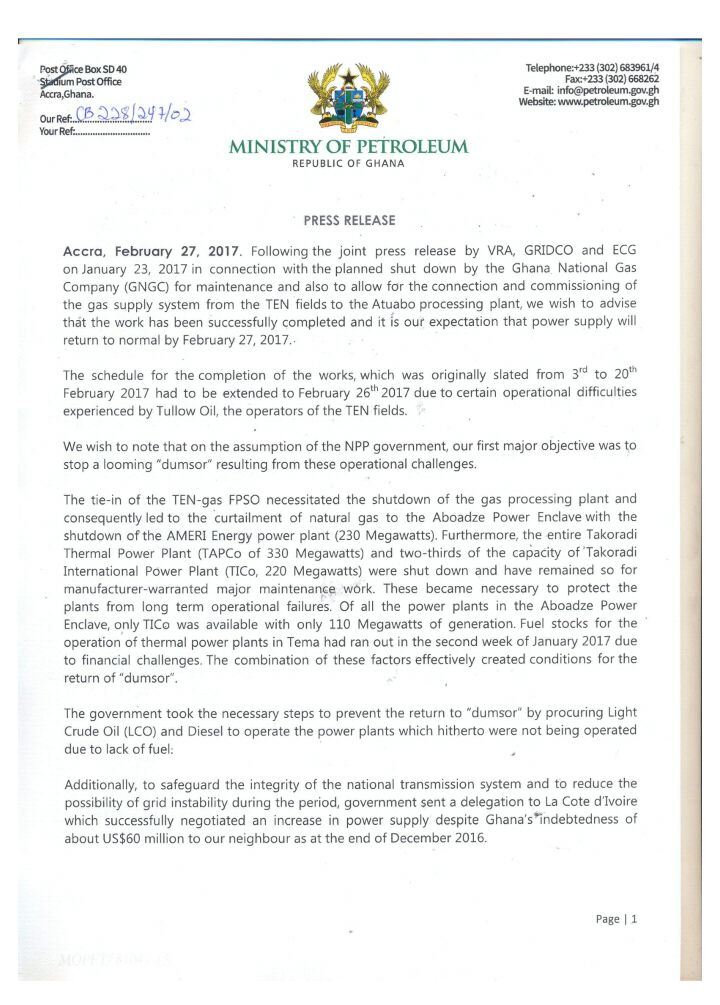 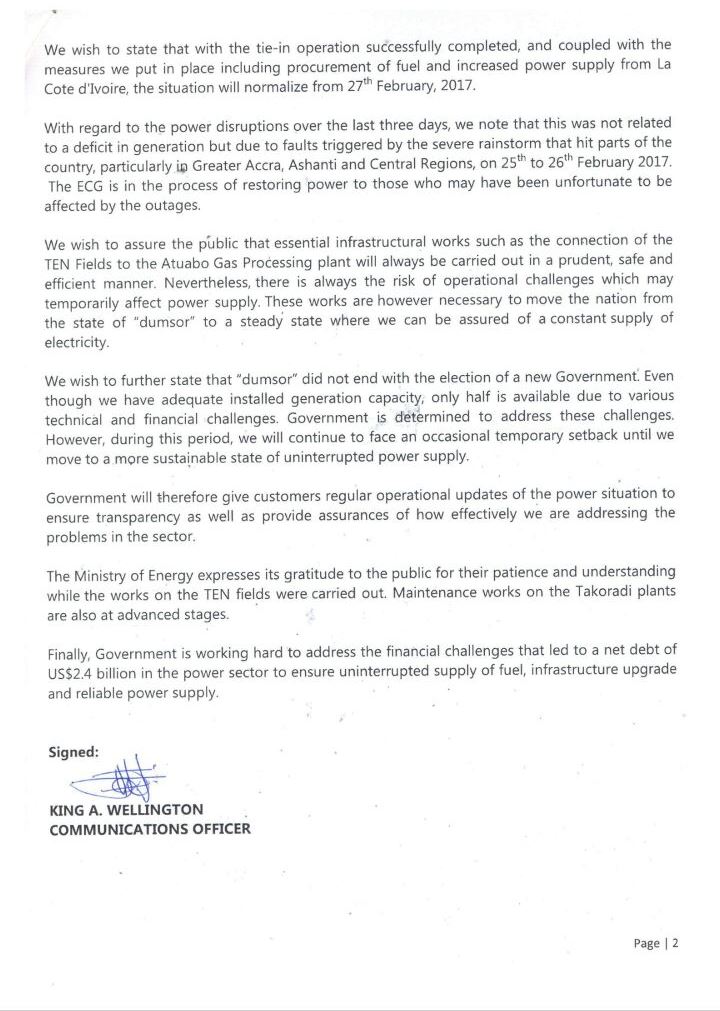